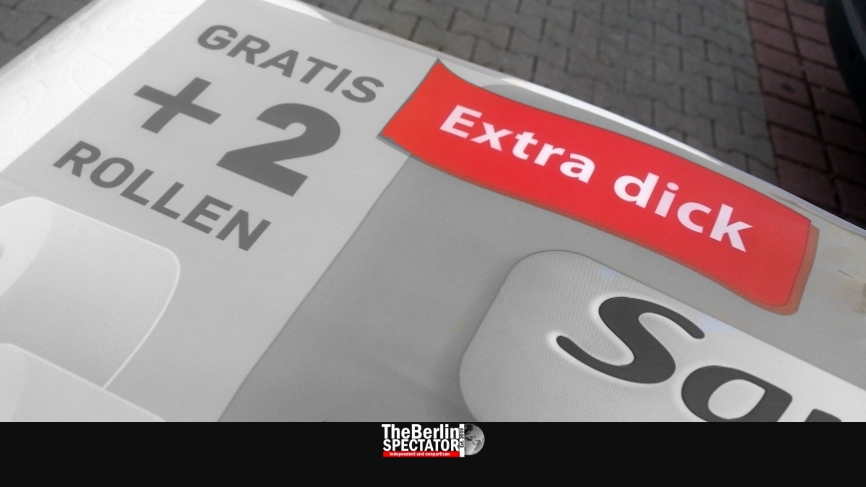 Along with Hungarian, Albanian and Finnish, German might be one of the most difficult European languages to learn. These are some useless examples of crazy words which prove this claim.

“Hell. The entire language is a tongue breaker.”

This is how some non-Germans who need to learn the language, mostly because they are moving to Germany, react to what they hear and read.

“And I am supposed to learn German?”

To be fair: German may not be as bad as it looks at first glance. Both English and German are Germanic languages, meaning they are supposed to have a lot in common.

Take a simple word such as ‘Film’. Yes, the German word for film is ‘Film’. Some German language students try to make the German version of that word sound different, by stressing the ‘i’ too much. As a matter of fact, the pronunciation is pretty much the same. Film (English) equals ‘Film’ (German).

“Oh, thank you. That will solve all of my German language problems.”

Several Words in One

On the other hand, even Germans have to admit that some of their words are long and hard to pronounce indeed. Let’s pick this one: ‘Unabhängigkeitserklärung’.

It’s the German word for declaration of independence, which the Americans know a lot about. There is one simple reason why some German words seem so long: They are several words in one. But, yes, this particular example is a difficult one.

“I already knew that.”

‘Unabhängigkeit’. Independence. In this case, the second ‘g’ can be pronounced like ‘ch’.

Other than that, it is just a long word. ‘Erklärung’. Declaration. That one is not even that difficult.

But yes, German, the language of Goethe and Schiller, does have its peculiarities.

There are words the Germans spell with triple letters. The best example is ‘Schifffahrt’, the word for seafaring. That is because the two original words have a total of three ‘f’. ‘Schiff’ and ‘Fahrt’.

“If that was the only problem, I’d be a master German speaker by now.”

But there are far more crazy word constructions.

‘Dreikäsehoch’ is one of them. The direct translation would be ‘three cheeses high.’ When someone is being called a ‘Dreikäsehoch’, he or she is supposedly as short as three stacked cheeses.

More weird creations, which are frequently being listed as ‘The Most Crazy German Words’ all over the Internet, include ‘Sitzfleisch’, ‘Backpfeife’, ‘Fernweh’, ‘Torschlusspanik’, ‘Innerer Schweinehund’ and ‘Ohrwurm’. But there are some which are usually not being listed.

“Really? I thought these were all of them.”

‘Geschlechtsverkehr’ would have to be translated as ‘gender traffic’ if the actual translation wasn’t ‘sexual intercourse’.

“Now you have my full attention.”

And, to stick to the point, when German bathroom tissue packaging says “Extra dick”, one might think that it might be good to have some spare equipment. But, unfortunately, ‘dick’ is only a harmless adjective which stands for ‘thick’, meaning the toilet paper is extra thick.

“I will study Korean instead.”

A good idea, if you consider that there are German words that change their meaning depending on how they are being pronounced. There is ‘umfahren’ and ‘umfahren’. When the second syllable is being stressed, the word means ‘to bypass (an obstacle in traffic)’. On the other hand, stressing the first syllable will turn the word into ‘to run someone (or something) over’, which is pretty much the exact opposite.