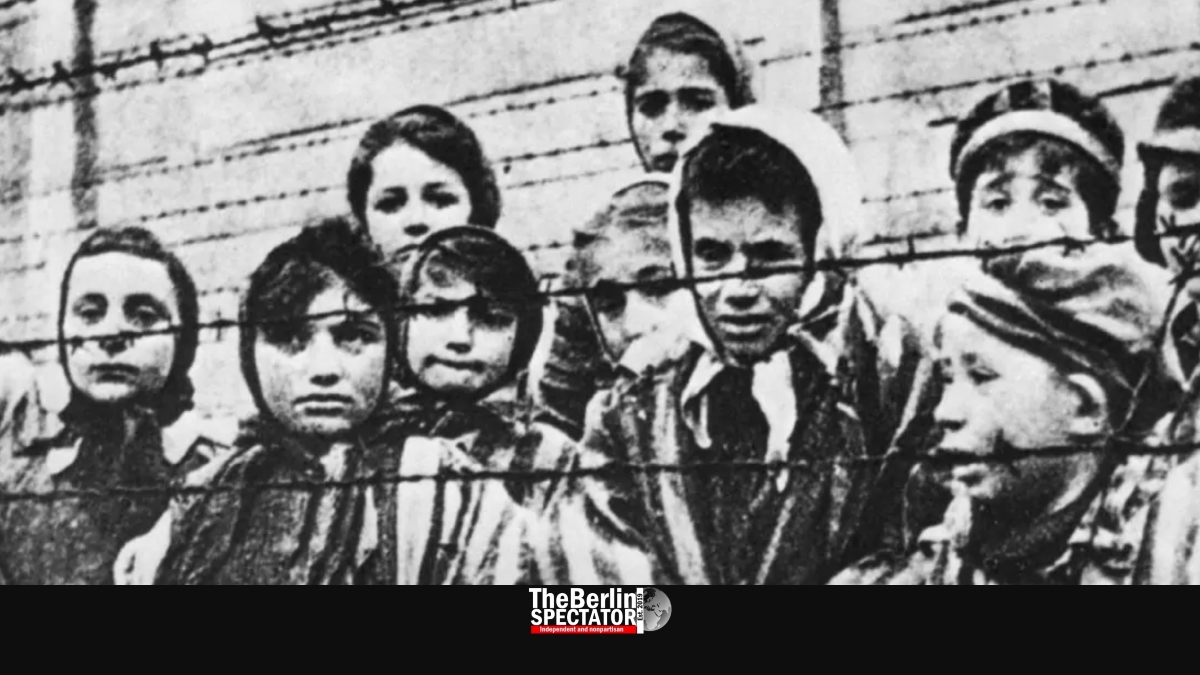 Two weeks ahead of the 75th anniversary of the liberation of the Nazi death camp in Auschwitz-Birkenau, the World Jewish Congress launched its fourth ‘#WeRemember’ campaign. Its purpose is to fight the rising antisemitism and other forms of hatred.

Jewish children, women and men arrived in Auschwitz all the time, on the freight trains they were transported in. Upon arrival, the selection process began. The German murderers sent most babies, toddlers, their parents and grandparents, couples and other Jews straight into the gas chambers. More than 1.1 people were killed in Auschwitz-Birkenau.

Today, 75 years after the death camp’s liberation and the unconditional surrender of Nazi Germany, the leadership of the German party ‘AfD’ wants to have “the right to be proud of the accomplishments of German soldiers in two world wars.” Antisemitism, from the far-right, the far-left and from within the Muslim community, is on the rise on both sides of the Atlantic Ocean.

A lack of knowledge about the Holocaust is another issue the World Jewish Congress wants to fight with ‘#WeRemember’. It is a campaign on social media during which testimonies by Holocaust survivors are being spread, as videos and in written form. Everyone is invited to join the campaign. by uploading photos of themselves with signs saying ‘#WeRemember’.

According to the WJC, the campaign “promotes the importance and advancement of Holocaust education.” It will run through International Holocaust Remembrance Day on January 27th, 2020.

“As eye-witness memories of the Holocaust fade, we are witnessing rising levels of antisemitism, xenophobia and Holocaust denial throughout the world,” WJC’s President Ronald Lauder said in New York. “We must heed the horrific lessons of the past and learn from and share the stories of Holocaust survivors to honor the memory of the six million Jews the Nazis killed and to ensure today’s escalation of hatred does not become a repetition of those atrocities”, Lauder stated.

In invitations sent out to its mailing list subscribers, the WJC says the campaign was intended “to preserve the past and ensure that ‘never again’ truly means never again.”

At the 5th World Holocaust Forum at Yad Vashem in Jerusalem, the 75th anniversary of the liberation of Auschwitz by the Red Army will be commemorated on January 23rd. Four days later, on January 27th, Ronald Lauder, many heads of government, including Germany’s President Frank-Walter Steinmeier, representatives of many Jewish communities and far more than 100 Holocaust survivors will take part in a commemoration event in Auschwitz-Birkenau.

In his speech in front of the participants, Lauder intends to “stress the fundamental nature of awareness and education in fighting the age-old hatred of antisemitism.” On a screen right next to the former crematoria of Auschwitz, photographs of ‘#WeRemember’ campaign participants will be streamed, as a “testament to the Jewish people’s survival in the face of adversity”, the WJC says.

The organization also launched an educational website in cooperation with UNESCO on which the facts of the Holocaust are being shared with the world, and a page about ‘#WeRemember’. Of course there are many resources of this kind. One example of many is Yad Vashem’s webpage ‘The Auschwitz Album – Last Moments before the Gas Chambers’.

The photos Israel’s official memorial to the victims of the Holocaust. uploaded there are very difficult to look at, but they make viewers comprehend the horrors of Auschwitz and the Holocaust a little more. They also show why the fight against antisemitism and comparable forms of hatred, including racism, is a necessity.