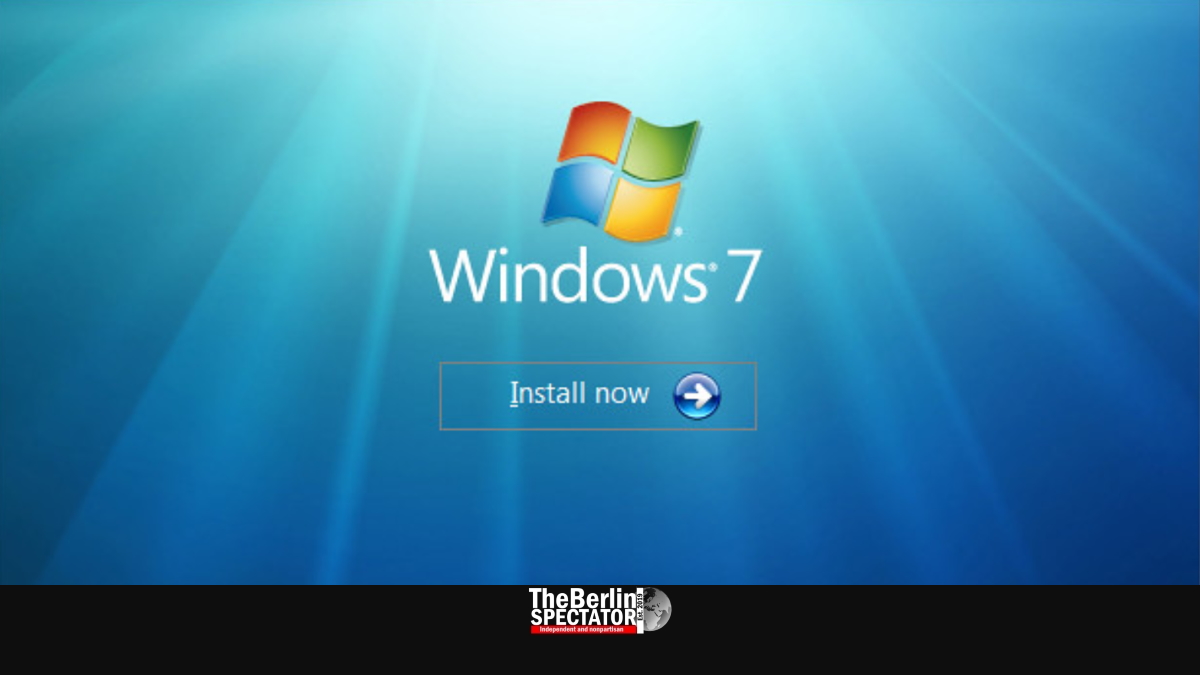 In Germany, the city state of Berlin has not managed to upgrade all computers used by its authorities to Windows 10 on time. The solution to this problem carries a big price tag.

Your mission, should you choose to accept it, is to upgrade 85,000 computers in Berlin’s authorities to Windows 10 before Microsoft discontinues its support for Windows 7, meaning today. This is basically what the city state’s Senate Administration of the Interior was dealing with, because it is responsible for I.T. and computer-related issues.

Windows 7 itself was not the issue, since the operating system worked sort of well with the applications Berlin’s authorities are using most of the time. But the fact that Microsoft will not update the operating system anymore could have led to Internet security problems, at least potentially.

That is why the opposition party FDP warned the Senate last spring. Interior Senator Andreas Geisel reacted on June 6th, 2019, by saying a large part of the 85,000 computers the city state of Berlin was using would be upgraded by January 14th, 2020, meaning by today. He was right. Exactly 79.3 percent of all desktop computers and laptops have indeed been upgraded so far.

Now the Senate Administration of the Interior announced it had dealt with the remaining issue on time, by buying a support extension for the 20.7 percent of all computers that are still running on Windows 7. According to a statement sent out to the media an hour ago, the price for the service was “a larger six-digit figure”, meaning the whole thing cost close to a million Euro.

“Of course we would have preferred to have 100 percent updated”, the State Secretary in charge, Sabine Smentek, stated. She said the upgrade to Windows 10 would take place as quickly as possible. But, she stressed, the computers which had not been upgraded yet did not constitute a security risk. Smentek assured the public that not a single computer needed to be removed from Berlin’s local network.

The support package Berlin purchased lasts for one year. Until mid-January of 2021, all computers owned by the city state should be upgraded to Windows 10. By then, Microsoft might come up with a whole new version of Windows. At least nobody in the administration seems to be using Windows 3.1 anymore. It would probably take 25 years to upgrade those PCs.

Most private Windows users were forced to upgrade to Windows 10 in 2015 and 2016. Even rejecting automatic upgrades by clicking ‘No’ or ‘Later’ did not keep the upgrades to go ahead. This is what they should have done to business users too. Had they done so, Berlin’s computers would probably have been ready to rumble two years ago.