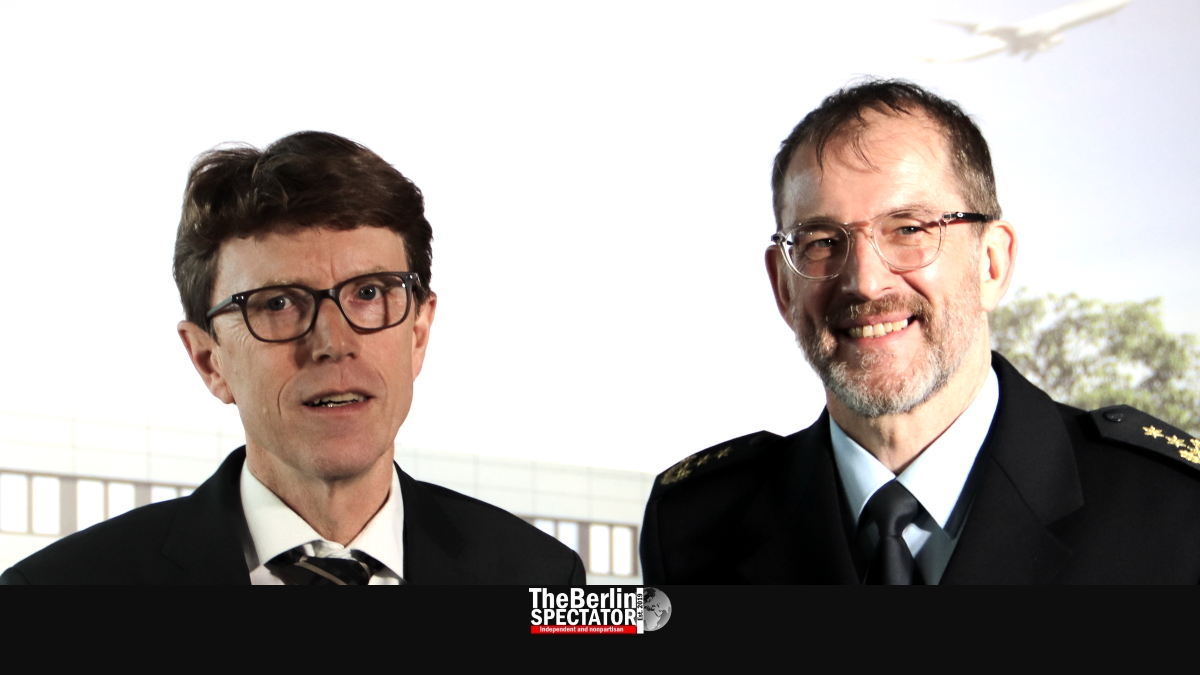 Only a few steps from Terminal 1 of Berlin’s new BER Airport, the topping out ceremony for a federal police building took place today. It is a foregone conclusion that this one will be ready on time.

Since BER Airport in Brandenburg province finally has an opening date that will supposedly stick, namely October 31st, 2020, hardly a day goes by without good news. Today, it was the topping out ceremony for the new federal police building that is part of the airport.

Engelbert Lütke Daldrup, the CEO of the airports operator ‘Flughafen Berlin Brandenburg GmbH’, was on site. He conceded the construction of the concrete building had been “breathtakingly fast” and thanked the construction workers who had done excellent work.

An airport could only be run when all parties involved cooperated well, Lütke Daldrup said at the event. This applied to the police too. He stated he was sure the federal police could install its infrastructure in the new building in spring. Close to 8 million Euro (8.93 million U.S. Dollars or 6.85 million Pounds Sterling) had been invested.

Lüthke Daldrup told the guests at the topping out ceremony the federal police would have to pay rent. This was the way things were done. But they would only cover the airport operator’s costs. Just like Berlin’s federal police chief Karl-Heinz Weidner, he thanked the construction workers and everyone involved for their hard work.

Weidner said his team could hardly wait for the airport to open. The police was ready to rumble and happy about having their own building soon. The latter was very close to BER Airport’s Terminal 1. Therefore his people would be more flexible in their work. For instance, reinforcement could be there in no time, should it be needed.

The erection of the building was celebrated the German way, with meat balls, sausages, potato salad and beer. Another positive news item like this one was was badly needed, due to the delay of almost nine years BER Airport already has. Good news contribute to making the whole endeavor sound like a success story a little more.

In Germany, the federal police deals with security at the country’s borders and at airports. Especially in Berlin, they have many more tasks too, including guarding the Bundestag and the government. In many cases, for instance during large protests, they also support the Berlin police department.

At first, BER Airport will have a new Terminal 1 and a Terminal 5. The latter is actually Schönefeld Airport. The old terminal in Brandenburg province, just south of Berlin, will be needed for a while, since Terminal 1 has a capacity of 28 million passengers per year only, while more than 35 million flew in and out of Berlin in 2019.

Tegel Airport is scheduled to be closed for good on November 8th, once all airlines have moved to BER. Tempelhof Airport, located in Berlin, was closed in 2008.