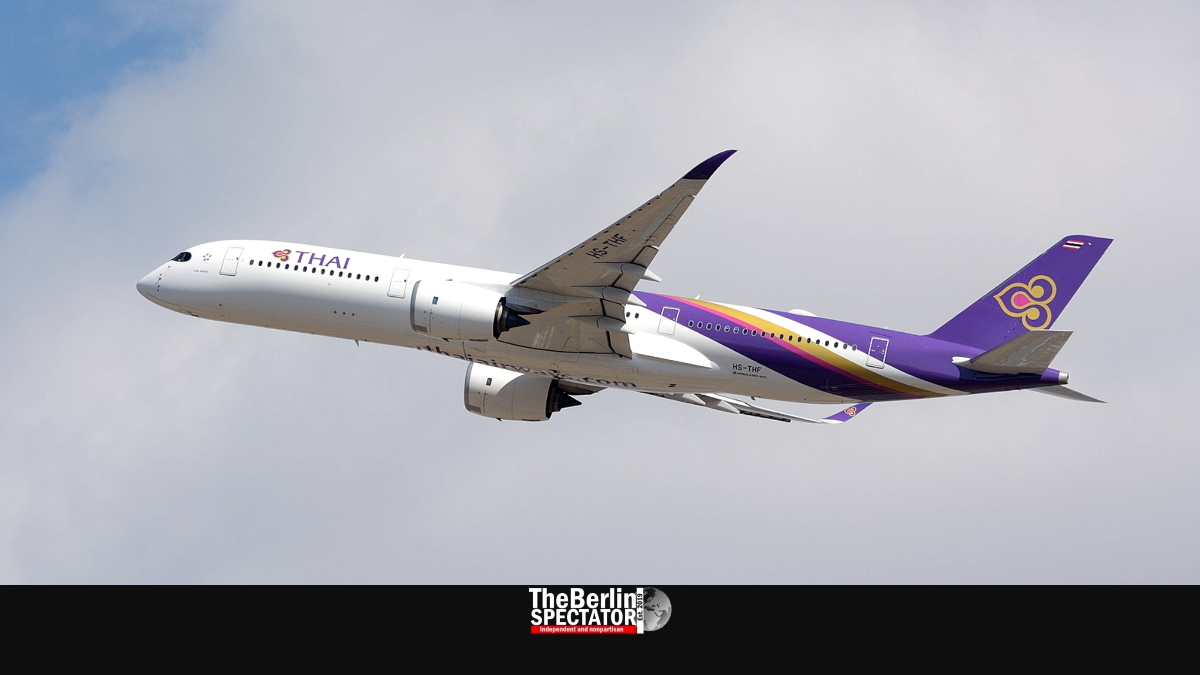 German authorities are investigating what they call a “serious incident” at Frankfurt Airport. An incoming Airbus owned by Thai Airways reportedly flew far too low during its approach.

The incident at Frankfurt Airport took place on January 1st, 2020 and became public just now. A Thai Airways Airbus A350 coming in from Phuket with hundreds of vacationers on board was approaching runway 07R, when its altitude was less than half of what it should have been, the Aero Telegraph reported.

Thirteen kilometers (8 miles) away from the runway, the Airbus A350 was at only 240 meters (787 feet). Usually, landing aircraft should be at more than 500 meters (1640 feet) at that spot. Above the city of Rüsselsheim, the aircraft reportedly flew even lower.

The pilots noticed the issue just on time. Once they became aware of the fact they were flying far too low, they aborted the landing and went for a go-around by setting the engines to takeoff thrust. The aircraft landed safely at Frankfurt Airport some 15 minutes later.

Apparently, the Thai Airbus A350-900 could have crashed, had the pilots not resolved the issue by aborting the landing. The German Federal Bureau of Aircraft Accidents Investigation (BFU) is treating this case as a serious incident. Due to the ongoing investigation, no details were announced by the authority. It might take weeks until there is an official statement.

According to the Aero Telegraph, the BFU confiscated the aircraft’s black boxes. They are hoping the cockpit voice recorder and the data box will tell them what exactly went wrong and why. A mistake made by the crew seems a likely cause, judging from the outside.

Thai Airways uses twelve Airbus A350-900s for long distance flights. Eight of them are leased, the other four are the company’s property. The last known incident the airline was involved in took place in 2013, when an A330 skid off the runway in Bangkok. In 2001, a Boeing 737 exploded at Bangkok Airport while on the tarmac. One flight attendant was killed.

The airline’s last crash occurred in 1998 at Surat Thani. The crew of an Airbus A310 failed to land properly, under difficult weather conditions. A total of 101 people died and 45 were rescued.

At Frankfurt Airport, the last reported incident took place in November, when a Korean Air Boeing and an Airbus owned by Air Namibia collided on the tarmac. Nobody was injured.