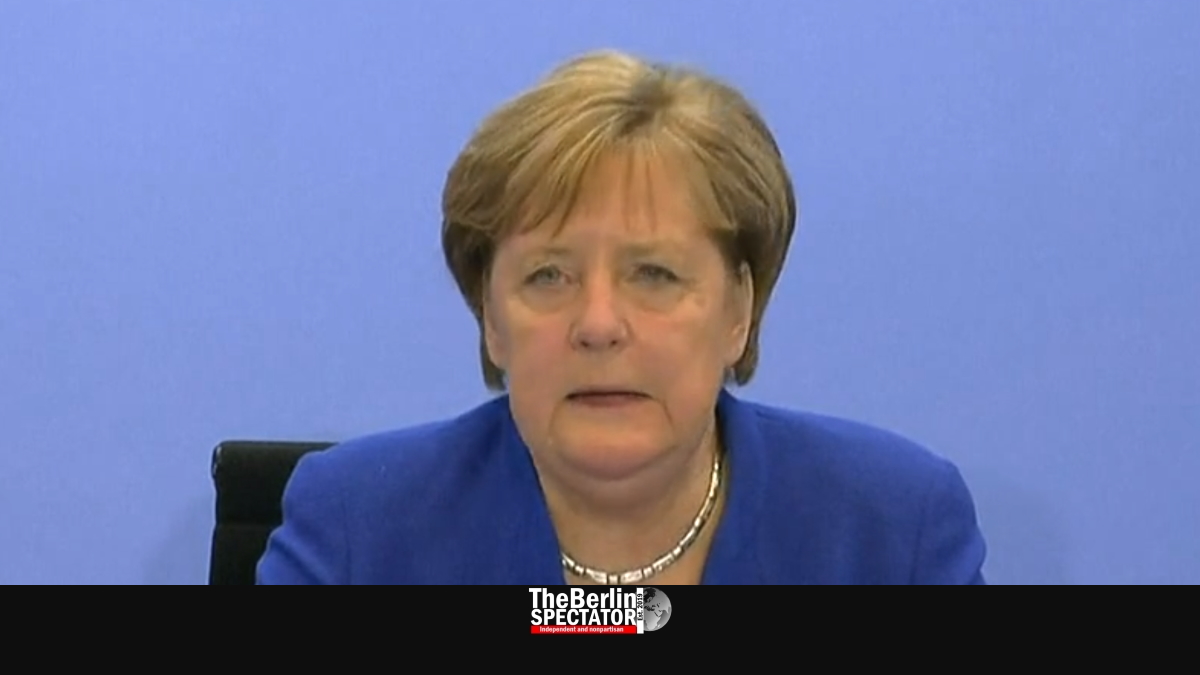 The participants of the Libya Conference organized by Chancellor Angela Merkel’s government agreed to an international mechanism designed to end the hostilities in Libya. It includes a U.N. arms embargo and other aspects.

When Angela Merkel, the Secretary General of the United Nations, António Guterres, Germany’s Foreign Minister Heiko Maas and others held a press conference in Berlin on Sunday night, they introduced the outcome of the Libya Conference which they see as a first step on the way to peace and stability.

End of Military Support to Factions

The international mechanism they agreed to with Presidents Erdoğan, Macron, Putin and the other participants includes an arms embargo and an end to the military support certain countries have given the warring factions. “We have determined that everyone agrees that the weapons embargo needs to be respected”, Merkel said.

She stressed there was no military solution to the conflict in Libya. Any attempts of this kind would only increase the suffering of the people there. The Libya Conference had been an impulse which had been intended to support the United Nations’ efforts there. Of course the arms embargo needed to be monitored, Merkel said. But she refrained from committing to any military deployment for that purpose.

A disarming of the rebels in Libya is another aspect included in the agreement. Violations of the ceasefire are supposed to be sanctioned. Also the country’s institutions will be strengthened. Merkel and her colleagues are hoping these steps will end the civil war which broke out after the toppling and killing of Libya’s former leader Muammar Gaddafi in 2011.

Talks with al-Sarraj and Haftar

The European Union’s Commission President Ursula von der Leyen said she was satisfied with the conference’s results. So did Secretary General António Guterres who thanked the German government for the initiative. Putin, Erdoğan, U.S. Secretary of State Pompeo and other participants had already left before the press conference.

Merkel said she and Foreign Minister Maas had initially held separate conversations with Libya’s Prime Minister Fayez al-Sarraj and General Khalifa Haftar. They had not been regular participants of the conference and had rejected direct talks, so far. Al-Sarraj controls a relatively small part of Libya, including Tripoli, the capital, while Haftar’s forces are spread over a large part of the country.

Merkel’s government generally wants peace and stability in Libya. At the same time Berlin knows that only an end to all hostilities there can lead to a decrease of the number of refugees who come to Europe via the Mediterranean, or who drown trying.

In Berlin, police closed the better part of the government quarter on Sunday, in order to make sure the Libya Conference and its participants were safe. Thousands of police officers on boats, horses, motorbikes, in helicopters, armored vehicles, buses and vans from several parts of Germany were part of the operation. (Read separate article Crazy Day in Berlin: City Becomes Fortress for Libya Conference)