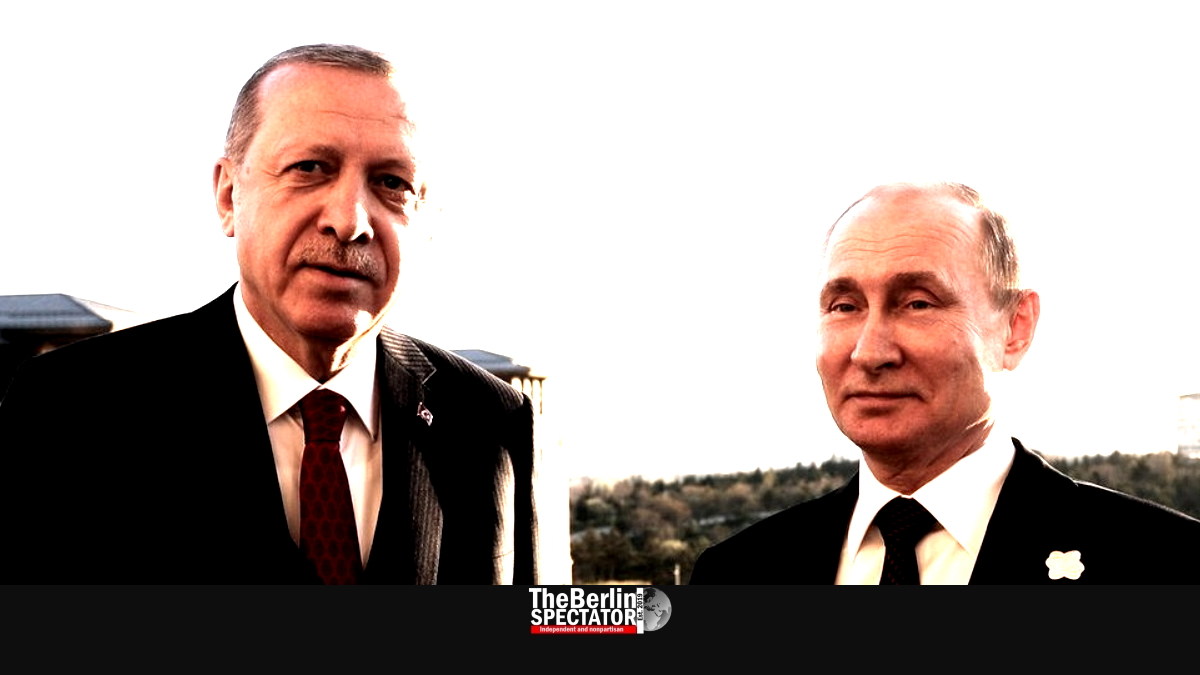 Today’s Libya Conference in Germany brings together players with contrary positions. Therefore a cessation of hostilities and an arms embargo is the best the host, Chancellor Merkel, can hope for.

Germany’s Chancellor Angela Merkel invited French President Emmanuel Macron, the United Kingdom’s Prime Minister Boris Johnson, Turkey’s President Recep Tayyip Erdoğan and Vladimir Putin, the President of Russia. U.S. Secretary of State Mike Pompeo will be taking part in the Libya Conference too. So will representatives of a number of other countries.

Al-Sarraj and Haftar to Take Part

Heiko Maas, the German Foreign Minister, confirmed the participation of the two most important men of the day in Berlin, namely Libya’s Prime Minister Fayez al-Sarraj and General Khalifa Haftar. Libya’s official head of government, al-Sarraj, controls only part of the country.

President Erdoğan supports Prime Minister al-Sarraj. The United States did so for a while, until President Trump suddenly switched over to supporting General Haftar. Washington’s actual position is not entirely clear, while President Putin supports Haftar.

Germany has not really been involved in Libya much. Berlin wants to make sure the hostilities there do not lead to a vacuum which terrorist organizations might fill more than they already have. Also the Germans want Libya to stop human traffickers from taking migrants to Europe or to endanger their lives in the Mediterranean.

Turkey plays an important role and contributed to getting Libya’s warring factions to participate in the talks. Of course Ankara goes into this with economical interests too. The same applies to Russia. It is unclear to what extent President Putin might control General Haftar.

Egypt supports General Haftar too. Kairo wants to weaken Islamist groups in neighboring Libya since those pose a danger to its own country too. The United Arab Emirates are among Haftar’s most important supporters, also militarily. Saudi Arabia funds General Haftar as well.

Prime Minister Fayez al-Sarraj controls small parts of Libya, but those include Tripolis and other key cities, while Haftar’s troops are spread all over the country. Sabha, Tobruk, Benghazi and many other cities and areas are his. On the southern border, the Tubu militia control a large region and ISIS has conquered an area near the capital.

Josep Borrell, the new High Representative of the European Union for Foreign Affairs and Security Policy, has talked about sending European troops to Libya. Berlin is opposed to that kind of path. Instead, the Germans want an arms embargo which is supposed to make sure the warring factions cannot receive weapons from their supporters abroad.

According to a leaked document the German press dissected in the past few days, both an arms embargo and a permanent truce is what the Libya Conference in Berlin will be going for. It remains to be seen whether that goal can be reached.

During today’s talks at the Chancellery, security in Berlin is tight. A no-fly zone was established, the Spree river is closed and a wide security cordon around the government quarter was established. The Berlin police department is being supported by the federal police and thousands of officers from other federal states. (Read separate article ‘Berlin: Libya Conference and Soccer Match to Lead to Tight Security and Traffic’)