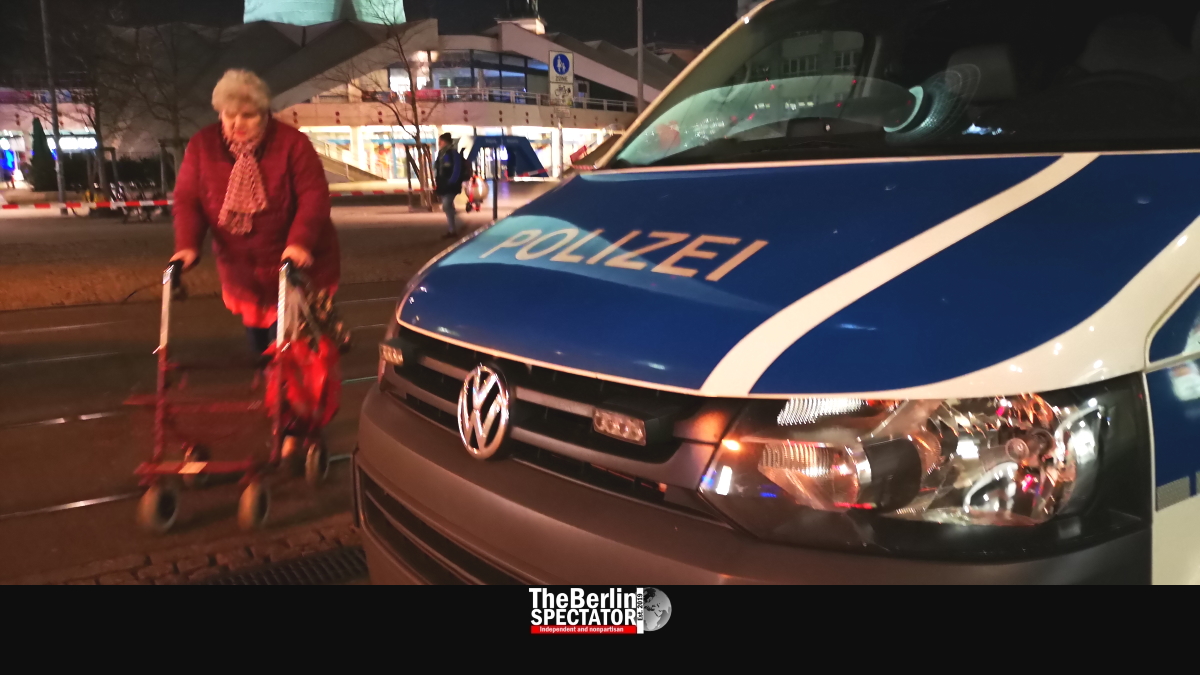 In Berlin’s ‘Mitte’ district, a large WWII bomb was found on a construction site on Tuesday. Police started evacuating thousands of people in the evening. They included Berliners and visitors.

Berlin’s Governing Mayor Michael Müller, the Senate and their staff were evacuated from Red City Hall on Tuesday, due to a World War II bomb find. The latter weighs 250 kilos (550 pounds). A bomb disposal unit was supposed to diffuse the bomb this evening, but the evacuation took time.

Police said some 1900 residents of an apartment block needed to be evacuated first. For this big endeavor, patient transport ambulances were needed. Germany’s highest building, the TV tower, was evacuated as well, along with numerous restaurants in its base building.

At ‘Cancún’, a Mexican restaurant close to Red City Hall, many guests had not even consumed their starters when they were asked to leave. Souvenir shops, the ‘Rathauspassagen’ shopping mall, a large post office as well as large stores in a neighboring building were closed. On top of it all, traffic jams developed around ‘Alexanderplatz’ and Red City Hall.

Police started arriving after 6:00 p.m. local time and began cordoning off a large perimeter. They did not let anyone in and did not make exceptions. Not everyone agreed. Police officers were forced to explain the issue at hand to many people. Several residents complained about not being able to go home.

A spokesman for the Berlin police department told The Berlin Spectator, even the Cubix cinema was being evacuated. But at 7:00 p.m., people still purchased tickets and sat down in the many movie theaters available there. Most visitors at the cash register did not know what was going on around the corner.

At the same time, several entrances of ‘Alexanderplatz’ station were closed. Shortly after 7:00 p.m., most ‘U-Bahn’ train lines were still operational. The RBB radio and TV network reported, some ‘S-Bahn’ train lines were interrupted. All of them were going to be stopped around the bomb find once it was being diffused.

Motel One, a large hotel in the area, was evacuated too. According to a Brazilian guest, neither the hotel nor police offered any detailed information when they made him leave. He said everything he had was still in his hotel room and he did not have any other place to stay. He was not the only visitor confronted with that kind of problem.

Governing Mayor Michael Müller was going to present a film about the 98-year old Holocaust survivor Margot Friedländer, in her presence, at Red City Hall on Tuesday evening. The event with the lady the Nazis almost killed at the Theresienstadt concentration camp was cancelled because of a bomb that was probably dropped on the capital of Nazi Germany, which is now the capital of the free and democratic Federal Republic of Germany, in 1945. Margot Friedländer is an honorary citizen of Berlin.