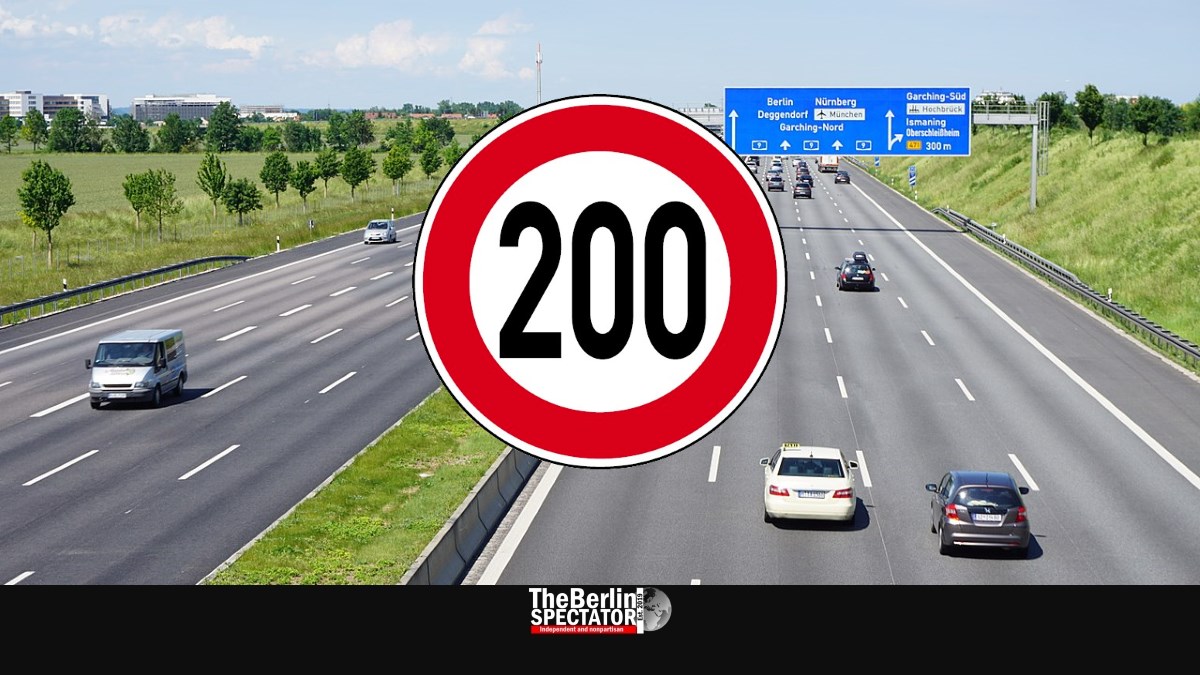 For now, Germany continues to be the only country that does not have a general speed limit on its freeways, the famous ‘Autobahn’. While Transport Minister Andreas Scheuer stubbornly rejects a speed limit, it is clear that it will be coming soon anyway.

Climate protection is nice, unless you want to test your 911’s kickdown. The acceleration that 500 horsepower engine develops presses you into the seat, with g-forces comparable to those experienced by Concorde passengers before that bird was grounded for good.

All of those windmills erected alongside the Autobahn, the cows on the pastures and the rye fields race by. And no, the object you see in the rear mirror is not closer than it appears. Not in this case, because you are driving the 911, while the individual you just overtook at 250 km/h (155 mph) is sitting in a bloody Toyota Corolla.

He is ordinary, you are a hotshot. He is a snail, you are roadrunner, or the ‘accelerati incredibilus’. He will arrive in Hamburg in about 6 hours from now, you will do it 3. He will be overtaken by everyone, you will not be passed by anyone. He drives a Corolla? Seriously? What a boring contemporary.

Maybe. Except his Corolla will consume 4.5 liters of gasoline per 100 kilometers (62 miles), while your Porsche is far more thirsty. It sucks propellant out of that gas tank like a jet fighter. That kickdown and your speed make you use at least 30 liters per 100 km, meaning you will need a refill in an hour, once you killed the first 250 kilometers on the way to Hamburg.

Not only does that Toyota driver, the one you just called an imbecile, spend far less on gasoline, he won’t even need any refill before he reaches his destination. Also there is something called the environment. It will thank that “bearded eco jerk”, but it won’t thank you.

For now, Germany’s Autobahn is a racetrack, at least the parts without any speed limit. Racers also need space. Nobody expects to accelerate his or her Audi RS8 or BMW 760i to 150 mph during rush hour or on the first summer vacation day. It has to be the right stretch at the right time.

Today, mostly male American tourists come to Germany in order to race. It’s called Autobahn tourism. So they rent an M5 and go Porsche-hunting. Of course they tape the entire thing and upload it to Youtube. You want to hit the Autobahn and race? Do it right now, because it will be over soon.

The European Union has set climate protection goals every member state needs to reach, and the Germans intend to try hard to do so. For that reason, the Berlin government cooperates with a commission called ‘National Platform for the Future of Mobility’, which came up with three recommendations last year:

While the second suggestion is part of the so-called ‘climate package’ the Berlin government pushed through the Bundestag a few months ago, Autobahn speed limits are a sensitive subject in Germany. The discussion is definitely not new. When the Saudis pulled the oil plug in 1973, the Bonn government discussed the matter and the green movement, which later developed into the Green party, demanded a 100 km/h (62 mph) limit.

The Auto Industry’s Will

Most German drivers were furious. The General German Automobile Association (ADAC) demanded “unlimited speed driving for free citizens”. On top of it all, the auto industry rejected any speed limit, saying it needed to be able to show the world what their products on four wheels could do.

Why would anyone give a damn what the German auto industry says? Well, because 7.7 percent of the country’s economic output is connected to it, and more than 800,000 people in Germany work for car manufacturers or their suppliers. Germany will do anything, including just swallowing the Diesel scandal, to make the auto industry happy.

But things are changing, including the climate. Today, climate change is not just something muesli-munching environmentalists talk about, but everyone does. The conservatives discovered ecology years ago and they want to appear greener than the Greens. Now something has to happen. But it is a thin red line.

The commission which did research and delivered conclusions believes that, in combination with additional measures in areas other than traffic, the three steps mentioned might help slash the greenhouse gas emissions in half by 2030, if they are being implemented by 2023.

In Berlin, the government is afraid it might have to pay huge fines to the European Union if the pollution in Germany does not decrease drastically. Since 1990, not too much headway has been made. Therefore Chancellor Angela Merkel’s government coalition did use some of the commission’s suggestions for the ‘climate package’.

Like in most E.U. countries, a 130 km/h limit (81 mph) will most likely be imposed on racers rather soon. Only the country with the worst roads, the oldest cars, the worst drivers and one of the highest road death rates in all of the E.U., Bulgaria, has a 140 km/h speed limit on its freeways.

In spite of it all, Germany’s Minister of Transport, Andreas Scheuer, has rejected the commission’s ideas. “Demands which cause annoyance and burden while endangering our prosperity will not become reality”, he told the ‘Bild’ tabloid in 2019. “I reject them.” Yesterday a spokesperson for his ministry stated Scheuer wanted “more intelligent” solutions.

His ally is the Berlin Bundestag, which rejected another attempt by The Greens to get an Autobahn speed limit in October. But those who insist on it are becoming stronger. One of them is one of Scheuer’s colleagues, Environment Minister Svenja Schulze. On Friday she said she hoped Scheuer would be convinced.

There was an aspect that made her more optimistic: The powerful ADAC just threw its rejection of an Autobahn speed limit over the guardrail, meaning Scheuer cannot count on the association anymore, the one which has always stood for “freedom” on Germany’s roads. His support is crumbling. Besides, he may not remain in office much longer because of the Autobahn toll disaster he caused.

Whether Scheuer stays or not, the speed limit will come rather sooner than later. It is a foregone conclusion, also because Germany is entering the age of electric vehicles. Racing those does not make sense because it decreases their range substantially. A limit would also improve the traffic flow on the Autobahn and reduce stress.

There is yet another important aspect: According to recent polls, two thirds of all Germans support a speed limit.