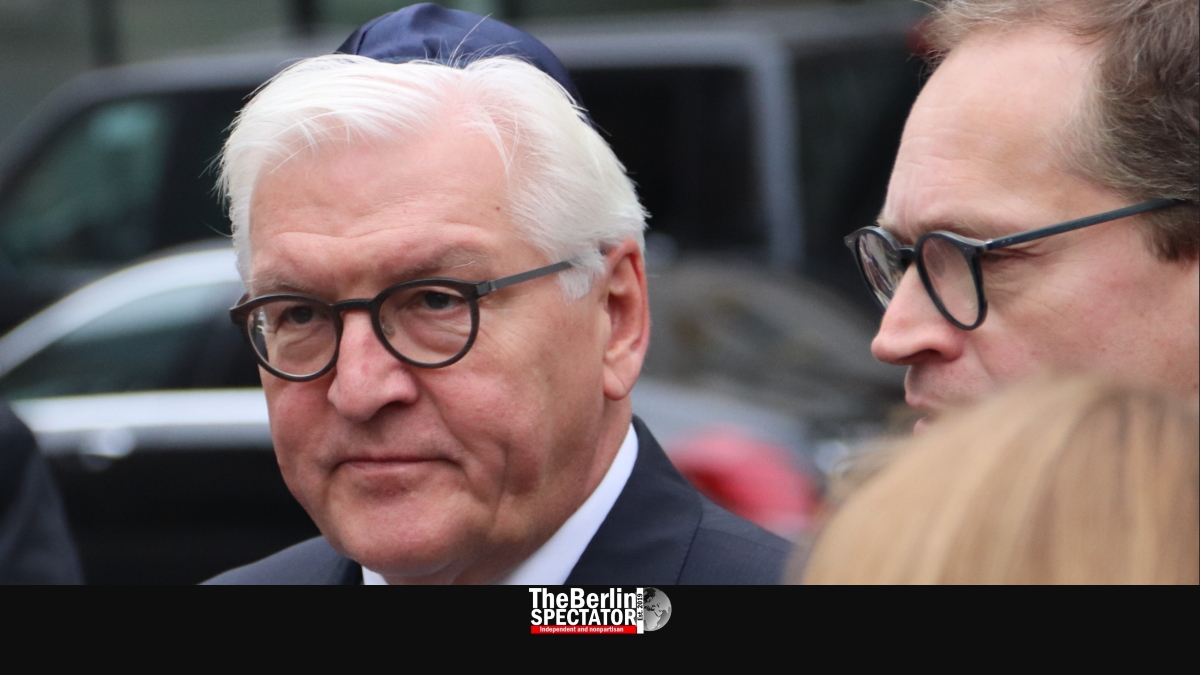 In Auschwitz, Presidents, Prime Ministers, other representatives of many countries, Holocaust survivors and others commemorated the victims of the Holocaust on Monday. Germany was represented by President Frank-Walter Steinmeier.

It was the second time within a few days that Steinmeier took part in a commemoration of this kind. His role as the President of the successor country of Nazi Germany is not an easy one. Yet he held a convincing speech at Yad Vashem the other day. At times he thought the evil was still present, he stated in Auschwitz. He meant the evil which made Auschwitz happen.

“That is why we are here”, he said. Not only was it important to talk about the past. Holocaust survivors were among those who believed it was the responsibility of people today to stand up to any initiations, “including in our country”, Steinmeier said at the commemoration event at the memorial in Auschwitz-Birkenau, at the location where the Nazis murdered more than one million Jewish children, women and men.

“Auschwitz is the sum of völkisch thinking, racial hatred and national fury”, the German President said. It was “a location of horror and German guilt”, a reminder. “We Struggle for words when we want to describe the scope of the horror”, he continued. In Berlin, Steinmeier had met with three Holocaust survivors on Monday morning.

Many speakers at the event at the former Nazi death camp, including Poland’s President Andrzej Duda, warned the remembrance needed to be preserved and a repetition of history prevented. Ronald Lauder, the President of the World Jewish Congress talked about the new rise of antisemitism in several parts of the world.

“In 2020, we hear the same lies the Nazis used so effectively in their propaganda”, Lauder told the participants in Auschwitz. “They said Jews have too much power, Jews control the economy and the media, Jews control governments, Jews control everything. We hear this madness online, in the media and even within democratic governments.”

Due to the more recent developments in the United States and in Europe, Lauder showed pessimism, which he rarely does. “We will never eradicate antisemitism”, he said. “It is a deadly virus that has been with us for 2000 years. We can not look away and pretend that it is not happening. That is what people did throughout the 1930s, and that is what led to Auschwitz.”

Seventy-five years ago today, the Red Army liberated the death camp. The Nazis had already left, not without murdering even more Jews during death marches. More than 7000 survivors were still there when the Soviets came. Some of them were so undernourished, sick and exhausted that they died after the liberation.