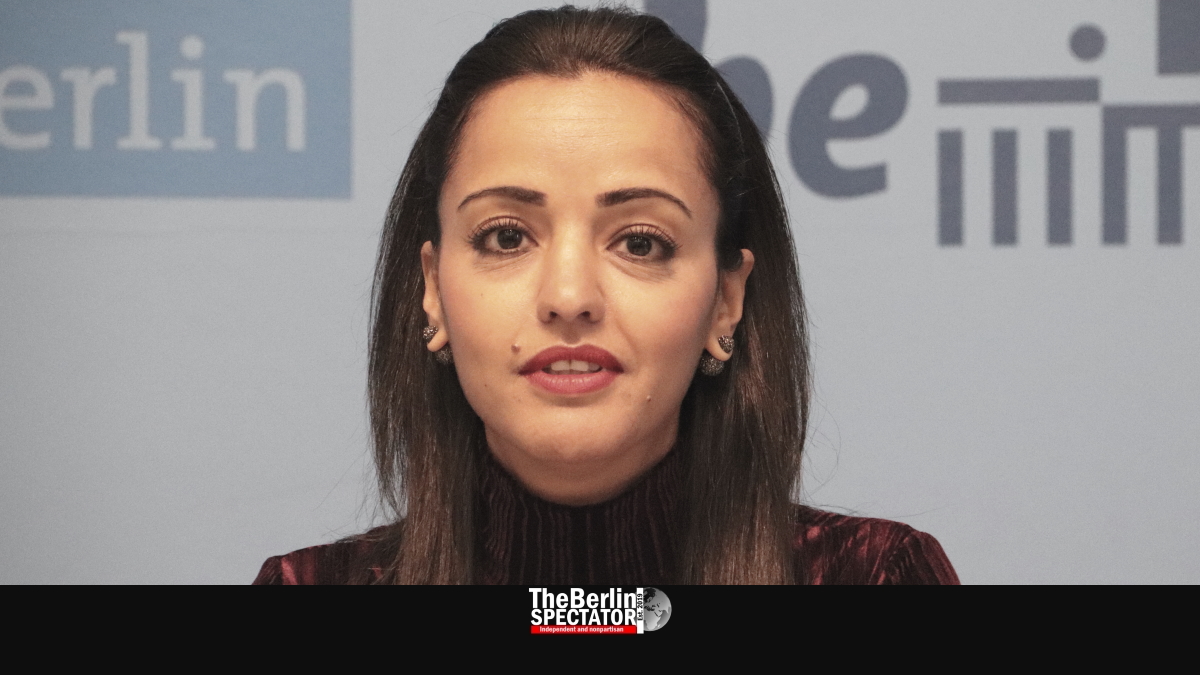 Tens of thousands follow Berlin’s State Secretary Sawsan Chebli on her Twitter channel. She keeps on angering people with statements she posts. Tuesday was no exception.

In Berlin, Sawsan Chebli, the State Secretary for Federal Affairs and Civic Participation at Red City Hall, is known for Tweets she says are “private”. One of her latest ones stirred outrage. It is not the first time, but today she got even more angry reactions than she usually does.

On Tuesday, one day after part of the world mourned six million Jews murdered by the Nazis at the Auschwitz memorial, she tweeted this:

„Sure, what happened back then is sad. But when it comes to the return of hatred, the Jews are not entirely innocent. Just look at the settlement policy, the annexation …” I hear this very often, not from Muslims, Arabs or refugees, but from Germans without addendum.

Chebli, a Social Democrat, added a text box to her Tweet, which looks like it was copied somewhere, but neither did she cite a specific source, nor did followers understand the purpose of spreading this kind of antisemitic statement, even though she marked it as a quote.

This latest Tweet by State Secretary Sawsan Chebli angered Burkard Dregger, the conservative CDU’s floor leader at the Berlin House of Representatives. “And why do you spread this nonsense? You have a responsibility here. Shame on you!”, he replied.

“Mrs. Chebli is spreading classic antisemitic content in the form of a quote”, Dregger told The Berlin Spectator. In that quote, “the Jews themselves are being made responsible for the sorrow they went through.” Dregger added that “the Governing Mayor has to think about how long he can still afford a State Secretary like her.”

“Here Mrs. Chebli just managed to sail past her next Twittergate”, Elio Adler, the chairman of the Berlin-based NGO ‘Werteinitiative’, said. “And she can’t afford many more of those, because, as I heard, she wants to become a member of the Bundestag.”

Arye Sharuz Shalicar, a German-Israeli political scientist, former officer in the Israeli Armed Forces and book author, slammed the post too, but retracted his critical posts later on Tuesday night, saying Sawsan Chebli had agreed that the quote she had spread constituted Israel-related antisemitism. Indeed, that is what she replied to one of the many critics of her post.

One of the aspects that raised eyebrows is the fact that Sawsan Chebli, a German citizen of Palestinian origin, is rather critical of Israel herself, judging from posts of hers which sound like she sees the Jewish state as an obstacle to peace, at least between the lines. But, similar to the post in question, she does not leave many working points critics could use. Chebli’s Tweets on Israel can usually be interpreted in more than one way.

According to the German-language weekly ‘Die Zeit’, other posts of hers have angered people inside Red City Hall, including Governing Mayor Michael Müller. In January of 2019, the publication reported that documentaries about her, or personality interviews on TV, would not be approved by her superiors anymore. But a few months later, she appeared in shows of that kind anyway.

Tens of Thousands of Followers

And she keeps on tweeting to her 59,700 followers, six times as many as Müller has. Many of them now have a new conspiracy theory in their heads, even though it was just a quote: Israel’s settlement policy causes antisemitism. Some followers now ask themselves the same question: How come nobody else has heard this kind of nonsense “very often”?