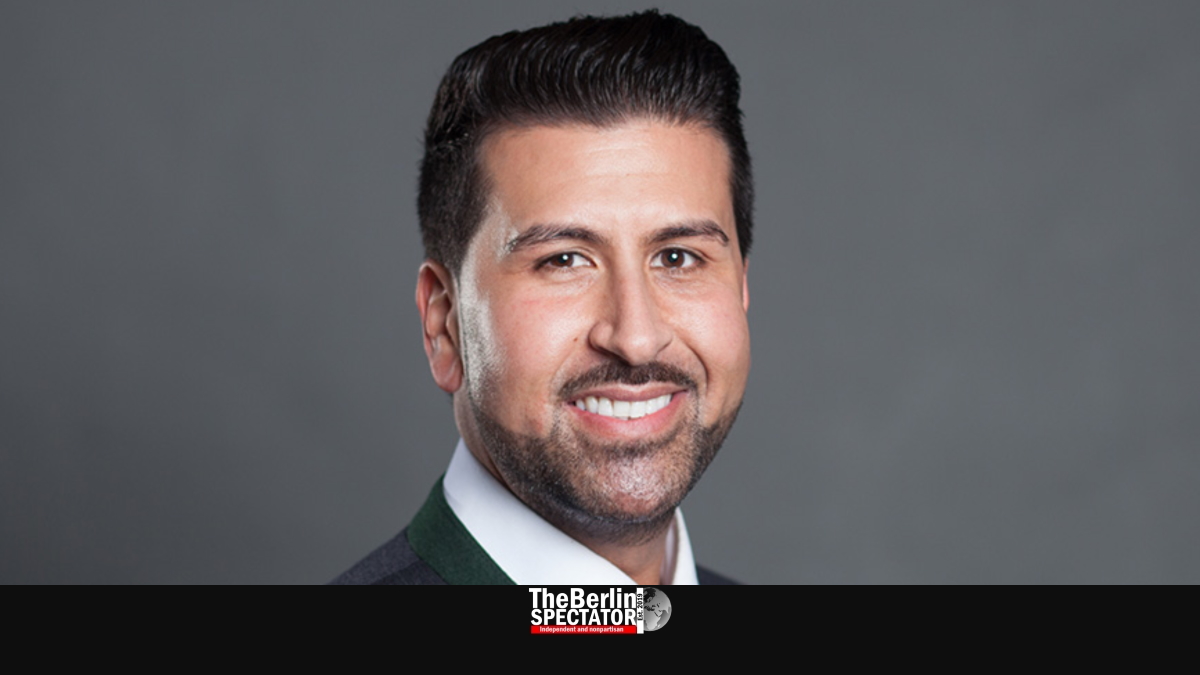 Large German media do not usually cover candidates for mayor in small Bavarian communities. In the case of Ozan Iyibas, things are a little different. That is because he is a Muslim who runs for the conservative CSU.

The CSU (Christian Social Union) is the Bavarian sister party of Chancellor Angela Merkel’s CDU (Christian Democratic Union). In Bavaria, the CDU is not existent, but the CSU is. In the rest of the Federal Republic of Germany, the CDU has attracted conservative voters since 1949.

Down south, the CSU is even more conservative than the CDU is elsewhere. The federal state’s First Minister Markus Söder (read separate article Markus Söder: The Natural) has even established a mandatory crucifix rule. All authorities need to put one up on their wall. Yes, the CSU stands for that kind of conservatism. But this does not mean they are trying to revive the Middle Ages in all areas.

The opposite is the case: Söder and his party wants to be greener than The Greens, more emancipated than the Social Democrats and they love advanced technology more than anyone. Their attempt to fight the extremist right-wing ‘AfD’ by sounding almost like them in the field of migration policies backfired. But that was a long time ago.

While most other major parties in Germany do have Muslim Bundestag MPs, while they appoint Muslims in high positions, the CSU has not really been known to do so. But times are changing in Bavaria too. Ozan Iyibas is proof. He wants to be Mayor of Neufahrn rather than the Muslim Mayor of Neufahrn. But at this stage, his origin and religion are what makes him a media star.

Iyibas does get nasty letters from racist contemporaries. Just the other day, an anonymous sender told him he would belong to Bavaria and the CSU “like that wart on my ass belongs to my body, meaning not at all”. But the opposite is the case: That wart, in case the sender really has one, does belong to his body, and Ozan Iyibas is definitely a Bavarian CSU politician.

Some of Our Features (This piece continues below.)

When he isn’t being asked about his origin, Iyibas talks about local and regional politics. This is what he likes. And he develops a million ideas all the time. For instance, Ozan Iyibas wants to give more priority to primary education, he is fighting for improvements to public transport and its infrastructure.

He also wants to help skilled crafts and trades as well as mid-sized companies, and an intensive communication with the business world. According to Iyibas, any political decisions taken need to be in line with the agricultural policy which is so important in his community located to the north of Munich, and with nature protection.

He wants even more, including better Internet connections, investments into Bavaria’s health policies and hospitals. Volunteerism should be strengthened and supported, he believes. On top of it all, Ozan Iyibas says politicians and other citizens should cooperate and respect each other more.

His agenda shows the following: Iyibas is a young and passionate politician who wants to do everything at the same time. He may have Turkish roots, but he is German, he is Bavarian, he is a CSU member, and he belongs to his home community down there in Neufahrn. He was born there and has been there almost all his life.

Iyibas used to be a banker. He could swap his CV with a Christian neighbor whose great-great-great-grandparents milked cows right there in Neufahrn and nobody would notice the difference, with one exception: Ozan Iyibas is more diligent than anyone, and probably the most hardworking Bavarian of them all.

The coin has a flip side: In Wallerstein, Şener Şahin recently wanted to become candidate for mayor. When parts of the local CSU staged a revolution against the candidacy, because Şahin is a Muslim, he pulled out of the race.