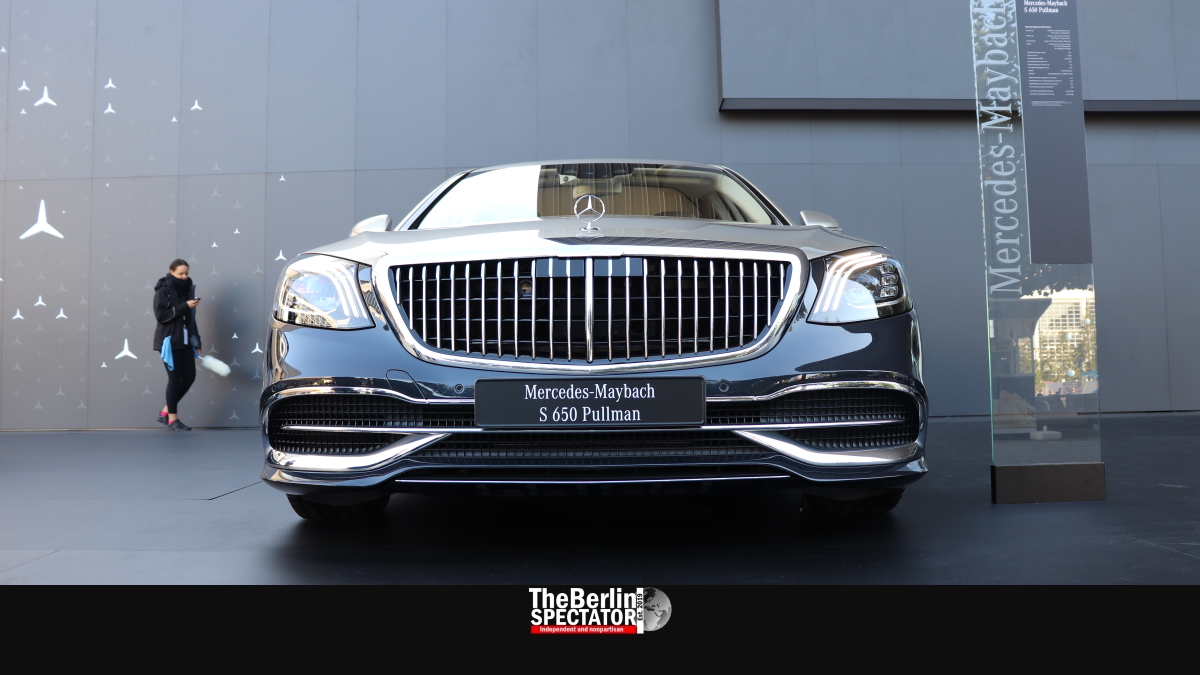 Update March 3rd, 2020: The decision was taken. From now on, the IAA will be taking place in Munich. Berlin and Hamburg lost this opportunity.

The annual IAA Auto Show is a big endeavor. Along with the country’s auto industry, it is trying to reinvent itself. Now it might return to Berlin, where it all started 123 years ago.

Not everyone in Berlin wants the city to lead in the field of mobility, at least not the way one of Germany’s most important trade fairs, the IAA, does. Berlin’s Greens recently rejected Governing Mayor Michael Müller’s plan to make the IAA return to where it commenced in 1897, namely Berlin.

A few days ago, Müller took Berlin’s application to the German Association of the Automotive Industry. When he went there, he had an entourage consisting of the heads of Messe Berlin, the Chamber of Commerce and Industry, the Technical University and even soccer legend Jürgen Klinsmann. Müller definitely pressed every button. He wanted to impress and win.

As it turns out now, the Governing Mayor may have hit the big one. Several applicants are already out of the race, including Frankfurt, where the IAA Auto Show has attracted millions of spectators and auto industry representatives for many decades. Berlin is on the shortlist, along with Hamburg and Munich. In March, a decision will be taken.

In case the IAA returns to Berlin, it will have to be Gluten-free, vegan and woolen. It will have to wear a metal ring on its nose and a giant tattoo of a sunflower all over its chest. Actually, it will have to change, no matter where it ends up. And it already has, in part.

Before the last IAA took place in Frankfurt in September of 2019, its organizers had already announced a “contentual transformation”. The auto trade fair metamorphosed into “Europe’s leading mobility platform”. It was supposed to be all about “the future of mobility”. A new logo, consisting of three simple letters, was supposed to “underline the changes”.

The announcements sounded as if old fashioned gasoline and Diesel engines would be replaced by electric propulsion. And of course many major manufacturers did showcase studies for electric cars, or actual ones that are already being sold. But vehicles with the latest versions of dirty gasoline engines still prevailed.

Mercedes-Benz showed off its latest Maybach S-Class in Frankfurt. It is being propelled by a powerful V8 engine. The new Lamborghini Sián the Italians presented has a V12 motor with 808 horse powers. It will suck dry its gasoline tank rather quickly, especially when driven appropriately. On the other hand, Mercedes did showcase quite a number of electric vehicles too, as opposed to Lamborghini or McLaren.

What these examples are supposed to say is that the reinvention of mobility is happening slowly, especially in Germany. If the IAA comes to Berlin, it will definitely include greener mobility, but the past will not completely vanish for a while. This is not Norway, where 60 percent of all cars sold a year ago were electric.

It all started in 1897, when eight motor vehicles were exhibited in Berlin. Two years later, there were 100 exhibitors. By 1929, 350,000 visitors came to see the latest vehicles at the IAA in Berlin. In the 1930s, Nazi dictator Adolf Hitler started using the trade fair as a propaganda tool. Ten years after the war, in 1955, the IAA was back. This was when the West German auto industry started taking off. For decades, thousands of visitors stared at all of those gasoline-sucking vehicles at the trade fair.

The new IAA, in Berlin, Hamburg or Munich, will have to replace the car hype with something else. They will need to create a car trade fair that concentrates on clean mobility while the big car makers will still want to sell their Diesels too. Soon we will know whether Governing Müller gets his way.