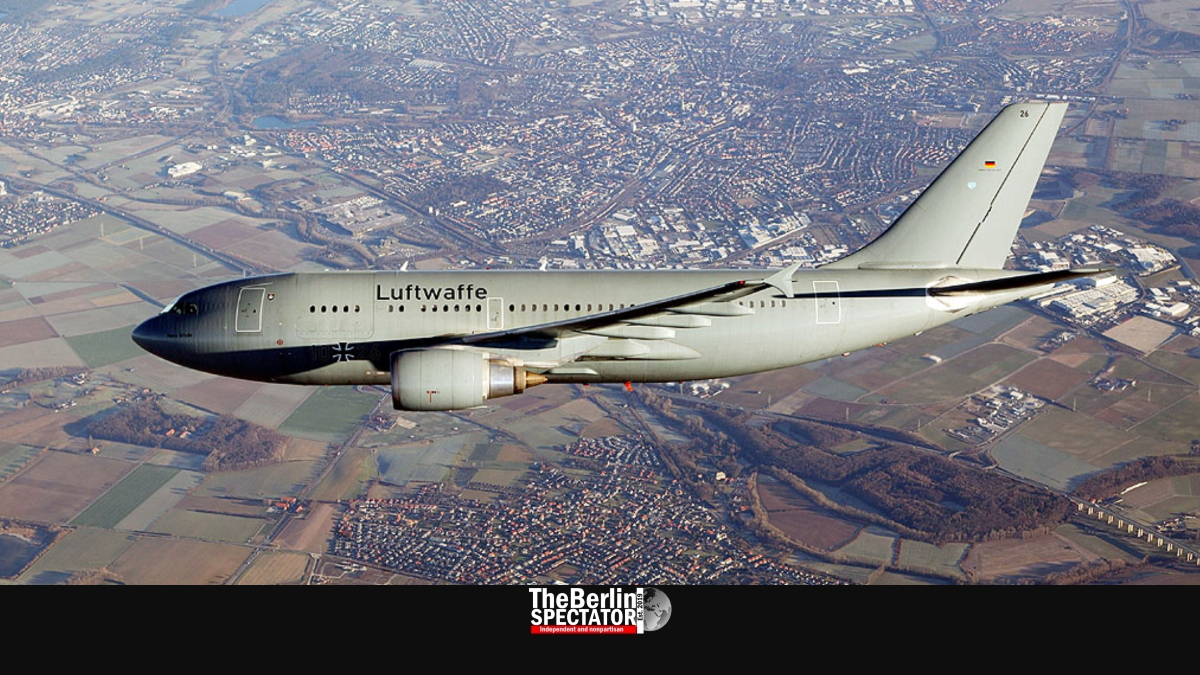 A German Air Force plane will reportedly head took off towards Wuhan in central China today, in order to evacuate some 100 German citizens. They will be taken to a quarantine facility in Rhineland-Palatinate.

After several delays, the German Air Force commenced with the evacuation of Germans from Wuhan, the Chinese city most affected by the Coronavirus. Initially, the rescue flight was supposed to take off days ago. But then it took the Chinese authorities a while to issue a landing permit.

Another reason for the delay was the fact that the German authorities needed time to prepare for the arrival of the ‘Coronavirus refugees’. According to German-language media reports, a team of doctors will be on the plane. So will consular officials. The evacuation is voluntary. In interviews on ‘Deutschlandfunk’ radio, one German who lives in Wuhan refused to be flown out.

The Germans who choose to be evacuated have to agree to be put in quarantine for two weeks during which “their contact options are limited”, as Germany’s Health Minister Jens Spahn put it. A letter sent out by the German embassy says their “mobility” would be “constrained.”

Upon arrival in Frankfurt, the Germans from Wuhan will be taken to a make-shift medical facility in a gym, equipped with 120 cots. Here they supposedly need to stay for up to 24 hours. Afterwards, they will be taken to an Air Force base in Germersheim, located in Rhineland-Palatinate province. Patients who test positive and develop symptoms will be treated at hospitals.

The German Air Force plane will also deliver material for the Chinese Red Cross. According to Minister Spahn, Berlin will cover most of the costs, but the evacuees would need to contribute. It is unclear how much exactly each passenger will be charged.

At this stage, Africa and South America are the only continents without confirmed Coronavirus cases. So far, 9692 people, mostly in China, have been infected, 213 of them died. In Germany, there are now six confirmed cases. Four of them work at the same company in Bavaria. One is a child from one of the families affected. Several suspected cases tested negative or they disappeared from the news radar in the sense that the authorities have not announced the test results.

On Thursday, the World Health Organization (WHO) declared an international medical emergency. On Wednesday, the organization’s Secretary General Tedros Adhanom Ghebreyesus had said he was worried about Germany and other countries in which the virus had spread. In addition, the WHO was concerned about countries that did not have strong health systems, he stated.

Because of the situation, the Foreign Ministry in Berlin updated its travel warnings for China yet again. It now says any trips to China should be postponed. Germans already there are being asked to make arrangements for an early return. The ministry warned all German citizens not to travel to the Hubei province and to get a flu vaccination before embarking on any trip to China. That way, “unnecessary suspected cases” could be avoided.

At most German pharmacies, filter masks are sold out because of fears connected to the Coronavirus. Even the largest wholesalers ran out of them. Other disinfection products are being sold a lot.

In the meantime, 6000 passengers and 1000 crew members on thecruise ship ‘Costa Smeralda’ outside the Italian port of Civitavecchia were given an all-clear. Nobody on board tested positive, the passengers were allowed to leave the ship.