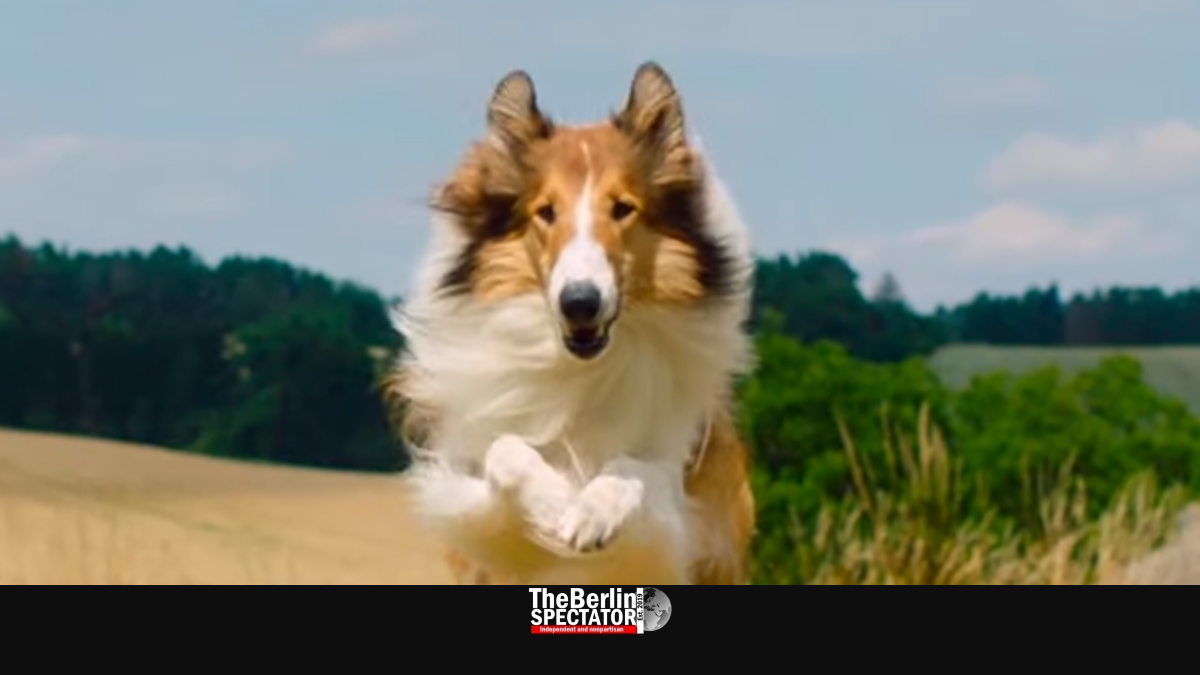 The German division of Warner Bros. and its partners are bringing Lassie back to movie theaters. That way new generations will be introduced to these stories about the best dog on Earth.

Lassie used to be British. The Collie “with intelligent eyes” appeared in a short story by Elizabeth Gaskell in 1859. In this original tale entitled ‘The Half-Brothers’, they get lost in the snow, and the good dog rescues one of them. Later, in the early 20th century, there was a legend about Lassie, a crossbreed. This animal saved a soldier who was thought to be dead.

In 1938, the author Eric Knight revived Lassie. His story ‘Lassie Come Home’ made it into the The Saturday Evening Post weekly that year. By 1940, it was a full-blown novel about a Collie of that name who needs to be reunited with its owner after being given away. Lots of Kleenex must have been used by readers, eighty years ago.

Even more tissues needed to be distributed in 1943, when MGM brought ‘Lassie Come Home’ to the big screen. Pal, a stunningly beautiful Collie, played the leading role. None other than Elizabeth Taylor was in it too. Both the audiences and the critics absolutely loved the motion picture. In fact, it was so good that is needed a million sequels.

‘Son of Lassie’ and ‘Courage of Lassie’ followed. So did a radio series. Until 2005, as many as eleven Lassie movies were made in the English-speaking world. The best thing that ever happened to television was the first ‘Lassie’ series which aired from 1954 to 1973.

At first, the dog in the series lived on a farm and saved people every time. Later, in the late 1960s, it was with rangers. This first ‘Lassie’ TV series was aired all over the English-speaking world. Plus there were dubbed versions, including a German one which the author of these lines was allowed to watch once in a while in the early 1970s. More ‘Lassie’ TV serials followed. None were as good as the first one, as usual.

Now the Germans are finally bringing ‘Lassie’ Back. The motion picture is scheduled to hit big screens in Germany on February 20th, 2020. ‘Lassie Come Home’ is the English title of this version, while the German title is ‘Lassie – Eine abenteuerliche Reise’ (‘Lassie – An Adventurous Journey’). It was filmed in Berlin, Schleswig-Holstein province and in Czechia.

Florian from southern Germany is twelve years old. ‘Lassie’, the Collie, is his best friend. Then Florian’s father loses his job, they move to a small apartment and need to give away the dog. But ‘Lassie’ returns to him. This is the updated and germanized plot of the very first ‘Lassie’ movie released in 1943. The Kleenex consumption in Germany and elsewhere will probably skyrocket.

The main actor’s name, meaning the dog’s name, was always listed when movies or serials were made in Hollywood. Pal was the first ‘Lassie’. Boy, Howard, Mason and Dakota followed. But the Germans failed to list their main actor in their preview texts. At least they should do so on the big screen. Woof!