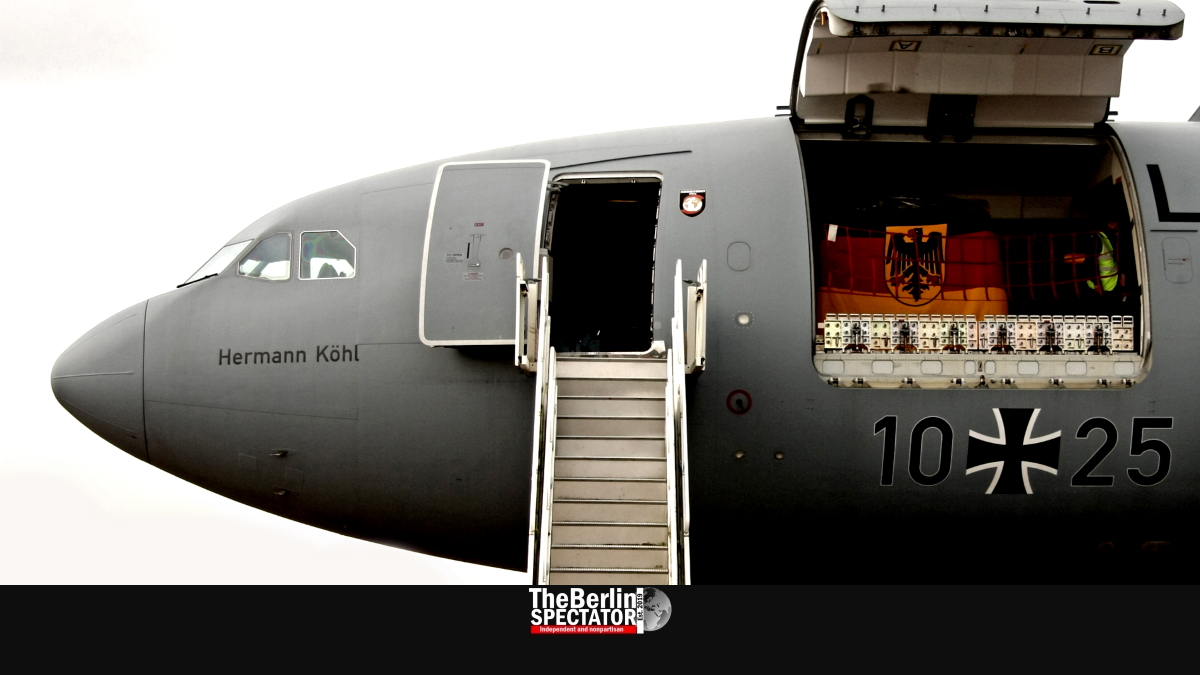 The evacuees from the Chinese city of Wuhan will be in quarantine for at least two weeks. They were picked up by an Air Force jet. Doctors were aboard the Airbus A310.

At first, the evacuees will have to stay at a gym near Frankfurt Airport for 24 hours. Forty doctors are supposed to examine and observe them, before they spend their first night back in Germany on cots. Some of the doctors in charge are part of the Red Cross, others are employed by Frankfurt Airport’s clinic and the local health authority in the city. According to the ‘Bild’ daily, most of the evacuees are German.

The same publication reports Russia had denied the German Air Force plane landing rights at the last moment. Since the A310’s range is not long enough, meaning it could not reach Frankfurt without refueling somewhere. The Air Force revised the route. A short stop was made in Helsinki before the aircraft landed in Frankfurt in the late afternoon on Saturday.

In the history of the Federal Republic of Germany, this kind of evacuation of citizens who are being forced to stay in quarantine for two weeks is a unique event. Other countries have evacuated their citizens as well, as the Coronavirus keeps on spreading, especially in China, where more than 11,000 people are infected. According to the Beijing government, 259 people have died so far. Earlier this week, German expert had said the death rate was 2.2 percent.

The German evacuees were supposed to be taken to an Air Force base in Germersheim, located in Rhineland-Palatinate. Patients who test positive and develop symptoms will be treated at hospitals. The others will need to stay in that facility in Germersheim for two weeks. One of the issues is that scientists do not yet know exactly how long the incubation period is.

On Saturday morning, the number of people infected with the Coronavirus in Germany officially stood at seven. All of them live in Bavaria. One is a child. According to the Bavarian Health Ministry in Munich, a man from Fürstenfeldbruck was the latest confirmed case. He and four other infected patients are being monitored and treated at the Schwabing Hospital in Munich.

The 52-year-old man whose infection was confirmed on Friday had minor symptoms, the Munich ministry said, while the other four Coronavirus patients at that clinic hardly had any. Most infected Germans work at Webasto, a contractor for the German auto industry. One hundred and twenty-two of the company’s employees were tested negative.

In the case of another German citizen, the Spanish authorities confirmed a Coronavirus infection on the island of La Gomera, where a total of five people had been examined. The individual reportedly was in contact with one of the infected persons in Bavaria. The German citizen is the first Coronavirus case in Spain.