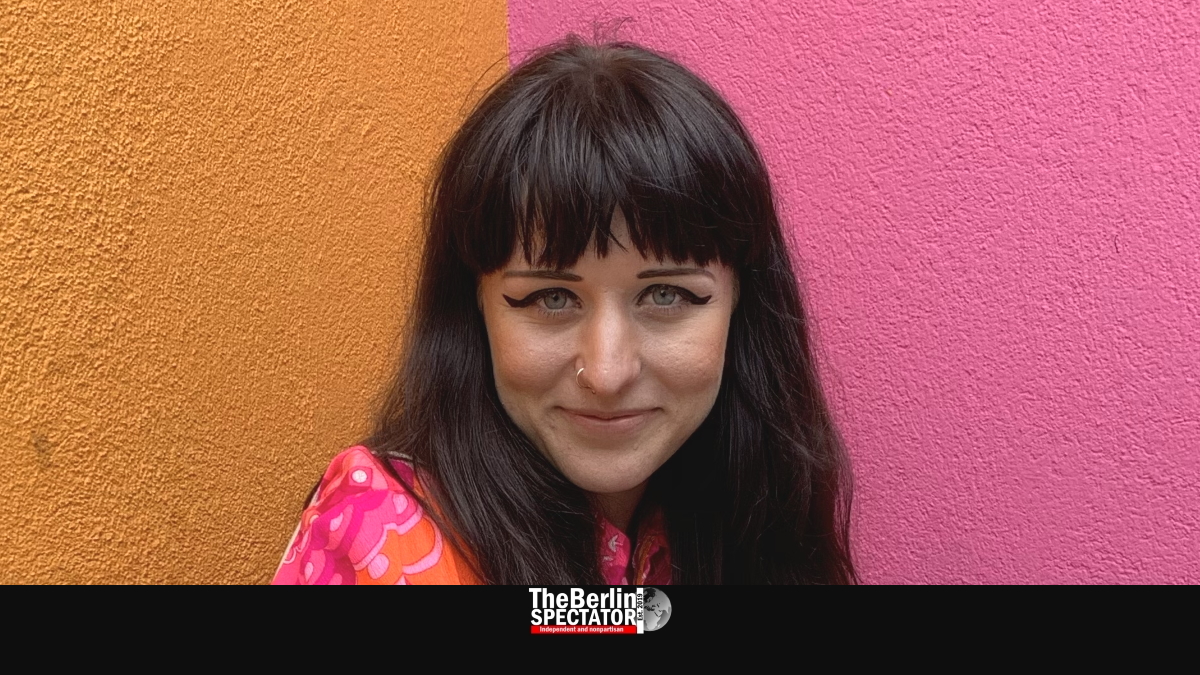 Berlin accommodates countless expatriates from all over the world. Some of them are artistic creators like Alyssa Schleger from California. In her case, it is about retro fashion. She came to the right place.

Three years ago, when she was 20, Alyssa Schleger, a very bright young woman, left California for a continent called Europe. In London, she found a different approach to life and creativity. It was exactly what she wanted. Motivated by what she learned while studying fashion marketing in the United Kingdom, she founded a retro fashion page called Thee Cultivator.

“It was more like a hobby at first. It was really for me to wear. Then I realized I could sell this kind of fashion”, she told this publication. Retro fashion has always had its fans. Now, 1960s, and 1970s colors and styles are very fashionable, both in the United States of America and parts of Europe.

In San Francisco, where Alyssa Schleger had gone to school earlier, it turned out to be easy to find retro clothing. “Because there you had the Summer of Love movement. But people outside of the city also wanted it”, she remembers. Alyssa Schleger may have been born three decades after that movement, but enjoys wearing 1970s fashion too.

“In 2018, I started doing this alongside going to university in London”, Alyssa Schleger says a year later, in a vegan restaurant located in Berlin’s artsy ‘Kreuzberg’ borough. The young woman who traded the Californian sun with the London and Berlin rain arrived in the German capital in the summer of 2019.

“I feel at home in Berlin in ways I never have before in any other city”, she wrote just days ago, in a piece for The Berlin Spectator, entitled ‘Alyssa Schleger: A Creative’s Perspective on Berlin‘. “A beautiful collage of unique individuals from all around the world, the city accepts all perspectives, styles, and forms of creative expression. This makes the city a hub of inspiration for creatives.” This is exactly what brought her to Berlin.

Once she was here, Thee Cultivator became the project she really got into. Suddenly, her business took off. Because what Alyssa Schleger offers in her shop is always unique, the right descriptions are essential. How about a ‘Vintage 1970s Tan Suede Psychedelic Grooves Cape Poncho’ or the ‘Vintage 1960s Mod Studded Cream Leather Glam Rock Buckle Belt’? These items sound as awesome as they look.

“In Berlin I find a lot of German vintage, with the ‘Made in West Germany’ tags still there, whereas in London the stuff comes from everywhere.” All in all, the difference in styles between those two European cities was not that big, the retro fashion expert from the States states.

Fashion and the Environment

But “in Berlin, the perception of vintage is different. It is more common for people to wear it here than in London. I believe this may have to do with the popularity of fast fashion in London. Everything is so cheap and available to you”, even more than in Berlin.

In London, there might be a stigma in the general public according to which vintage is dirty. “But there are tons of people who love it.” In London it was more about staying with the trends and buying fashion at stores like H&M, Alyssa Schleger says. “Over here, people see they have the choice between buying something from ‘Zara’ or the vintage shop, and they tend to choose the latter.”

As it turns out, “Berliners are more conscious in terms of what they are buying and the impact on the environment as well.” Real retro fashion, the kind which was not recreated but made decades ago, is cleaner today because no chemicals get into rivers or the ground during any production process. Recycling clothing is definitely more healthy for everyone, and when it is stylish like the fashion offered at Thee Cultivator, people aware of environmental issues will feel good about it.

“To me, it was always about vintage shopping. It was something I really enjoyed. I liked putting together looks that no one else had. It is a very unique way of self-expression”, Alyssa Schleger explains. “Once I started to learn about how bad fashion is for the environment, it became something deeper. It was about using the clothing that already exists.”

Colors is what it was all about during the Flower Power and Woodstock times. The fashion from those times will never be mistaken for anything else. “The tinctures used were much more saturated, they looked much more vibrant. You won’t see clothes like these today. I have a floral blouse with all of these rainbow colors. You never see anything this bright today.”

Well, you do at Thee Cultivator. From Berlin, Alyssa Schleger sends orders to the United States, but also to customers in Europe, including Germany. Most are excited about their purchases and give the store on the Etsy platform five stars.

Because of all the orders, Alyssa Schleger, the new expat in Berlin, needs to work all the time, including at night and on weekends. Recently there was an issue with the shipping company. Suddenly dozens of parcels were sent back to her because the rules had changed and nobody had told her. So much for German bureaucracy.

When she can make some time in between, for a few hours here and there, Alyssa Schleger loves to discover Berlin, experience a gig and meet her new friends. Another thing she does not have that much time for these days is photography. If she could, she would shoot Berlin all the time.