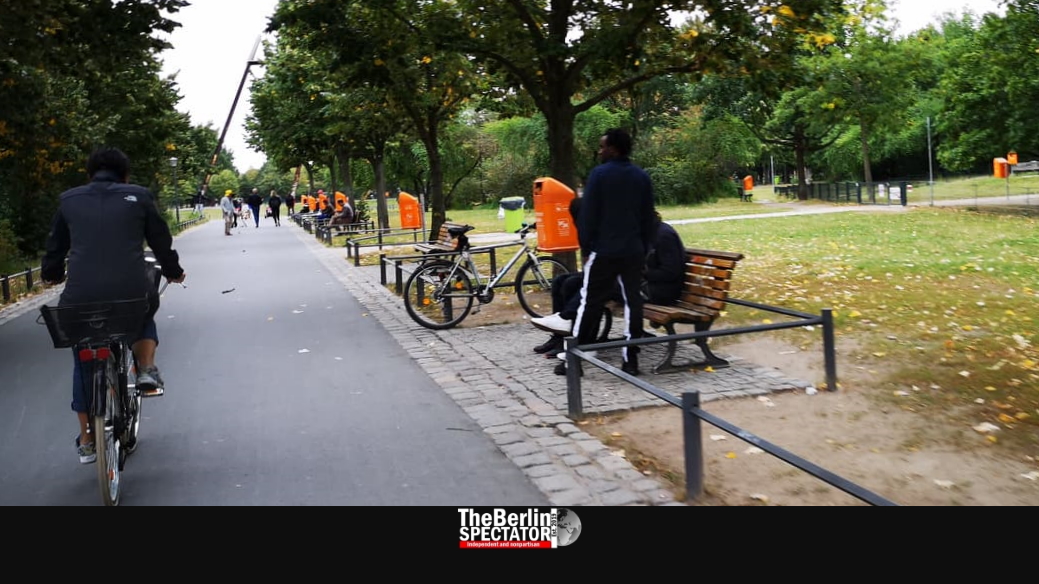 Enough is enough at ‘Görlitzer Park’ in Berlin’s Kreuzberg district. At the city’s police HQ, a new plan is being developed. Its purpose is cleaning up the mess drug dealers create.

As recently as November, Berlin’s police department announced a new strategy in the war it is waging against drug dealers at certain places in the city, including ‘Kottbusser Tor’ and ‘Görlitzer Park’. Now the fight will supposedly stepped up even more. The ‘Morgenpost’ daily reports, the police were in the process of developing a new concept for operations there.

The changes announced in November had to do with a restructuring reform within the Berlin police department. ‘Hot spot units’ are now checking problem areas more than before, including ‘U-Bahn’ train stations and ‘Görlitzer Park’. But the new concept the police leadership around chief Barbara Slowik is now preparing goes a big step further.

According to the report in the ‘Morgenpost’, the new concept initially was supposed to take effect right now. But it looks like the implementation is delayed because the plan has not been finalized yet. It was still at the “draft stage”, police spokesman Thilo Cablitz told the paper. The fact that police chief Slowik and her people are working on this concept shows they are taking complaints from residents around ‘Görlitzer Park’ seriously.

The concept will be taken to the streets “as soon as possible”, the press office at the police headquarters at the former airport in Tempelhof says. Cases involving drug dealing at and around the park will supposedly be solved persistently along with related kinds of crime, the concept paper says. Those are theft, robbery and assault. At this stage, the situation at ‘Görlitzer Park’ in Berlin’s Friedrichshain-Kreuzberg district is not improving. The opposite is the case.

Some of our Features (This piece continues below.)

While most drug dealers at ‘Görlitzer Park’ are from West Africa, most individuals who concentrate on theft in that area seem to be from Northern African states. The drug mafia at the park is well organized. They have scouts at all entrances, messengers on bicycles and dealers. Increasingly, the dealing itself seems to be happening outside the park, while the acquisition of customers takes place in the park.

The police plan says die aliens law will be applied in more cases, meaning drug dealers might be deported more quickly, depending on their status and the crimes they are responsible for. This will happen in cooperation with Berlin’s State Office for Migration. Another goal mentioned in the concept is to collect evidence more effectively and arrest suspects once there is a chance they can be convicted if found guilty.

The latter aspect is easier said that done, also because dealers in parks usually hide most of their drugs. They bury them or place them in bushes. This is one of the reasons while the Berlin police intends to send up to 100 officers to ‘Görlitzer Park’ on weekends, when the drug dealing literally explodes.

The increasingly aggressive behavior of the drug dealers at the park and their helpers has lead to a rise in the number of complaints the Berlin authorities are receiving from residents in the area. On top of it all, many of the dealers seem to be intoxicated or stoned a lot of the time, which does not exactly improve the situation for the residents or police officers.

One of the main problems the police department is facing is that its officers are extremely busy already. The ‘Morgenpost’ quoted Norbert Cioma, head of the Berlin Union of the Police, who said the new plans were based on the deployment of many officers. They would have to be removed from other areas where they were needed as well.