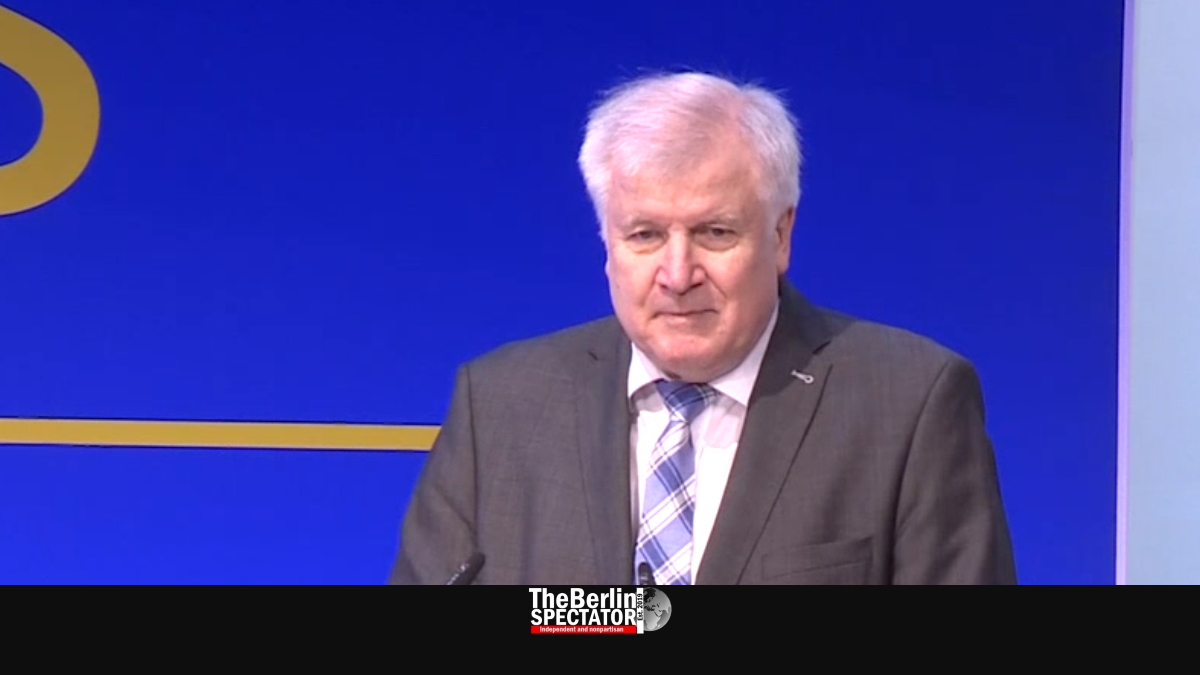 Germany’s Interior Minister Horst Seehofer wants the country to continue checking people at its borders. And he intends to make the migration policy a priority again.

In Berlin, Interior Minister Horst Seehofer spoke at the European Police Congress in Berlin today and used to opportunity to praise the border controls he ordered last fall. He believes they were a big success and should continue for that reason.

In November and the first half of December of 2019, as many as 1362 individuals tried to enter Germany illegally from Austria alone. This is about the number of illegal aliens caught within Germany during the same time period. At the borders to Germany’s other eight neighbors, 2400 persons had been stopped from entering during those 90 days.

Seehofer said the results of the controls were “hard to believe”. Not only had the border police caught hundreds of people with entry bans, but even more individuals checked at the borders had been wanted with arrest warrants.

Once Germany takes over the Presidency of the Council of the European Union again, for the first time in 13 years, on July 1st, 2020, border controls will be one of the priorities Seehofer wants to set, because he says there were shortcomings at the European Union’s outer borders, both along the Schengen border and borders in non-Schengen countries.

‘Dublin Accord Does Not Work’

Apart from the border controls, Interior Minister Horst Seehofer wants the entire migration policy back on the table. He said the Dublin Accord did not work. This agreement is supposed to make sure asylum seekers who have applied in one E.U. country can not do the same in another country within the Union.

Seehofer stated most countries the German authorities had written to about asylum cases had never answered those requests. Since there are so many different views on migration policy in Europe, he wants a new approach. The minister’s hope is that an asylum policy reform will take the wind out of the sails of extremist ring-wing parties like the ‘AfD’ in Germany.

Yet another aspects Seehofer wants to work on is the exchange of information between the national and European security agencies. Improving it will enhance security, Seehofer believes. A better cooperation would also help the police in E.U. countries in their fight against organized crime, meaning it would have more than one advantage.

After Brexit, which took place a few days ago, Interior Minister Seehofer said he wanted to continue to cooperate with the U.K. authorities too and take advantage of their knowledge. On top of it all, Seehofer stated he believed Frontex, the European security agency, should be strengthened.