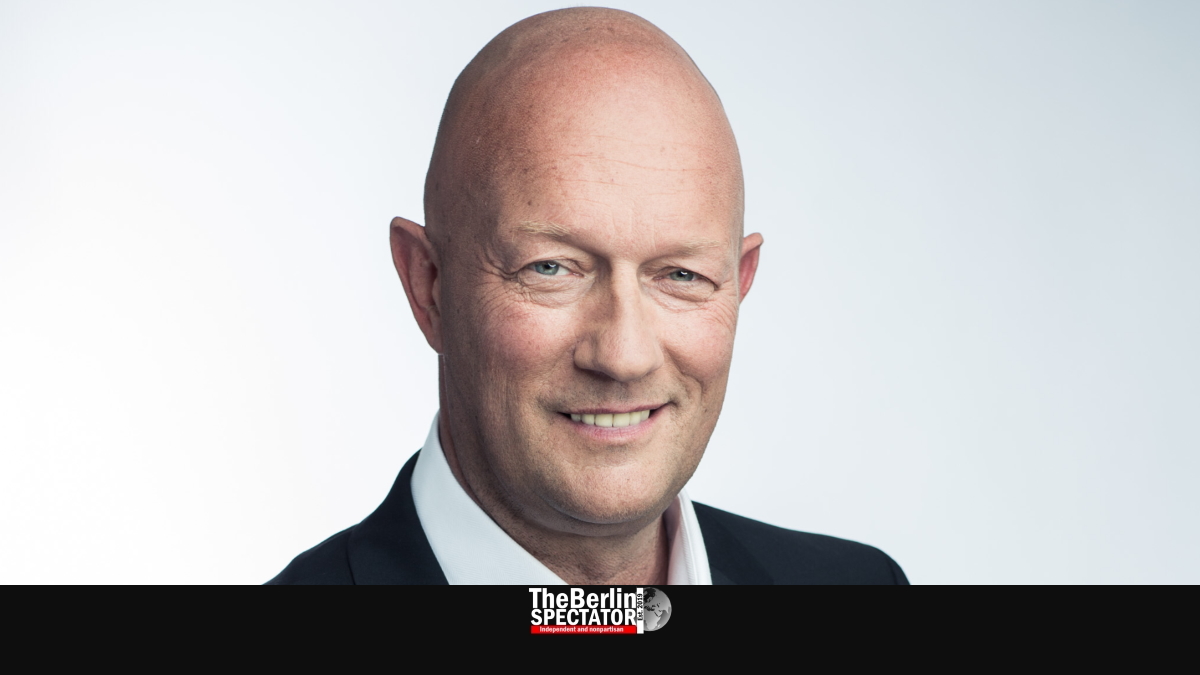 In Thuringia, Thomas Kemmerich of the liberal FDP said he would resign, one day after he was elected First Minister by the conservative CDU and the extremist right-wing ‘AfD’.

What happened in Erfurt on Wednesday was accurately labelled “a political earthquake” by parts of the German press. Bodo Ramelow of ‘The Left’ was supposed to be elected First Minister again. This time he would have been the head of a minority government since his two former coalition partners, the SPD and The Greens, lost a lot of votes in the last election on October 27th, 2019.

But the opposition had other plans. The ‘AfD’ refrained from voting for their own candidate in order to prevent Ramelow from becoming First Minister, with the CDU and FDP. In the end, Kemmerich got 45 votes while 44 state parliament members voted for Ramelow. There was one abstention.

What happened in Erfurt may be perfectly legal. It was seen as a scandal anyway, by many in Germany, including the Berlin leaderships of all democratic parties, because the extremist ‘AfD’ helped elect a First Minister, for the first time, in any German state parliament. From the moment Kemmerich officially accepted his election on Wednesday, he was criticized sharply, including from within his own party.

The ‘AfD’ in Thuringia is being ruled by Björn Höcke, one of the most extremist members the radicals have in Germany. During the election campaign, even the CDU’s candidate Mike Mohring, who voted with the ‘AfD’ on Wednesday, called Höcke a Nazi. A court recently ruled anyone was allowed to label the ‘AfD’s regional leader a fascist.

First Minister Kemmerich’s party, the FDP, almost failed to enter Thuringia’s state parliament in October. In the end they got 73 votes more than they needed. With Wednesday’s vote, the floor leader of the smallest faction at the Erfurt ‘Landtag‘ is head of government. The next question was being asked minutes later: What government?

Together with the CDU, the FDP would have had 26 out of 90 seats in the ‘Landtag’. They would have needed the ‘AfD’ or ‘The Left’ in order to get a majority. Ramelow’s old coalition would have had 42 seats, meaning it would have been a minority government in any case. The difference is that the extremist ‘AfD’ was First Minister Thomas Kemmerich’s kingmaker, and the consensus of all democrats not to cooperate with the ‘AfD’ was at stake.

On Wednesday afternoon, Germany’s Foreign Minister Heiko Maas said it had been irresponsible to become elected First Minister by right-wing extremists. All democrats had to stand up against the ‘AfD’, Maas said. A taboo had been broken, party leader Bernd Riexinger said for Ramelow’s ‘The Left’.

Kevin Kühnert, who leads the SPD’s youth organization, said yesterday, from this day onward the CDU and the FDP would always be responsible for helping the ‘AfD’ gain “real power”. Kühnert said the masks had fallen, while his party leader Norbert Walter-Borjans stated there had been an “unforgivable dam break”.

After the ‘Landtag’ vote, the Greens in Erfurt had stated they would not support Kemmerich in any way. It was out of the question to help someone who had let the ‘AfD’ vote him into office on purpose. But the strong criticism was not limited to the left side of the political spectrum.

For the FDP, Marie-Agnes Strack-Zimmermann said the election by “people like Björn Höcke” was “unacceptable and unbearable.” In the meantime, Thuringia’s CDU leader Mike Mohring defended his party’s decision to support Kemmerich. He said the voting behavior of other parties was not the CDU’s responsibility. On Thursday afternoon at 3:30 p.m. CET, he had not corrected that position.

On Wednesday, the CDU’s chief secretary Paul Ziemiak said the decision in Thuringia divided the entire country. There needed to be new elections in the federal state. After today’s statement from Kemmerich, Ziemiak praised the FDP for that decision.

On Wednesday, the FDP’s party leader Christian Lindner stated there was no basis for any cooperation with the ‘AfD’. Today he traveled to Erfurt where he met Kemmerich and the other four members of the FDP faction. Kemmerich’s 180-degree turn on the matter of stepping down and having new elections took place after the talks with Lindner. Kemmerich stated he and his colleagues would hand in a motion to dissolve the ‘Landtag’ of Thuringia, a step that will lead to new elections if approved by a two thirds-majority.

Argument Within the CDU

Within the CDU, an argument had developed on Wednesday. In Berlin, party leader Annegret Kramp-Karrenbauer sharply criticized her own colleagues in Erfurt, saying the CDU faction there had acted “against our advice, demands and requests”. The party would “have to talk about the question whether new elections might be the cleanest way out of this situation.”

In Berlin, dozens staged a protest in front of the FDP’s headquarters on Wednesday night. Within two hours, there were 1000 participants. They demonstrated against Kemmerich’s decision to accept yesterday’s vote in Erfurt. In other cities, including in Hamburg, similar spontaneous protests took place.

The Social Democrats in Berlin brought the Erfurt matter on the agenda of the coalition committee which will convene on Saturday. ‘The Left’ wanted to discuss it during the Bundestag’s debate on matters of topical interest next week. It is unclear whether this will still be the case after Kemmerich’s resignation statement.

At a press conference with President Cyril Ramaphosa in South Africa, Chancellor Angela Merkel commented on the Erfurt scandal on Thursday morning. She had been under pressure to make a statement. “We will not accept majorities reached with the help of the ‘AfD’. The election result at Thuringia’s ‘Landtag’, which is the federal state’s parliament, needed to be annulled, the Chancellor demanded. Yesterday had been “a bad day for democracy” in Germany.

What Merkel Deals With in South Africa and Angola

Germany: Political Crisis Made in Thuringia