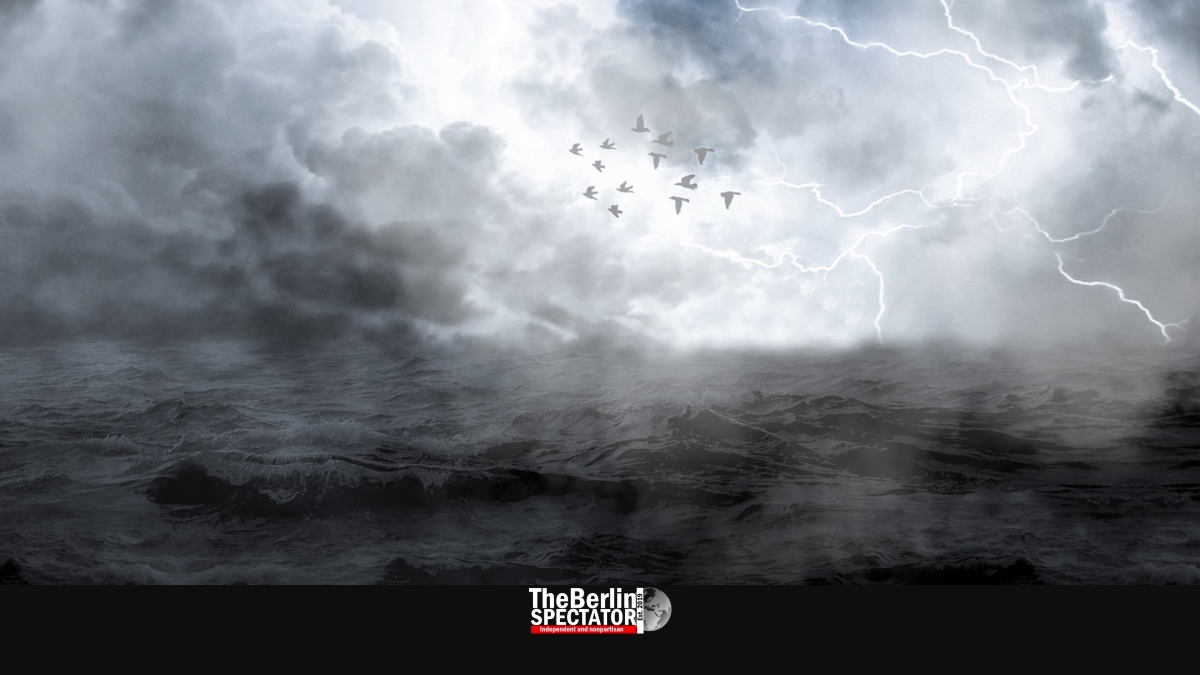 ‘Sabine’ is the name of a strong storm system that is expected to reach Germany on Sunday. In parts of the country, schools will remain closed on Monday.

On Friday, the federal government in Berlin warned citizens of “dangerous weather conditions” on Sunday and Monday. It was recommended to “monitor the situation”, a message on social media said. It included a map that showed which areas of Germany might be affected most. That map looked like divided Germany three decades ago.

Some Schools Closed on Monday

The western part of the country was orange, the eastern part yellow. In the orange part, wind speeds of 100 km/h (62 mph) are expected on Sunday. In eastern Germany, including Berlin, those speeds could reach 85 km/h (53 mph). In both cases, but more in the west, the situation will be difficult to dangerous.

The west and the north will be hit the hardest, forecasters say. By Monday, the storm will have reached the provinces Bavaria and Baden-Württemberg. The authorities urge caution. Traffic in most of Germany will be affected or even disrupted in some areas. Falling roofing tiles and trees might very well pose dangers to pedestrians.

In the federal state of North Rhine-Wesphalia, cities such as Neuss, Gelsenkirchen and Essen announced that all schools would be closed on Monday. In other areas, schools were told to decide on their own. Since the way to school might be dangerous, individual schools are allowed to cancel their school day on Monday, parents may let their children stay at home.

Train tickets purchased for those three days, or for specific trains during that time period, would be valid later as well, Deutsche Bahn said. Or they could be returned for full refunds. Deutsche Bahn transports 150 million passengers per year or far more than 400,000 per day.

On Sunday around noon, the storm front will hit the north-western part of Germany first. Gusts of up to 120 km/h (75 mph) are expected at the North Sea coast. The severe weather system will likely push a lot of water down the Elbe river. Hamburg might experience “moderate floods”, forecasters said. On top of it all, ‘Sabine’, the storm, might lead to severe thunderstorms in parts of Germany.

Experts said any loose objects outside, in gardens, on balconies or anywhere, should be taken inside or fixed. Walks or hiking between Sunday and Tuesday is not recommended, much less in forests, where branches or entire trees might fall.