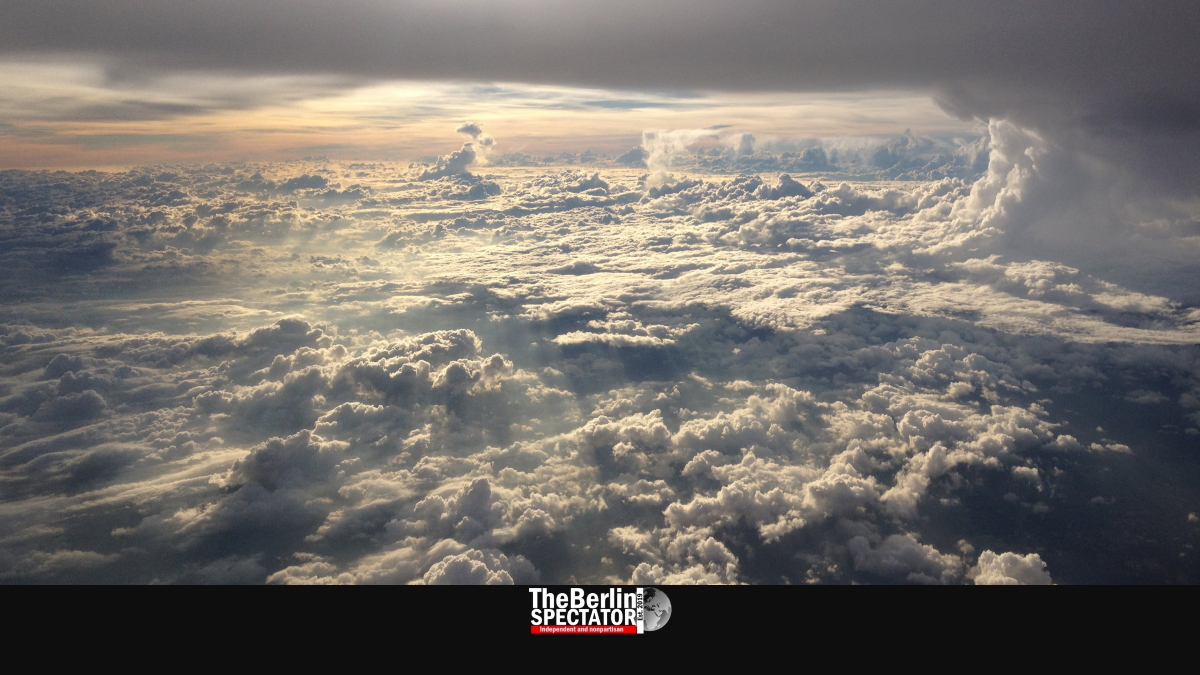 A storm system called ‘Sabine’ hit the coast in north-western Germany. In some areas, schools will be closed on Monday. Flights, trains and soccer matches were already cancelled.

‘Sabine’, also known as ‘Ciara’ in the United Kingdom, hit Germany’s North Sea coast on Sunday. By the end of the day it will have reached North Rhine-Westphalia. And on Monday it will be creating problems in the south-western provinces Bavaria and Baden-Württemberg as well, forecasters believe.

They say the strength of the storm system will be at level 11 out of 12, meaning wind speeds above 105 km/h (65 mph) are likely. Above 117 km/h (73 mph), it would be level 12. In the eastern part of Germany, ‘Sabine’ was expected to blow at speeds of around 85 km/h (53 mph). That kind of strength is still more than enough to cancel flights or shut down airports.

Lufthansa, the German flag carrier, warned its passengers of flight cancellations and delays. They were asked to check the status of their flights before coming to any airport. Eurowings cancelled almost all of its flights in the path of the storm. Tegel Airport in Berlin typically shuts down once storms have reached speeds of 70 km/h (43 mph).

On Sunday afternoon, as many five flights from Tegel Airport to London, and one each to destinations like Düsseldorf, Stuttgart, Cologne/Bonn, Salzburg, Amsterdam, Zurich were cancelled. The same applied to incoming flights from those same cities. At Frankfurt Airport, Germany’s largest, the situation was similar. Flights to Birmingham, Salzburg, Innsbruck, London, Luxemburg and other cities were cancelled. Several domestic flights were converted to train trips. At 4:30 p.m., long-distance flights still seemed to be leaving.

In some cities in central Germany, schools will be closed on Monday. This applied to more than a dozen cities in North Rhine-Westphalia, including Cologne and towns in other western federal states. In some regions, schools have the freedom to decide for themselves. The most dangerous part for schoolchildren would be the way to school and back home, the authorities in charge believe. In parts of North Rhine-Westphalia and other federal states, parents are expected to decide weather their kids should go or not.

In Dortmund, the zoo will be closing at 3:00 p.m. this afternoon. Deutsche Bahn, Germany’s main long distance train operator says its passengers should avoid trips today and on Monday. Cancellations and delays across the entire train track network are expected. Full refunds for purchased tickets are now being offered, including those valid for specific trains only.

Deutsche Bahn (DB) said they had maintenance teams in place all over the country. They were ready to cut trees which might fall on train tracks. In the afternoon, most trains between Hanover and the North Sea coast were cancelled. At 6:00 p.m. on Sunday, DB stopped all long-distance trains in stations, while some regional trains were still moving. For stranded passengers, DB prepared sleeper rail cars.

In neighboring countries, especially in the west, things do not look better. For instance, a major soccer match between The Netherlands and Belgium was cancelled. The same applies to a match between the German teams ‘Borussia Mönchengladbach’ and ‘1. FC Köln’. Cultural events, including big concerts, were cancelled as well.

While floods might be hitting the North Sea coast, the storm could push enough water up the Elbe river to flood Hamburg’s famous Fish Market. In all parts of Germany, people were warned of walks or hikes through forests, as falling branches or trees will pose a danger.

Ferry services between German islands such as Helgoland, Wangeroge, Baltrum and Langeoog, and the mainland were cancelled on Sunday morning, due to the danger posed by the storm. In Hamburg, an ‘U-Bahn’ train (subway, underground, metro) crashed into a tree that had fallen on the tracks on Sunday evening.

In the afternoon, ‘Sabine’ led to official weather warnings in Brandenburg as well, even though the province is located in eastern Germany, where the storm was supposed to be weaker. In the counties Dahme-Spreewald, Elbe-Elster, Havelland, Prignitz, Ostprignitz-Ruppin, Potsdam-Mittelmark, Teltow-Fläming, Oberspreewald-Lausitz and Spree-Neiße, winds might reach 100 km/h (62 mph), the German Meteorological Service said.

Berlin was still relatively quiet on Sunday after 8:00 p.m.. There was some rain and harmless wind. The German capital might only have seen the beginning so far.