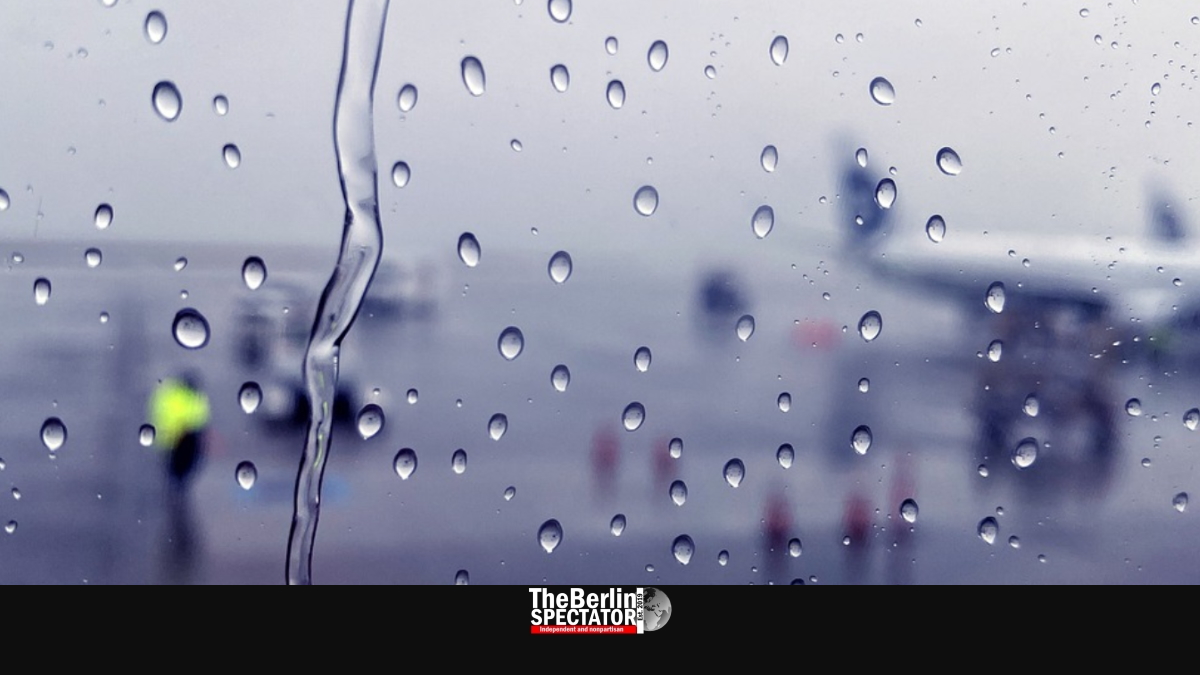 The storm system ‘Sabine’ disrupted traffic of all kinds in Germany and other parts of Western Europe today. Commuters, other travelers and school kids were affected the most.

In several federal states within Germany, schools remained closed on Monday, as ‘Sabine’ was busy logging trees and creating other damage. At Frankfurt Airport, more than half of all morning flights were cancelled, including domestic ones to cities in western Germany, but also those to Madrid, Warsaw, Paris, Amsterdam, Geneva, Brussels, London and other destinations. The picture was similar at other German airports.

Disruptions Throughout the Day

A Turkish aircraft was rerouted to Nuremberg after the Airbus’ pilots had tried to land at Düsseldorf Airport several times, without success. No injuries were reported.

Deutsche Bahn (DB), Germany’s main train operator, announced that “unfortunately, the disruptions would continue throughout the day.” On Sunday, the company had prepared rail cars in which stranded passengers who did not have hotel rooms could spend the night. By now, most trains are back in business, except those in Bavaria and Baden-Württemberg in the south.

In North Rhine-Westphalia, Germany’s largest federal state, the damage caused by the storm was not quite as bad as the authorities had expected. But the ‘Autobahn’ A45 needed to be closed for a while because trees fell on its surface. In the very north, including in Hamburg, the Elbe river flooded the Fish Market, as expected.

Meteorologists believe the storm will be felt in all of Germany until Tuesday evening, but in different ways. In Bavaria and Baden-Württemberg, winds with speeds of up to 120 km/h (75 mph) hit today. Some 50,000 homes in Bavaria already were without power this morning. In the meantime, thunderstorms hit regions in western and central Germany.

In Frankfurt, part of a crane fell on the city’s famous cathedral. An ‘U-Bahn’ (subway, underground, metro) in Hamburg collided with a fallen tree. In Saarbrücken, a person was injured badly by a falling tree. A traffic accident caused by the storm happened in Dortmund. One person sustained serious injuries there. A teenager in Paderborn was injured by a branch that fell on his head. And in Mönchengladbach, three people needed to be rescued from a stuck elevator in a highrise. Fire fighters needed to use ropes to make sure the storm would not blow them off the roof when they accessed the elevator’s engine to rescue those people.

The Hamburg fire department reported the situation was already somewhat calmer after a busy night during which even the large Köhlbrand Bridge at the port needed to be closed. Berlin was relatively quiet. A scaffolding around a building collapsed. Nobody was injured. In many German cities and counties, fire brigades and police were called thousands of times, mostly because of damage or floods.

In other parts of Europe, including the United Kingdom, where ‘Sabine’ is known as ‘Ciara’, the situation seemed worse. In the former E.U. country, tens of thousands of residents were without electricity. One person was struck and killed by a falling tree. France, The Netherlands, Belgium and Luxemburg felt the storm as well.