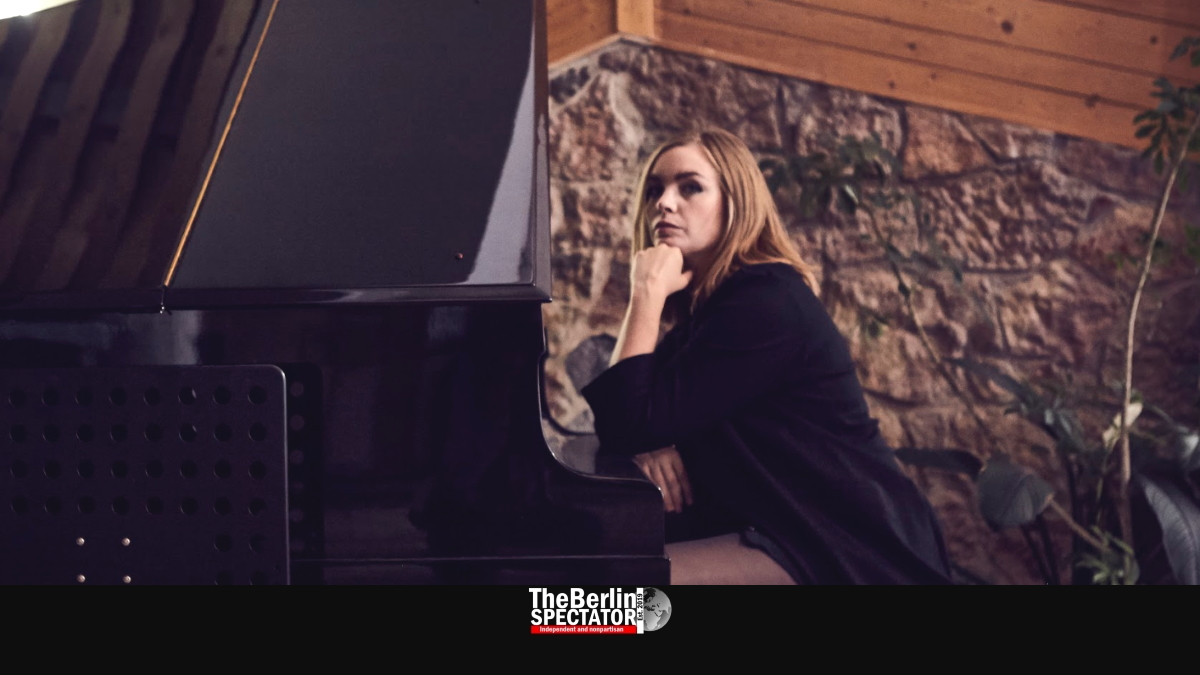 In Brandenburg province, just outside Berlin, the British-Czech expatriate and sound artist Emika just finished her latest album ‘Klavirni Temna’. It is a piano solo project scheduled to be released on February 14th, 2020.

She has been making big changes. In recent years, after a decade of work, Emika has made moves to strip back her life and music. Having left Ninja Tune and begun releasing music on her own label, she is also making steps to live off-grid in an ‘earth-ship’ eco-home and simultaneously build a sustainable model for how her music is made and released. These ambitious changes mark a step change in her music, audible in the softening of her sonic and aesthetic palette on her recent album ‘Falling In Love With Sadness’, a shift from ice-queen in the club to a much more organic sound and mode of production.

Following the release of ‘Falling In Love With Sadness’, the European electronic-singer songwriter has a second piano album in the pipeline. It is about to be released. Also she will be performing at Berlin’s ‘Zeiss-Grossplanetarium’, and move on to other planetariums afterwards. These projects represent a maturation in her career. “I gave up wearing make up and moved to the forest, I’ve basically gone back to who I was when I was 14,” she says. “I’ve been going through a transitional process, from leaving Ninja Tune to becoming a mum. Previously I was just running with it, things were working by chance, but I needed to take stock and be honest about what I’m trying to say. This feels like the beginning of what I’ll be doing for the next ten years. My first ten years were the end of a past life cycle – now I’m starting where I always wanted to be… it feels like a rebirth.”

That new album Emika worked on from her new home in Brandenburg, just outside Berlin, is entitled ‘Klavirni Temna’. This obviously means ‘Piano Theme’. At the same time, her performances at Berlin’s ‘Zeiss-Grossplanetarium’ is connected to her recent album ‘Falling In Love With Sadness’ which contains, her voice, her piano and “hypnotizing beats”, according to critics. Tickets for Emika’s planetarium performances on February 28th and 29th, 2020 are available here.

Her renewed confidence in her musical and personal identity prompted her to sit down again at the piano, five years after ‘Klavírní’, one of the first records she released on Emika Records. The piano’s capacity for simple beauty is what Emika returns to, much like Sakamoto’s piano albums. It is the first instrument she learned, and she is still very much in love with it as an instrument. “I’ve taught children and the elderly to play piano,” she says. “It doesn’t take any intellect to experience and enjoy it. It can be a whole orchestra or you can just play one note for an hour. You don’t have to think about it.”

Emika has released six albums so far, including two critically acclaimed ‘post-dubstep’ albums on the Ninja Tune label, although she once compared her music to blueberries rather than give it a genre tag. Those foundational low-end synth-pop albums now offer a strong basis on which to build upwards and outwards, so that Emika can establish herself in new self-sustaining territories and areas of practice, amplifying her creative vision through new collaborations, new projects and recordings.

Emika is now 100% independent, and this independence from the music ‘industry’ is reflected in her lifestyle. She has recently moved to the forest in Brandenburg and has plans to build an off-grid ‘earth-ship’ home. A studio insulated with wood sourced from the nearby forest is already in business, while she is trying to work out how much solar energy it take to power a synth.

Born in the U.K., the artist of Czech heritage engaged with the Bristol dubstep scene as a teenager. She then moved to the Berlin/Brandenburg area. Motherhood – the creation of a new life – has proven a powerful creative prompt for in the past two years, finding herself composing on her computer with one arm while holding her daughter in the other.

A classically trained pianist and sound designer, Emika has often spoken about her love for abstract sounds, often sourced from the environment around her. In 2010 she recorded samples of the interior acoustic spaces of the Berghain, from huge warehouse echoes to the squeak of sex swing, which were then reworked by the Ostgut Ton roster. Collaborations and outside inspirations have always been key to Emika’s work, from her last symphony with acclaimed soprano Michaela Srumova, to a recent remix of her track ‘Eternity by Bristol’.

Compared in the past to Thom Yorke, Max Richter, FKA Twigs, Massive Attack, Emika now steps out as her own artist, driven by gut feelings rather than outside inspirations. Pop has always been a multidisciplinary medium, and Emika’s transitions from the club into the concert hall, gallery and the forest make her a true pop star, engaging with contemporary culture and the contemporary ecological crisis.

Emika’s new album will be available here from February 14th, 2020.