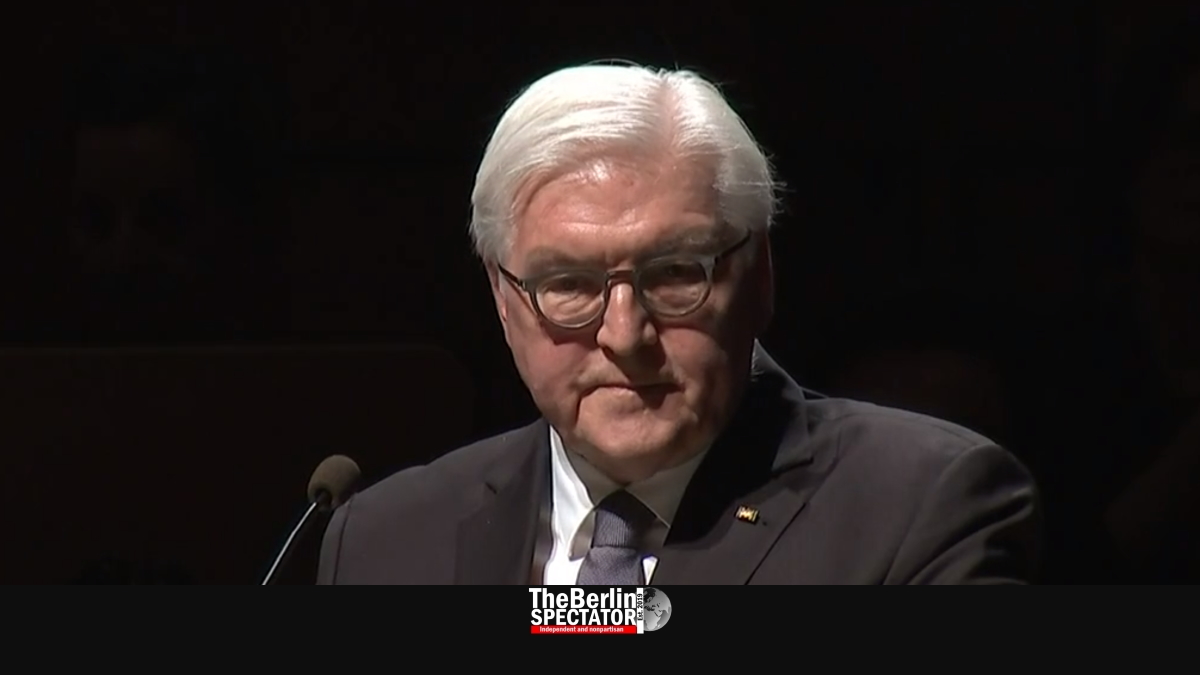 Remembrance in Dresden, the city that was bombed by the Allies 75 years ago today, and in which up to 25,000 people died as a result, three months before Nazi Germany was finally defeated, is difficult and complicated because of the guilt aspect.

Extremist right-wingers abuse the commemoration of the victims in Dresden on a regular basis. They use it to spread their disgusting views. Others try to charge the victims of Dresden up against those of Auschwitz. The President of the Federal Republic of Germany, the successor state of Nazi Germany, Frank-Walter Steinmeier, found the right words in Dresden today, only weeks after he had found them in Yad Vashem, Auschwitz and Berlin as well.

“We commemorate all victims of genocide, war and violence”, Steinmeier said at the official anniversary event. Hundreds of cities had been destroyed in all of Europe. The destruction caused by air raids had been visible all over Europe, from England via Germany all the way to Russia. The President stated that witnesses had described the inferno in Dresden during the night of January 13th, 1945. In two waves, British bombers had dropped their bombs, causing an enormous firestorm. When the Americans had continued the attacks, they had been looking at a burning city.

Steinmeier mentioned the thousands of victims. “Within a few hours, the bombs destroyed what took people in Dresden centuries to build”, he said. Those bombs had hit people randomly. “They fell on children, women and men, on people from Dresden, as well as on refugees from Eastern Prussia and Silesia.” They had rained down on convinced Nazis, but also on resistance fighters, forced laborers and inmates of concentration camps.

‘We Will Not Forget the German Guilt’

The victims of the bomb war would not be forgotten, Steinmeier told the participants of the commemoration event. They were part of “our common memory”, he said. “I am convinced that people who deal with their history and that of their families will have less issues understanding what happened in other places. Sincere remembrance teaches us empathy.” By putting it this way, President Steinmeier connected the victims in Nazi Germany to those who were attacked by it.

“When we recall the bomb war, we think of both the sorrow of Germans and the sorrow the Germans inflicted on others”, he said in Dresden. “We will not forget that Germans started this brutal war.” Not all, but many of them had done so from conviction. “The Nazis and their willing executioners” had been behind the genocide against the Jews, Steinmeier said. “The Nazi regime did not even stop its murders when it had already lost the war. We will not forget the German guilt and we take the responsibility that remains.”