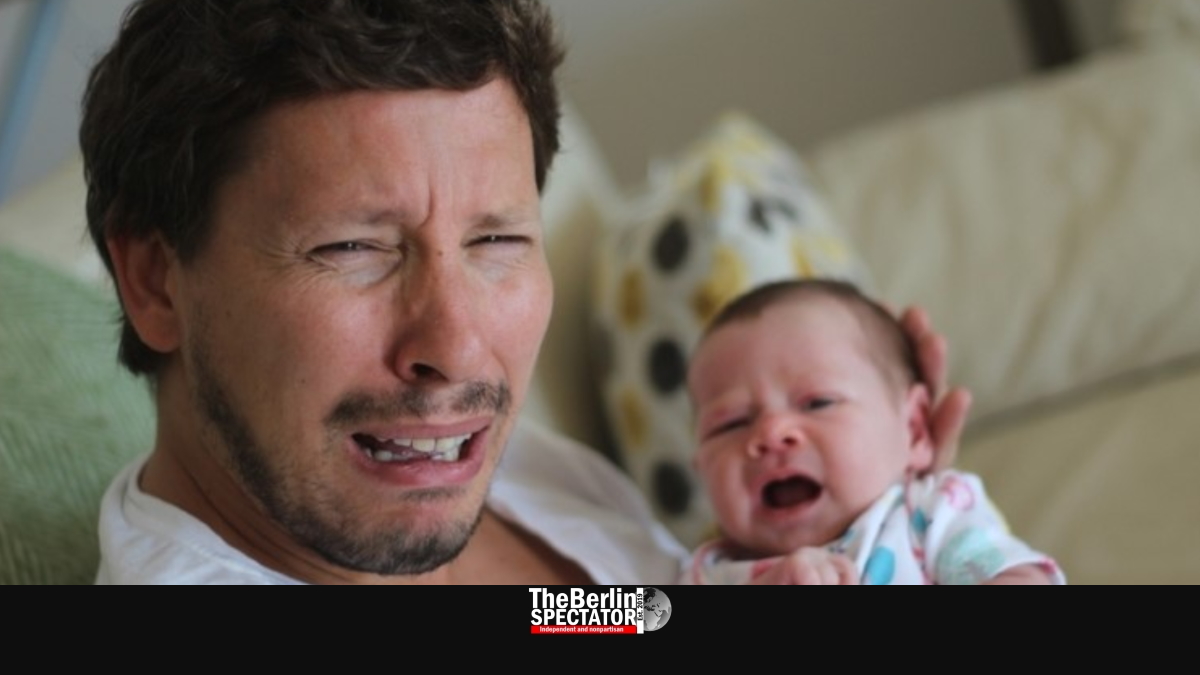 Expatriates are usually known to live uncomplicated lives, unless they end up in Budapest. This is Gareth Hutchins’ situation. Those Hungarians almost made him eat horse sausages. He loves them anyway.

Being a British migrant or expat can be tough for those whose new country of residence is Hungary. One day you wake up and notice you are in Budapest. That is what happened to Gareth Hutchins from Cardiff. On top of it all, he suddenly was a new father, at age 40. And his sleep deprivation put him into a delirium.

The latter turned out to be just the right condition for writing a book about challenges he was facing, including the moment when he needed to have his toes checked by an ‘anus specialist’. Well, it could have been the other way around. How to help an angry dwarf cross a road was something he learned the hard way as well.

The Berlin Spectator: There are quite a few cities that start with ‘B’. Berlin, for instance. Birmingham, Berne, Barcelona. The one you live in is exotic indeed. How did you get to Budapest? Are you one of those love birds?

Gareth Hutchins: Guilty as charged! My beloved wife is Hungarian and we now have two mini half Hungarian, half British little ladies completing our family of four. I met my wife, Zsuzsa, in London. When we found out that she was pregnant with our first child, a crazy thought popped in to our heads. What if we quit our secure life in London and move to Budapest to become first time parents and me an immigrant?

The Berlin Spectator: People use lots of languages in Europe. Along with Albanian, Finnish and German, Hungarian seems to be one of the worst, when you are supposed to study it. How is the language thing going?

Gareth Hutchins: Hungarian is insanely difficult, especially for an English speaker. Not only do I have all the new sounds to learn, but the sentence structure is backwards. They all speak like Yoda! “Help you, I will”. No, it’s a challenge to say the least, but I’m trying my best. I always speak Hungarian when I can in shops or bars and I muddle clumsily through. I’m determined not to be one of those guys who live in a foreign land for years and years and can’t speak a word. Depressingly though, my three-year-old daughter has flown past me when it comes to speaking Hungarian. I’m now trying to stay ahead of our seven-month-old daughter while I can.

The Berlin Spectator: The country we are based in, Germany, is pretty crazy. I admit it. Expatriates, especially those who just got here, run into issues. So do you, in Hungary. In your book ‘Budanest’, you describe some good situations. How did you end up with horse sausages? Did you actually bite into one of them?

Some of our features (This piece continues below.)

Gareth Hutchins: No. Thankfully my wife stopped me just before I was going to sample the horsey delight. When you can’t speak the language and live in a place with culture clashes galore, finding yourself in ridiculous situations is an almost daily event. They could happen to anyone. At least that’s what I keep telling myself.

The Berlin Spectator: Well, that situation obviously was only the beginning of the many challenges you are facing down there. You also became the poster boy for anti-breastfeeding extremists. How in the hell did that happen?

Gareth Hutchins: I wrote something for a website called The Dad Network. My words were misrepresented and things snowballed from there. I had no idea that there were two opposing forces, pro breast feeding and anti, with such forceful feelings on the matter. It was all rather bizarre. The book tells the entire story.

The Berlin Spectator: How did you develop the idea to put all of those experiences into a book? And how did you even manage to write it as a new father with chronic sleep deprivation?

Gareth Hutchins: When we landed in Budapest I began blogging about my life and all of the ridiculous situations that I ended up getting myself in due to language barriers, cultural clashes, the trials and tribulations of child birth and parenthood. A lot of them were probably written during the midst of sleep deprived delirium. But I had so much inspiration and stimulus that it all came rather easily, despite being half asleep.

The Berlin Spectator: The Germans eat raw meat, they embarrass expats on nude beaches and in spite of all the engineers in the country they missed the Internet and the electric car revolution. That is rather crazy. What about the Hungarians? What is the craziest aspect about them, from your perspective?

Gareth Hutchins: I love Hungarians very much. My wife and children are Hungarian, but I could list many, many things here. Things like they are obsessed with wrapping children up with layer after layer, even when it’s thirty degrees outside. They always seem slightly depressed, despite living in such a beautiful and wonderful country. They drink shots of palinka in the morning. Maniacs! They have a language that forces you to talk backwards. Official places like doctor’s surgeries ask for my mother’s name as identification! What’s that about? I even had to give my mother’s name to get into the Sziged Musical Festival! I bet my mother in little old Wales has no idea that her name opens so many doors in Budapest. Anyway, I better stop now as I don’t want to get deported.

The Berlin Spectator: Well, you might live in one of the craziest cities in Europe, but also one of the most beautiful ones. Which is the one spot you take every British visitor to and why?

Gareth Hutchins: The thermal spas! Amazing places and we don’t have anything like them in the United Kingdom. Apart from the spas, I usually recommend the Buda Castle area and the ruin pubs. Always worth a visit.

Gareth Hutchins‘ book ‘The Budanest’ is available here. The author’s Facebook page can be accessed here.