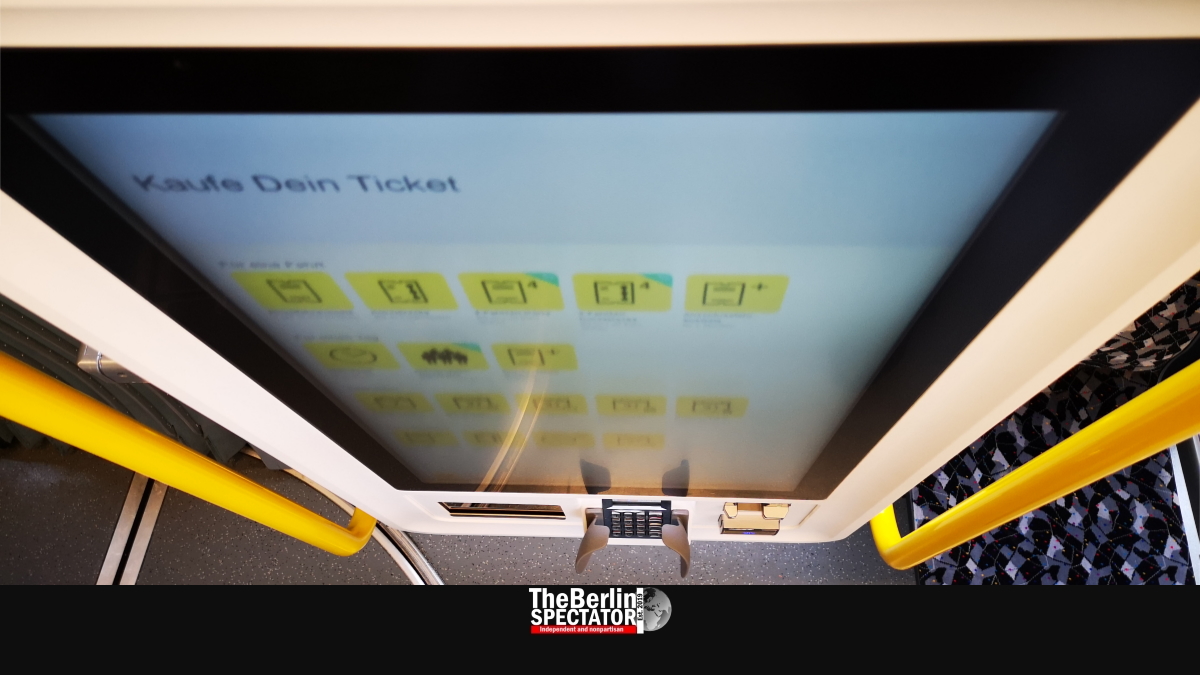 There is no time like the future, especially in Berlin’s many trams. They will soon have shiny new ticket machines with all the options people expect today.

Cashless payments were invented decades ago. But neither the future nor the present has moved into the trams owned by Berlin’s main public transport provider BVG. While many of the 350 trams the BVG owns are actually modern, the ticket vending machines they are equipped with are not.

Change is on its Way

Hardly any passengers use ticket machines in trams because the only payment option they offer is cash. For that reason, those old machines do not even offer monthly tickets. It would take a year to pay for one of those in coins. But change is just around the corner.

The BVG developed a genius idea designed to resolve those issues. That brainwave they came up with is known as ‘purchasing new ticket vending machines’. For now, they are testing two models. Both of those accept many kinds of payment, including Google Pay, Apple Pay, credit cards, debit cards and V Pay. And they sell all kinds of tickets passengers want.

On top of it all, the new ticket machines look sleek and elegant. One model resembles the ticket machines known from ‘U-Bahn’ (subway, underground, metro) stations, while the other one looks like the BVG app many Berliners use already. Both models come with a huge screen.

The present and the future will soon move into the hundreds of trams that service Berlin’s 193 kilometers (120 miles) of tracks on 22 lines. But first the right model needs to be picked. Since the BVG does not want to take that decision for its passengers, the company will let them test those machines.

On the M5 line, new ticket machines will be installed into all trains. It will take a month to cover all trams on that line. In May, the machines will be moved to the M10 line, in order to give more passengers the opportunity to test those nice new ticket vending machines. At some point, they will be available in the entire tram system.

“The option of cashless payments is actually self-evident today”, Dr. Martell Beck of the BVG says. “Our ticket app overtook our old ticket machines long ago, regarding the handling and choice.” Beck’s colleague Rico Gast stated the Berlin trams were being prepared for the future. What the fleet itself is concerned, that process is already in full swing.