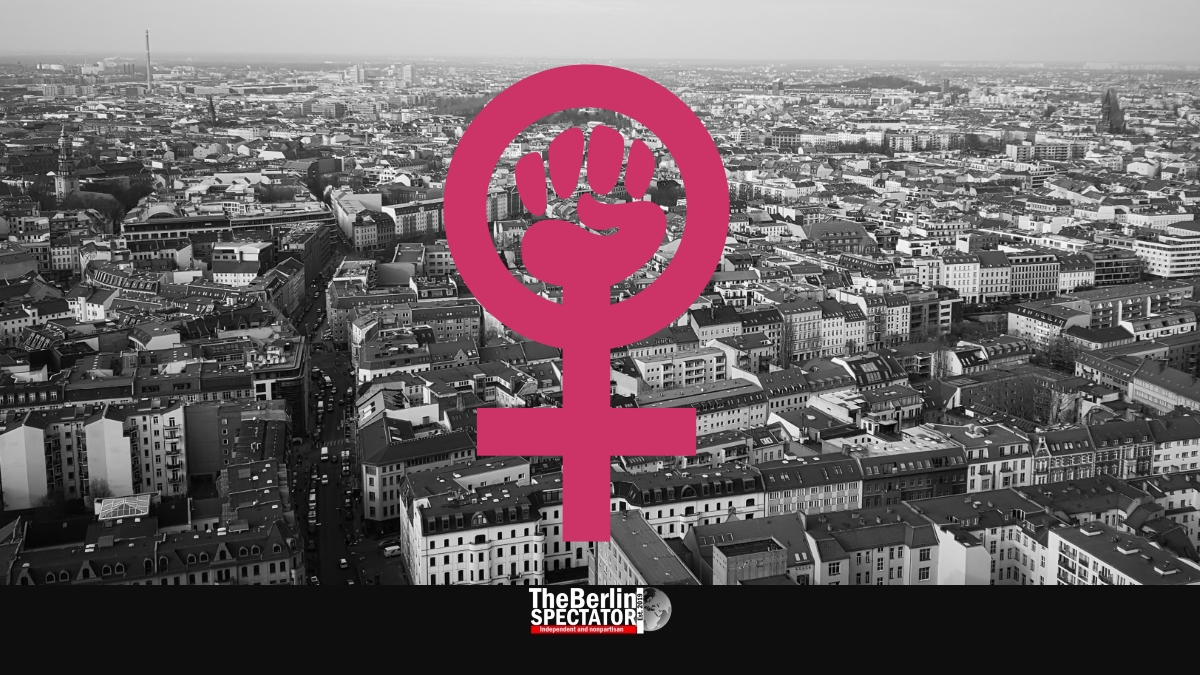 Celebrating the feminist movement’s achievements of the past century is one of the purposes of International Women’s Day, which has been an official holiday in Berlin since last year. Another is to keep on fighting for equality.

Women’s rights have always been something fought for by left-wingers rather than conservatives. In that sense it is sort of logical that a city state ruled by a three-way left-wing coalition, Berlin, recently decided to adopt International Women’s Day as a holiday.

It was Clara Zetkin, a German socialist and feminist, who spoke about the idea of establishing an “international women’s day” at the Second International Socialist Women’s Conference which took place in Copenhagen in the summer of 1910. The original idea came from the United States of America though, where socialist women had already decided to have such a day.

Back then it was mainly about women’s suffrage. Today, it depends. In Germany, feminists, both female and male ones, still criticize the fact that, in many companies, women earn less than men for the same work. And the critics do have a point.

Also the double or even triple burden many women carry continues to be a relevant subject. Men work. Then they come home and watch Netflix. Many women, on the other hand, come home from work in order to keep on working. They deal with the kids and the household before they watch Netflix for five minutes while falling asleep after a tiring day, a far busier one than their husbands had.

While these may be the main issues in Europe, International Women’s Day is also about solidarity with women in other parts of the world, where they have far less rights, if any, or where the injustice is far more grave. Violence against women, for instance in India and parts of Africa, where female genital mutilation is just one of many severe problems, is another aspect.

As recently as last year, on January 24th, 2019, the Berlin House of Representatives approved the official holiday for March 8th, meaning there was not that much time to organize big events. It remains to be seen whether anything official will be happening this time around.

For International Women’s Day, March 8th, 2020, the German Historic Museum in Berlin is offering free admission, a free film on the history of the struggle for women’s rights and a free guided tour on the subject. “Our permanent exhibition tells the story of courageous women”, the museum says. It was unclear whether there will be English versions of the film and the tour too.

Berliners might also use their new holiday for little trips, but because March 8th falls on a Sunday this year, it won’t give families or individuals more quality time. So they might just watch some more Netflix, after dealing with lunch, dinner and activities for the children, their homework, the laundry, the ironing, the dirty dishes and the dog.

As a matter of fact, adopting this new holiday was not entirely about women or the injustice they are facing, but also about having a new holiday. German federal states other than Berlin, especially in the more religious south of the country, have far more holidays. Bavaria has 13 while Berlin had 9 before it got the new one.

International Women’s Day is not just about celebrating the rights women have by now, but also about continuing the fight. Last year, Antje Kapek and Silke Gebel, the two leaders of the Green caucus in the Berlin House of Representatives, said that as long as equality had not been reached, “we will fight, instead of just celebrating”. The woman who fought for Berlin’s new holiday the hardest last year was Iris Spranger, a Social Democrat from Berlin’s Marzahn-Hellersdorf district.