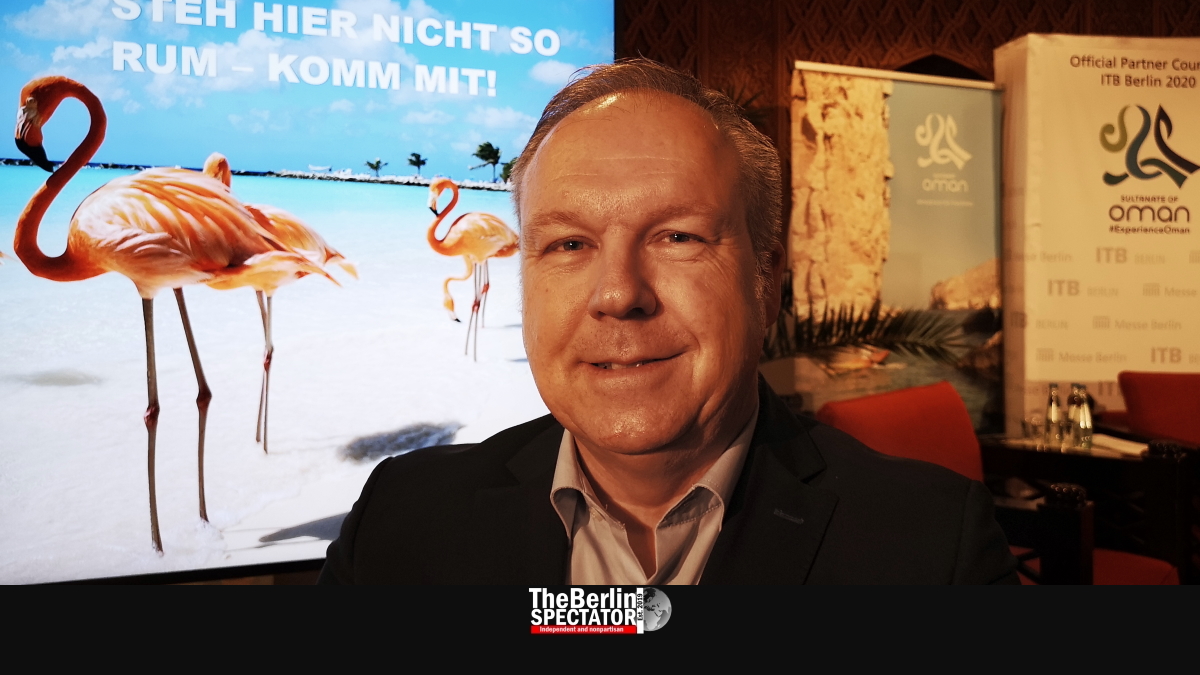 In Berlin, David Ruetz, the head of the ITB travel and tourism trade fair, said the event would take place in spite of the spread of the Coronavirus also known as ‘Covid19’. The ITB China in Shanghai was cancelled though.

In the past years, the ITB (‘Internationale Tourismus-Börse‘) has grown. The organizers even added an edition in China. Because of the Coronavirus, the ITB China in Shanghai which was scheduled to take place in May has been cancelled. The ITB says it would be postponed but did not come up with new dates. “The decision is based on the current risk evaluation of the ‘Covid19’ epidemic by local and global authorities”, a statement read.

But the main ITB in Berlin will go ahead, according to its chairman David Ruetz who has been heading the event since 2003. Because of the epidemic, many Chinese exhibitors will not come to Berlin this year, but German tour operators who are specializing on China were supposed to take their place.

In spite of it all, the ITB Berlin is fully booked yet again. Ruetz said he was glad Oman, the oldest state in the Middle East, was this year’s partner country. Its history, beauty, empty beaches and the fact that it is not being overrun by tourists, at least not yet, make Oman an attractive travel destination, the ITB says.

Berlin to Offer More Support to Women Affected by Domestic…

Ruetz announced a new exhibitor: Saudi Arabia is joining the fair for the first time, in its own pavilion. A total of 180 countries will be represented in countless halls at Berlin’s fairground when the event commences on March 4th. The first three days are for representatives of the tourism industry. On March 7th and 8th, the two last fair days and the only ITB weekend, the general public has access too. Day tickets are 16 Euro when purchased on site, or a bit cheaper when bought online.

Many specials were announced. ‘Hamburg Tourism’ announced a preview of the upcoming musical ‘Harry Potter and the Cursed Child’. Sweden is about to showcase the ‘Disgusting Food Museum’ which includes stinky cheese and other delicious items. There will be flight and racing simulators and a ‘Pokemón Go’ game limited to the fairground premises.

Another upcoming trend is what they call “dark tourism”. It includes tours to Chernobyl and the town of Prypiat in Ukraine which was evacuated two days after the Soviet reactor blew in 1986. On International Women’s Day, which is March 8th, a drag queen is scheduled to perform at one of the many halls the ITB will occupy.

The smart ITB management even invited ‘Fridays For Future’ (F4F), the climate protection movement initiated by the Swedish teenager Greta Thunberg. They have a small stand at the travel trade fair. Also, F4F members will be taking part in a panel discussion with representatives of the airline industry. That way, the ITB might want to avoid protests. The strategy could work.

Next year’s ITB partner ‘country’ is not quite as far away as Malaysia, last year’s partner, or Oman. It is Saxony.