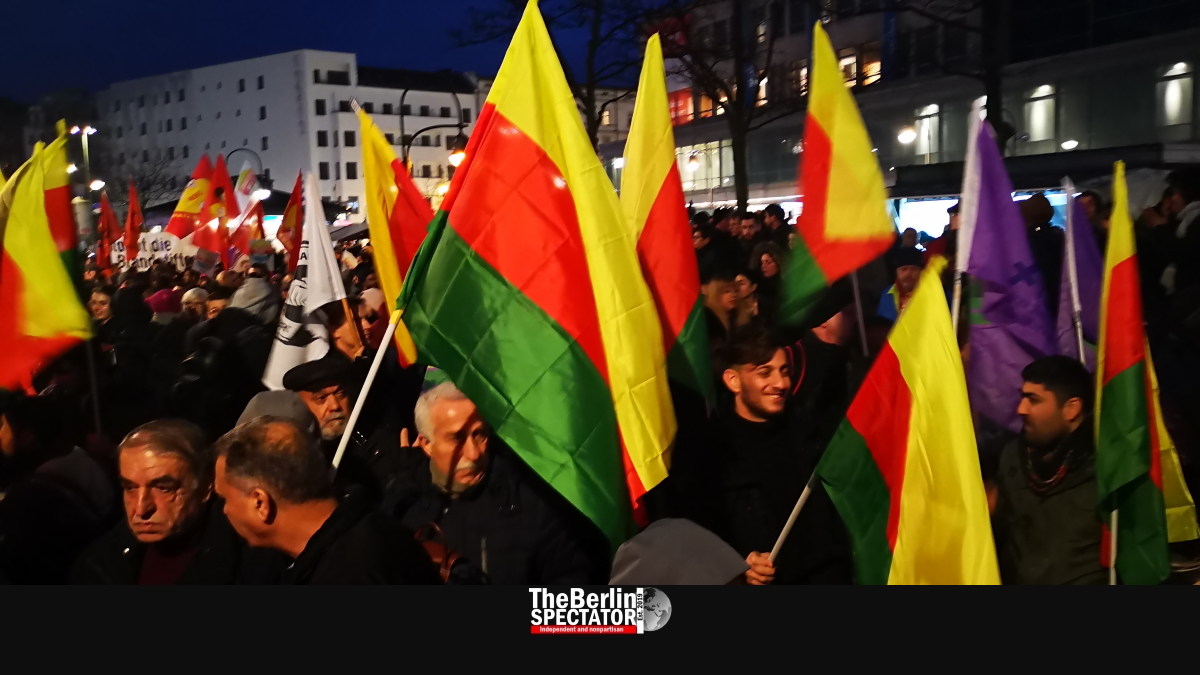 In Hanau, Berlin and other German cities, thousands of people, including Germans, Turks and Kurds, commemorated the ten victims of Wednesday’s terror act in Hanau today. Many demanded a more intensive fight against right-wing extremism.

The city affected by the terrible murders, Hanau, showed solidarity with the families of the nine people who were shot to death at two locations by Tobias R., a 43-year-old German who had “a profoundly racist mindset”, according to Federal Prosecutor Peter Frank. After his shooting spree he also killed his mother and finally himself. Most of the victims had a migrant background.

Remembrance in Hanau and Berlin

Thousands came together at Hanau’s market place. Their protest was about remembrance and about conveying a message against hatred. Because Hanau is a relatively small city, many residents know each other. The same applies to the Kurdish community in Germany which lost several members in the shootings.

In other Germany cities, including Berlin, commemoration events and protests were organized as well. At Brandenburg Gate, several hundred people formed a human chain against violence. The Social Democrats, the Greens and other organizations had invited Berliners to take part.

At Berlin’s Hermannplatz square, located between the very multi-cultural districts Kreuzberg and Neukölln, some two thousand people staged a protest. Elderly Kurdish men waved their flags in yellow, red and green. Left-wing groups including the so-called ‘Antifa’, but also families and individuals who were not affiliated with any organizations, stood up to right-wing extremism and violence together.

Many of the protesters held signs saying ‘Stop the AfD’. This extremist right-wing German party is being accused of spreading xenophobia, and in particular hatred towards migrants. Germany’s Labor Minister Hubertus Heil, a Social Democrat, called the ‘AfD’ “mental arsonists” at a commemoration event for the Hanau victims in Hamburg on Thursday evening.

Back in Berlin, police blocked several streets around Hermannplatz because of the protest. A traffic jam developed in the entire area while the demonstrators slowly moved along Sonnenallee, one of Berlin’s many major traffic arteries. “Stop hatred towards Muslims” some of their signs read. A large white sign read “Right-wing terror threatens our society.”

The Hanau terror act has shocked most of Germany. Earlier today, Chancellor Angela Merkel said hatred was poison, while President Frank-Walter Steinmeier said he stood “with all people who are being threatened by racist hatred.” At the opening night of the Berlinale Film Festival on Thursday, a moment of silence was observed.