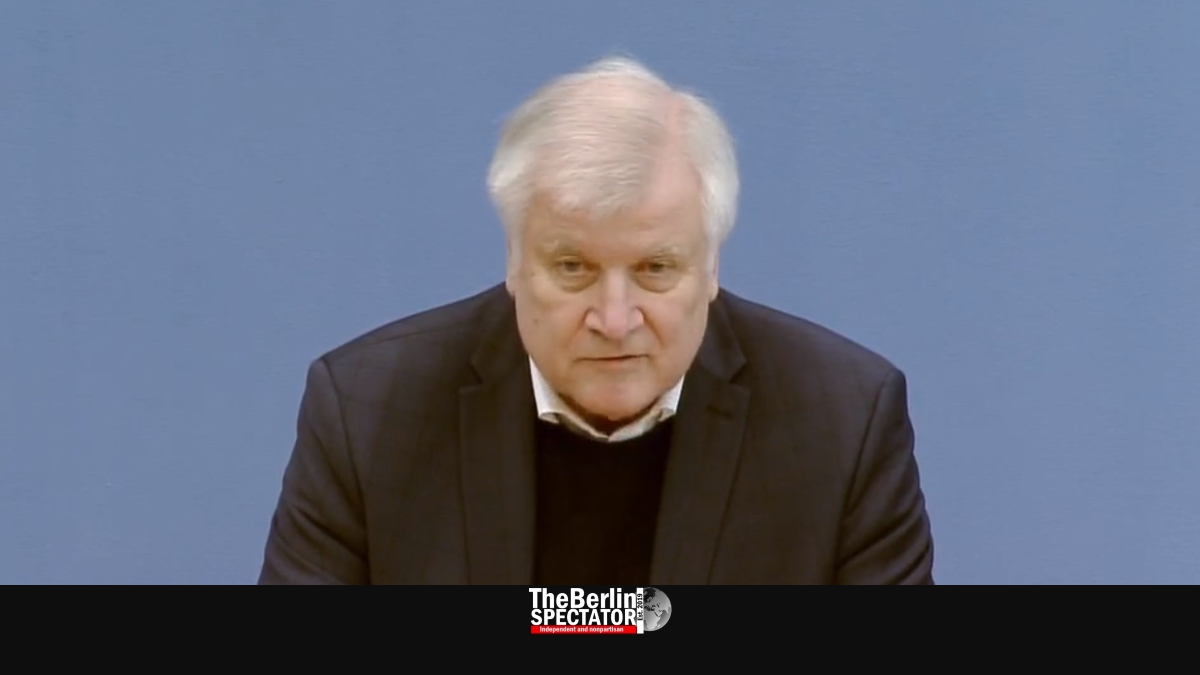 A day after the murders in Hanau, the German government is increasing the police presence at mosques, train stations and other places. Two federal ministers conceded the biggest danger to Germany’s democracy was right-wing extremism.

Horst Seehofer, Germany’s Interior Minister, labelled the Hanau murders an “extremist right-wing terror act” on Friday. During a press conference in Berlin he said he had talked to the interior ministers in Germany’s federal states about the protection of mosques and other establishments, including train stations. Because of the anger about the Hanau murders and the danger posed by copycats, the police presence would be increased right now.

The Minister stated he could provide a long list of attacks planned by right-wing extremists that had been prevented. But there was more work ahead. The German authorities needed to cooperate more if the wanted to “drain the swamp”. According to Seehofer, this federal government “is not blind on any eye”. The fight against right-wing extremism, right-wing terrorism and antisemitism was on.

Seehofer’s colleague Justice Minister Christine Lambrecht stated this nation of law needed to show people that there were certain limits to freedom of speech. She meant racism, antisemitism and incitement. She agreed with Seehofer about the danger posed by right-wing extremism.

Lambrecht also said prevention work was important and needed to be extended. New laws were not necessary, she stated. The existing ones needed to be exploited persistently. In one case, Lambrecht recently started an initiative to add islamophobia and antisemitism as aggravating aspects in hate crimes. But she said the purpose was to stress aspects that had already been included in the law.

Germany’s Federal Prosecutor Peter Frank said the culprit had a profoundly racist world view. In his manifesto he had said there were people who needed to be “annihilated completely”. Frank said he had taken over the investigation because it was his task to defend Germany’s Liberal Democratic Basic Order, which is part of the country’s constitution.

According to the Federal Prosecutor, the investigation at the crime scenes in Hanau was continuing. Thoroughness was more important than speed in this case, he stated. There were open questions, including the one about possible confidants or even accomplices.

On Wednesday night, Tobias Rathjen had shot ten people, among them Kurds and Turks living in Germany, and his mother. Afterwards he committed suicide. The terror attack has caused outrage. Thousands took part in commemoration events for the victims on Thursday.