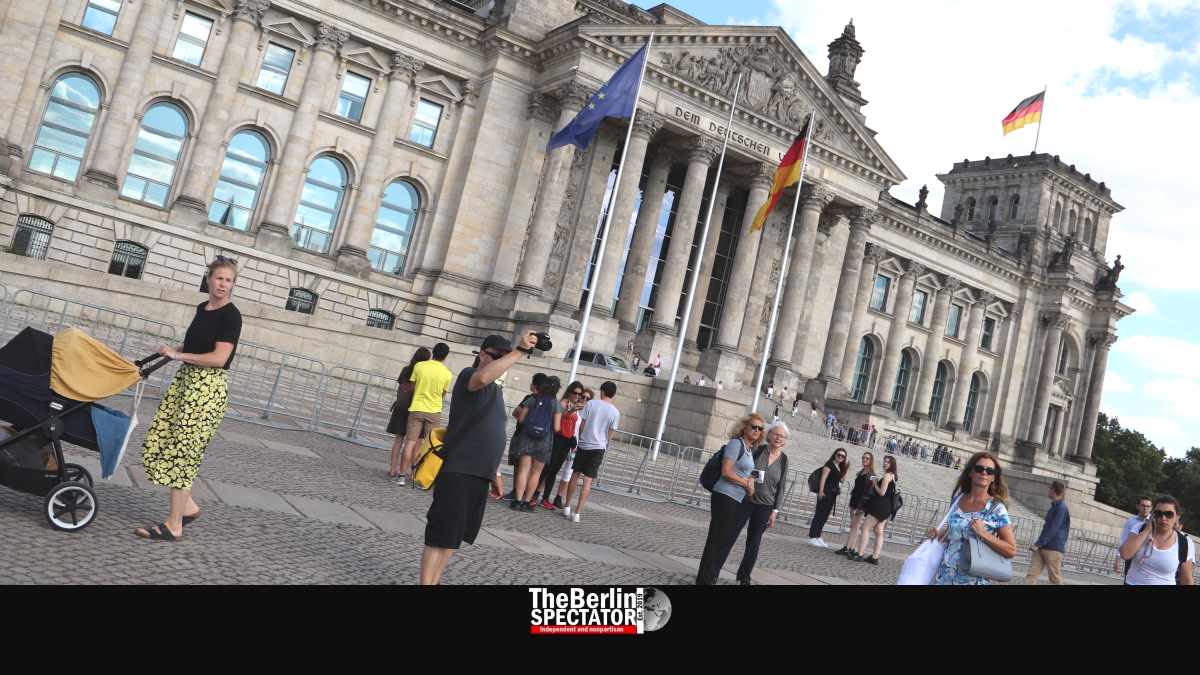 Berlin is unstoppable. For the 17th time in a row, the German capital broke its own tourism record. There does not seem to be any limit. Everyone loves Berlin.

Admiring the Charlottenburg Castle, consuming Sushi in Bergmannstrasse, shooting selfies at Brandenburg Gate, getting drunk at Friedrichshain bars, attending a funky concert at the Quasimodo and having vegan kebab: All of these are popular activities for tourists who want to experience one city above all.

Berlin is definitely cool, unconventional and full of culture. Walking along the Spree river, waving at Angela Merkel in front of the Chancellery, hitting Museum Island or climbing the tiny mountain at Victoria Park in order to have a view is what some tourists do. Others prefer to just inhale Berlin’s atmosphere by sitting in a café at Kurfürstendamm or by taking a ride in an overcrowded ‘U-Bahn’ (the Berlin equivalent of subway, underground, metro).

Berlin makes people happy. At the same time the German capital can be rather annoying. But that does not stop millions from coming here. According to Berlin’s Commerce Senator Ramona Pop, almost 14 million tourists hit the city in 2019, close to half a million more than in 2018. This means the tourists who came in 2019 outnumbered Berlin’s inhabitants four times.

The new numbers prove one thing: In Berlin, the sky is the limit. On the one hand, some Berliners are annoyed. Wherever they go, they run into tourist groups who stand in their way. Those so-called ‘Hop On, Hop Off’ sightseeing buses contribute to Berlin’s traffic mess. Tourists book even the last doghouse on ‘airbnb’, they eat away the cake in all cafés and they ask questions all the time. “Is this the Arc de Triomphe?” No, it isn’t.

Related Features (This article continues below.)

One thing has changed in 2019. Germans increased the number of tourists in Berlin. They came from Hamburg, Hanover, Frankfurt, Munich or Leipzig to get a good view of the Victory Column. The growth regarding the number of tourists from abroad is slowing down. Less visitors from the United Kingdom were registered, possibly due to Brexit. Less Israelis came to Berlin in 2019.

There are almost 800 hotels in Berlin. Needless to say, they are happy about the invasion. The number of nights spent in their rooms rose by 3.8 percent, excluding ‘airbnb’. Especially hotels in the Mitte district profited. So did the sausage guy around the corner, the gourmet restaurant in Charlottenburg, the souvenir shop at Brandenburg Gate and Berlin’s main public transport provider, the BVG.

Tourists in Berlin, especially the young ones, bought alcoholic beverages like crazy, they rented electric scooters and got fined by police for riding on the sidewalk, they watched nice movies at Berlin’s alternative ‘program cinemas’ that show all the intellectual stuff, and they purchased tickets for dance clubs.

What about this year? The growth will likely continue. Apparently everyone wants to walk the Berlin Wall Path or see the ‘Blue Man Group’ musical. The Berlinale Film Festival which is going on right now is a magnet too. See you guys in Berlin!