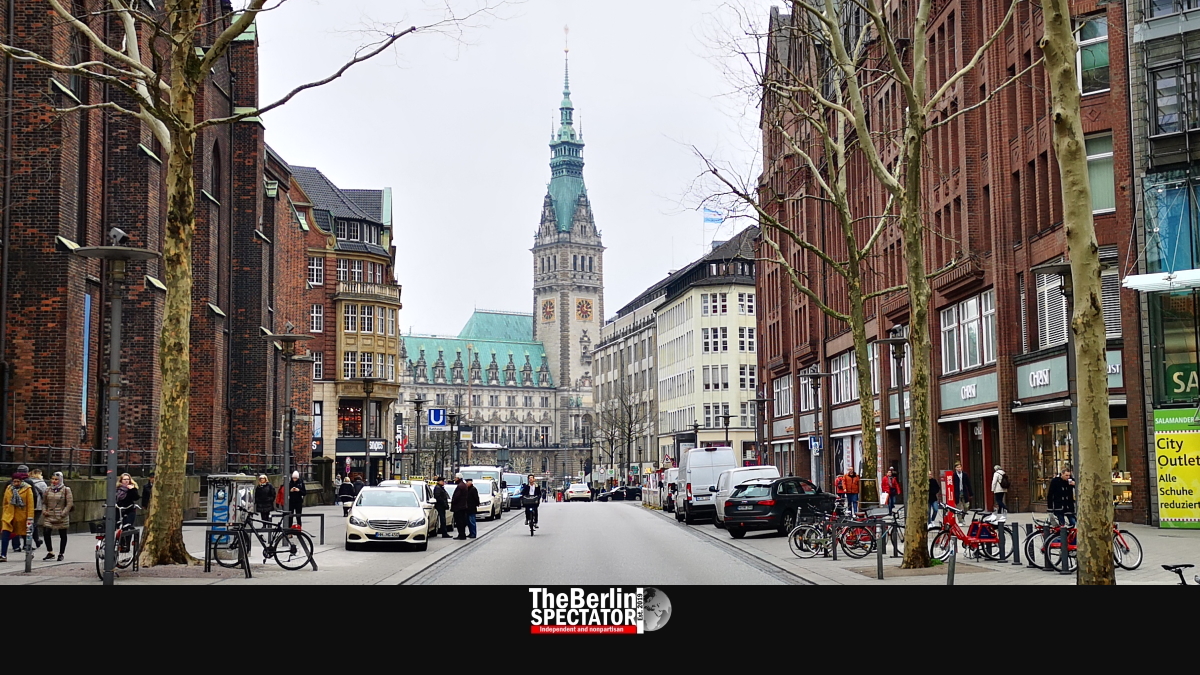 In Hamburg, 1,319,700 residents are eligible to take part in Sunday’s State Legislature elections. The expected outcome up there in the north differs from the usual election results in the rest of Germany.

All Hamburgers who have been living there for at least three months, who are German and 16 or older may take part in the elections today, as it says in the city state’s election law. Up in the north, not only the results, but also the election rules are somewhat different from those in other federal states.

Every voter receives two ballots. The first one contains the participating parties. Depending on the percentage they gather from those, they will have a certain number of seats in the Legislative Assembly. The total number of seats is at least 121. The other ballot contains the party’s candidates and independents in the district the voter lives in. In both cases, everyone has up to five votes.

Hamburg is the last stronghold of the center-left Social Democrats (SPD). In the port city they can still pull almost as many votes as decades ago, when the major parties were not in trouble yet. Last time, in 2015, the SPD got 45 percent. According to the latest polls, they could reach around 39 percent on Sunday, which is impressive these days.

For a while it had looked like the Greens, who are First Mayor Peter Tschentscher’s junior partner in his government coalition, might actually overtake the SPD. But, according to the latest polls, they will probably end up with around 24 percent today. A continuation of the ‘Red-Green’ coalition is likely.

On the other hand, First Mayor Tschentscher might have another option if the polls turn out to be accurate. He could go for a coalition with the CDU. In many provinces and on the national level, Angela Merkel’s conservatives are the strongest party. But in Hamburg, they look tiny with the 12 percent the pollsters give them. These would be exactly the 12 percent Tschentscher would need for a majority in the Legislative Assembly.

While most parties will likely lose at least some support, the Greens have a good chance to double up. In the 2015 election, they got around 12 percent only. The sharp increase likely has to do with the intensifying discussions about climate change and with Katharina Fegebank, the Green’s main candidate who is Hamburg’s Senator of Science, Research and Equality as well, and who seems to have convinced many Hamburgers.

‘The Left’ might end up with 8.5 percent and the FDP might not even make it into the Legislative Assembly since they could lack the juice needed to take the 5-percent threshold. And the extremist far-right AfD will probably not get more than 6 percent. For Nazis and other right-wing radicals, voters in Hamburg are hard to lure, as opposed to those in Thuringia, other parts of eastern Germany or in western German Nazi strongholds like Dortmund.

The democratic parties in Hamburg refrained from campaigning on Friday. Instead, they assembled on the square in front of City Hall in order to commemorate the ten murder victims in Hanau. A right-wing extremist had shot nine Kurds and Turks at two bars on Thursday, before killing his mother and himself. Representatives of the democratic parties have accused the AfD of having created an atmosphere of hate and for being partially responsible for violence against migrants.

In today’s elections, First Mayor Peter Tschentscher might be celebrating a big success today which could give the SPD some self-confidence after many years of terrible losses in most of Germany. On the other hand, any win in Hamburg would not be representative of any nationwide trend.