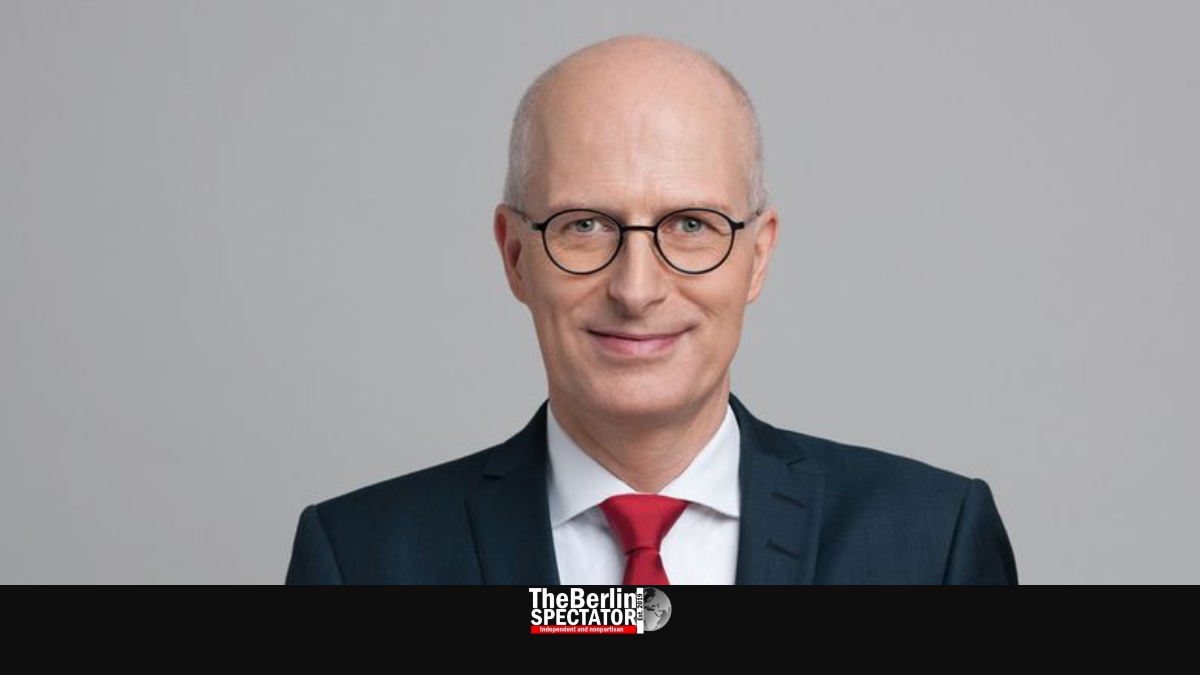 In the northern German city state of Hamburg, First Mayor Tschentscher and his Social Democrats (SPD) have won today’s elections for the Legislative Assembly. It looks like they have more than one option for forming a government coalition.

According to the latest numbers available, during the vote count, the SPD got 39.2 of the vote. Their junior partner in First Mayor Peter Tschentscher’s coalition, namely the Greens, got 24.2 percent. With only 11.2 percent, the CDU received one of its worst election results ever. ‘The Left’ reached 9.1 percent.

The FDP did not manage to reenter the city state’s parliament with the 4.9 percent they gathered. There is a 5-percent threshold which the liberal party supposedly passed. But a mistake had been made during the count at a polling station in Hamburg’s Langenhorn district, where the votes for the FDP and the Greens were mixed up. After the correction, the FDP was under the 5 percent threshold again.

In the initial projection it had looked like the extremist right-wing AfD might be kicked out of the Legislative Assembly. But they will enter it again, with 5.3 percent. The turnout of the election was 63.3 percent.

Because of Hamburg’s complicated election rules, it will take time until the final result is in. On Monday evening, the preliminary outcome was announced. The final one is scheduled to be on the table on March 11th, 2020. More than 1.3 million Hamburgers were eligible to vote.

On Sunday, twenty minutes after the polling stations closed, Tschentscher stood in front of TV cameras. He said the political situation in Berlin had not exactly helped the SPD when its Hamburg division had started its election campaign. He was happy this result had still been reached. The SPD lost 8 percent compared to the last elections in 2015. Still they are satisfied because they improved in the polls in the past few months, and due to the fact that they were not being overtaken by the Greens.

The CDU’s Marcus Weinberg said this election day had been like Hamburg’s weather. He called his party’s result “bad”. In Berlin, Paul Ziemiak, the CDU’s chief secretary, used the word “bitter”. The party’s recent situation involving Thuringia had not helped Weinberg, Ziemiak admitted.

Katharina Fegebank, the Green’s main candidate and one of the night’s main winners, congratulated her coalition partner Tschentscher. She had wanted to become First Mayor, but failed to overtake the SPD in spite of doubling her share of votes. Robert Habeck, one of two Green party leaders in Berlin, called his party’s election result a big success.

This (preliminary) result is far from what it would have been in a nationwide election for the Berlin Bundestag or in any other federal state within Germany. Hamburg is the SPD’s last bastion. Elsewhere, the Social Democrats have suffered dramatic losses in the past decade or two. The Greens, who doubled their last result, are the big winner of the night.

Shortly before 11:00 a.m., an optimistic First Mayor Peter Tschentscher voted in Hamburg’s Barmbek district. This is the first election he tried to win in this high position he holds. When his predecessor Olaf Scholz became Germany’s Minister of Finance in 2018, Tschentscher, who was Hamburg’s Finance Senator at the time, took over his desk.

A few minutes after the First Mayor, Katharina Fegebank, the Green’s main candidate who is also Hamburg’s Senator of Science, Research and Equality, voted in Eilbek, just before the conservative CDU’s Marcus Weinberg placed his vote at a polling location in Bahrenfeld. In the early afternoon, Anna von Treuenfels of the FDP and Cansu Özdemir of ‘The Left’ voted. It was not hard to guess whom the main candidates voted for.

The main subjects voters in Hamburg were concerned about where affordable living. Similar to Berlin and other German cities, middle class families can hardly afford their rent anymore. The traffic policy and climate protection were among the subjects with a high priority too.

It looks like Tschentscher has more than one option for a future government coalition. He will likely choose his old partner, the Greens, again. But going for a coalition with the CDU could be an option he might want to consider too.

After this week’s terror attack in Hanau, many prominent members of Germany’s democratic parties had accused the AfD of creating an atmosphere of hate. As a result, their nationwide support decreased to some extent. On Friday, the main candidates of several parties joined thousands of other Hamburg residents for a commemoration event for the victims in front of City Hall.