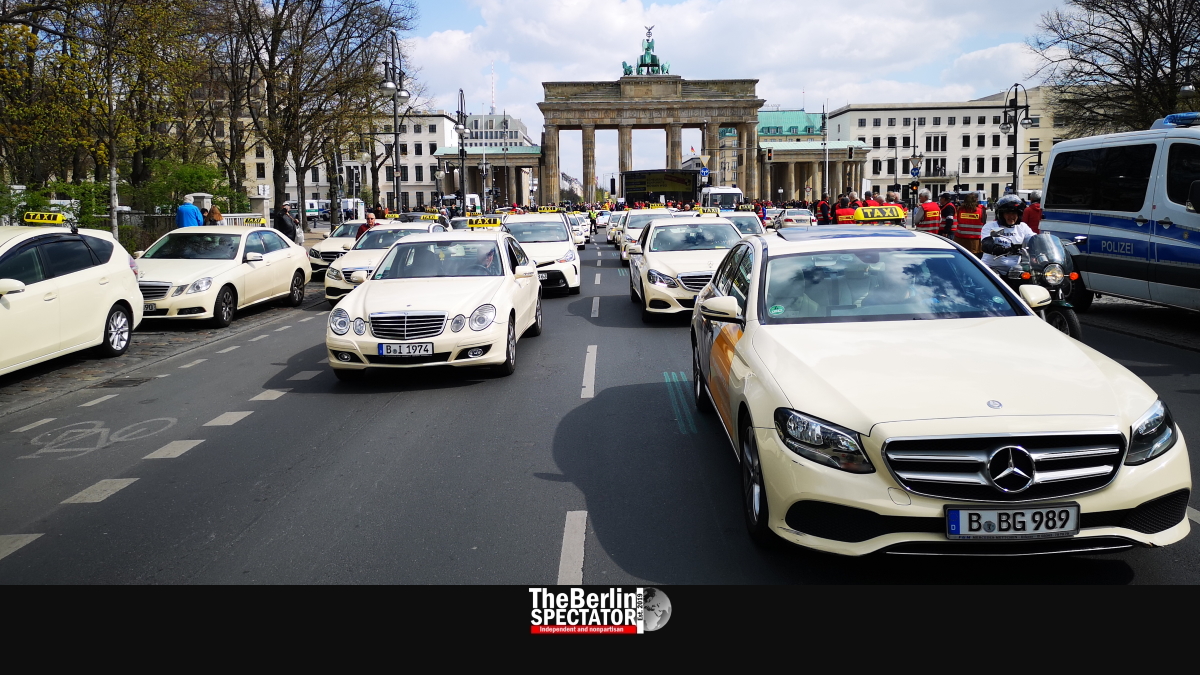 In Germany, Transport Minister Andreas Scheuer wants to deregulate so-called ride-sharing services like Uber. His plans anger the taxi business. Late in the game, the city state of Berlin suddenly wants to have its say on the matter too.

In the past months, taxi drivers all over Germany have protested against Minister Scheuer’s plans to deregulate Uber and similar services. At this stage, their legal status as ride-sharing services is very different from that of taxis, which also means that different rules apply.

While taxis may pick up any passengers they want, including those who are waving at them on the street, those who call taxi companies’ offices and those who order them online, Uber and others can not. In their case, passengers can order them through apps only.

Once a taxi driver has taken one passenger to a destination, he or she can pick up the next passenger anywhere. Uber drivers and those who work for similar services need to return to their base, by law, before they accept the next order and leave again, to pick up their next passenger.

Minister Scheuer wants to modernize the law, and therefore the way people in Germany move from A to B in cars that are not theirs. The rather weak taxi syndicates say an approach of that kind would kill the taxi business. Of course the taxi drivers, especially those who run their own businesses, agree.

There are more than 8000 taxis in Berlin. Their drivers say their income in the past years had decreased by up to 40 percent, because of Uber and other ride-share services that keep on gaining popularity. Giving them even more rights would end the taxi driver profession, they say.

Suddenly, years into the ‘taxi war’, the Berlin Senate wants to be included in the discussion, according to the German-language ‘Berliner Zeitung’ daily. The paper quotes Berlin’s Transport Senator Regine Günther who says she intends to protect and preserve the taxi business. She wants cities and municipalities to be allowed to regulate competitors like Uber.

Senator Günther’s approach sounds even stricter than the status quo because she wants local authorities to have the right to decide how many ride-share vehicles are on the streets and where they are allowed to operate. This is pretty much the opposite of what the federal Ministry of Transport seems to have in mind. While Scheuer messed up his Autobahn Toll project badly, he is taking his time on the taxi subject.

Regine Günther intends to discuss the matter in the Berlin Senate, the ‘Berliner Zeitung’ reports. Later, the city state might take it to the Bundesrat, the legislative body that represents the federal states within Germany.