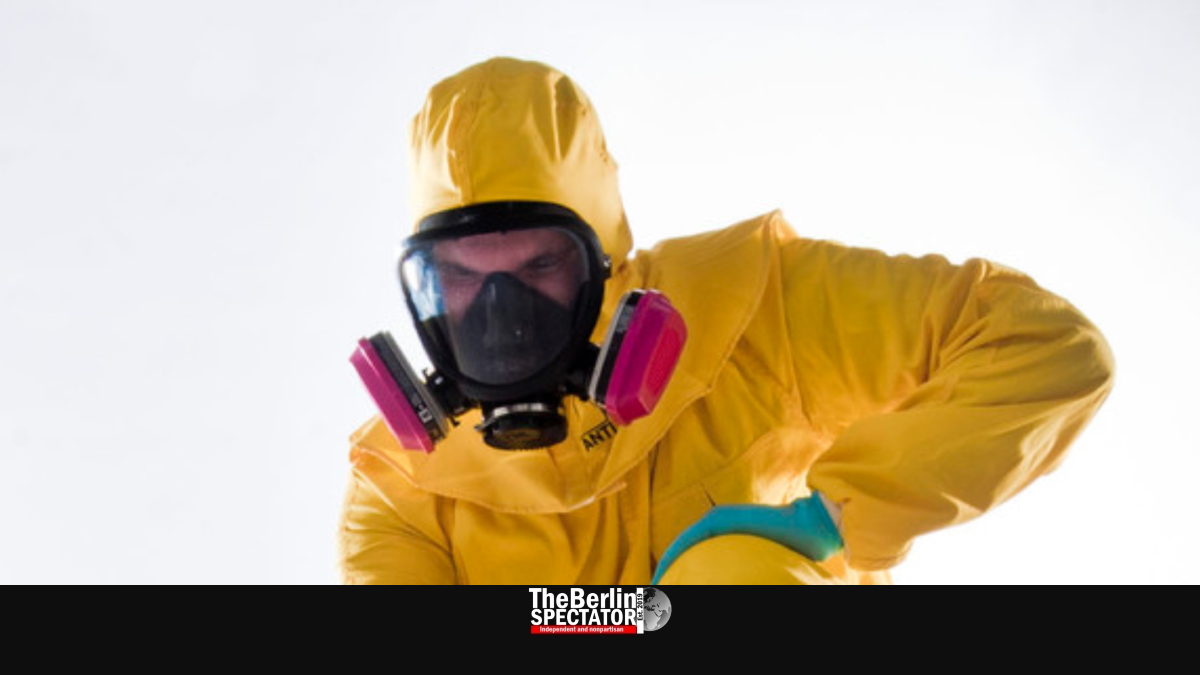 In Germany, seven new Coronavirus cases have led to fright of a big outbreak comparable to the one in northern Italy. One German patient is in critical condition.

The alarming spread of the Coronavirus in northern Italy increased the probability of a similar one in other European countries, including Germany. What the authorities feared might be happening now. Exactly two weeks after the last Coronavirus case was confirmed in Germany, the 16th one, seven more patients are being treated now.

In Erkelenz (North Rhine-Westphalia) one patient is in critical condition. He is suffering from pneumonia symptoms at an isolation ward of a hospital. According to the regional authorities, the 47-year old man had suffered from a pre-existing condition. Recently he reportedly met an acquaintance who had been in China. His wife is infected too. Both of them are being treated at the Düsseldorf university clinic.

Both patients have a very social life, according to the authorities, meaning there are many contact people. The woman is a nursery school teacher. Her husband recently took part in a carnival event. Their two children are being checked as well. In Heinsberg county, where they are from, a closure of all kindergartens and schools was announced.

In the town of Geilenkirchen, city hall, a public indoor swimming pool and a library were closed too. Some individuals in the region, including some who were in contact with the infected couple, are already being treated as “possible Coronavirus cases”.

Further south, in Göppingen county (Baden-Württemberg), another man, aged 25, was tested positive. The health authorities believe he got infected in Milan. The person he traveled with tested positive as well. So did that person’s father who is a doctor at the university clinic in Tübingen, which is where these patients are being treated.

In the evening, two more cases were confirmed. One is a man in Rottweil. A member of the Bundeswehr, Germany’s armed forces, is infected too. He is being treated in Koblenz. In the meantime, more than 100 Germans are in quarantine at a hotel in Tenerife, after a Coronavirus case was confirmed there.

Health Minister Jens Spahn said on Thursday evening, Germany stood “at the beginning of a Coronavirus epidemic”. He stated he had ordered the health ministers in Germany’s sixteen federal states to activate their pandemic plans and “to prepare a possible implementation”. There was no pandemic yet, Spahn said, but the situation had unfortunately worsened “in the past few hours.”

Germany’s federal government established a crisis management committee headed by both the Interior and Health Ministries. Spahn and Interior Minister Horst Seehofer were scheduled to introduce details at a press conference on Thursday.

So far, the Corona epidemic has spread to 37 countries, according to the center for Disease Control (CDC) in the United States. A total of 80,000 people are or were infected, more than 2600 patients have died. China is still the country affected most, but the situation in some other countries is increasingly alarming.

What makes the Coronavirus, also known as ‘Covid19’ so hard to track is the fact that people can pass it on without having any symptoms. In Germany, the first case was reported a month ago, on January 27th. In this case, it was easy to link the patient to a Chinese colleague who had flown in from Shanghai for a workshop.

Most other German Coronavirus patients worked for the same company, or they were family members of individuals who do. Two more cases were found among evacuees from Wuhan. Three groups of Germans were flown out of China in the past weeks. Most of them tested negative and recently left the quarantine they were in. At this stage, only a few evacuees are quarantined at a clinic in Berlin.

According to the latest ‘Situation Report’ released by the CDC, four new states reported their first ‘Covid19’ cases since Monday. They are Afghanistan, Bahrain, Iraq and Oman. There are a total of 229 cases in Italy. Out of those, 105 are new.

In case the situation in Germany escalates the way it has in Italy, or even worse, there are plans to cordon off Berlin, if necessary. The city state’s Interior Senator Andreas Geisel said, the disaster management was ready for this kind of measure. But Geisel conceded closing off a city of 3.7 million people would be difficult.

On Monday, Germany’s Health Minister Jens Spahn had said the virus had arrived in Europe. But there was no reason for panic, since Germany was “well prepared”. Not all experts agree with Spahn. Some believe he is underestimating the situation.