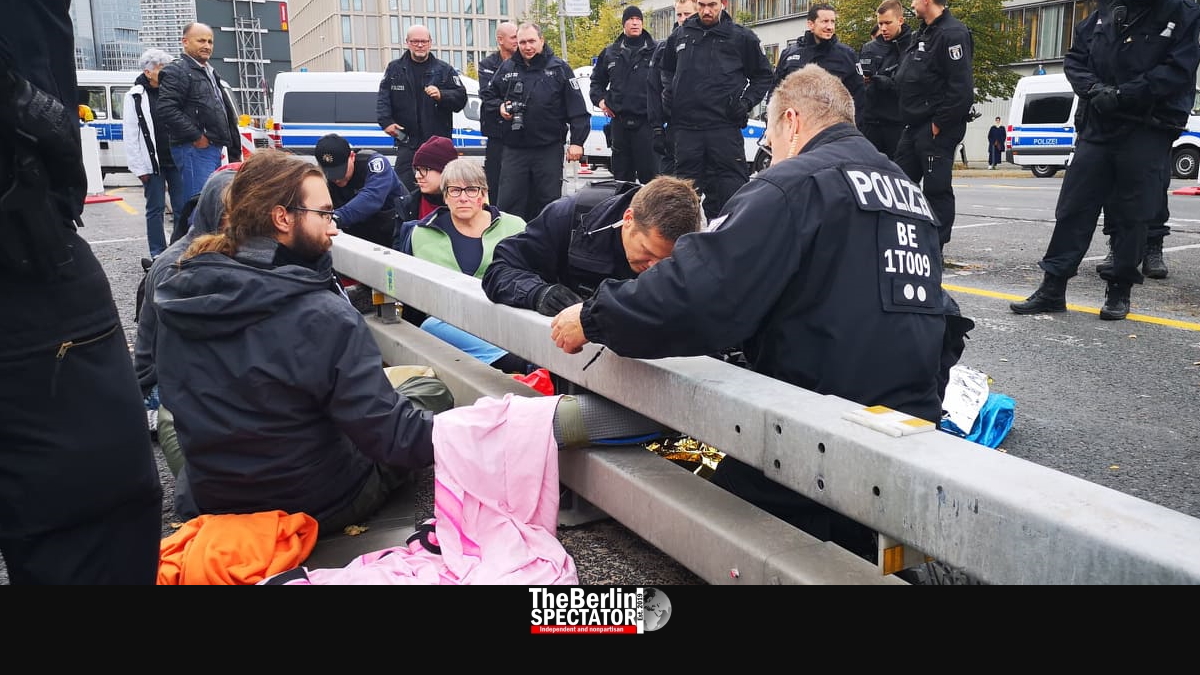 The radical group Extinction Rebellion announced new activities in and around Berlin. First it wants to block BER Airport in Brandenburg, which is not operational yet.

On Saturday, the extremist Extinction Rebellion (ER) movement of self-proclaimed environmentalists intends to stage a blockade of BER Airport south of Berlin, which will be opened on October 31st, 2020. The organization said there needed to be a ‘flight toll’.

According to ER, the aviation industry benefits from subsidies and competitive advantages compared to more eco-friendly means of transport. Since no VAT was charged on international flight tickets, the tax payer lost billions. Also there was no energy tax on kerosene.

ER did not mention the fact that the so-called ‘climate package’ approved by the Berlin Bundestag makes flight tickets more expensive while train tickets are cheaper. The organisation said constructing a new airport like BER had been the wrong decision.

Center of the Attention

According to an e-mail sent out to followers, BER Airport is a “symbolic location” at which Extinction Rebellion wanted to “rehearse effective street blockades, deescalation and police contact” while raising awareness for what ER calls a mischief. The group accuses the German government of preparing a tax relief for the airline industry.

Supporters of ER say the danger of global warming made non-violent disobedience and rebellion necessary. Opponents feel annoyed by ER’s activities which often lead to traffic jams for days. Some critics believe that other movements, such as Fridays for Future, had already made the points ER was using in order to be in the center of the attention, which was the group’s main motive.

In a recent statement, Extinction Rebellion said 2019 had been a “year of awakening and rising for the world” and that a “worldwide change towards a new system” was needed, which seems to be the group’s actual goal. The organization vowed it would initiate that kind of change this year. Politicians would take the “necessary decisions to stop the climate crisis.” ER said its actions would make “radical political action for climate protection possible.”

Extinction Rebellion announced “creative and disruptive actions” in Berlin this spring. Then the action would “intensify and target nationwide media attention.” For instance, ER is considering “decentralized actions” from April 5th to April 13th. The “mobilization potential is simply greatest in Berlin”, the extremist organization believes. In Brussels, it intends to “disrupt” the European Council Meeting in June.

Last year, ER had blocked several big intersections and important bridges in Berlin for days at a time. A majority of Berliners had felt annoyed and rejected this kind of protest, according to a poll, while some supported it. At Potsdamer Platz, ER members had brought furniture to the square in a huge Diesel-powered truck of the kind it rejects.

They also established “town meetings” next to the Chancellery. According to the group, its members should decide about policies. The fact that there are elected MPs and governments who already do so does not seem to matter to Extinction Rebellion.

In 2019, the Berlin police department was busy guarding ER’s protests, ending them and freeing group members who had chained themselves to guardrails on bridges and elsewhere. In some cases, the Berlin authorities let ER spend nights at certain intersections and squares. In other cases they opened them by carrying away the protesters.