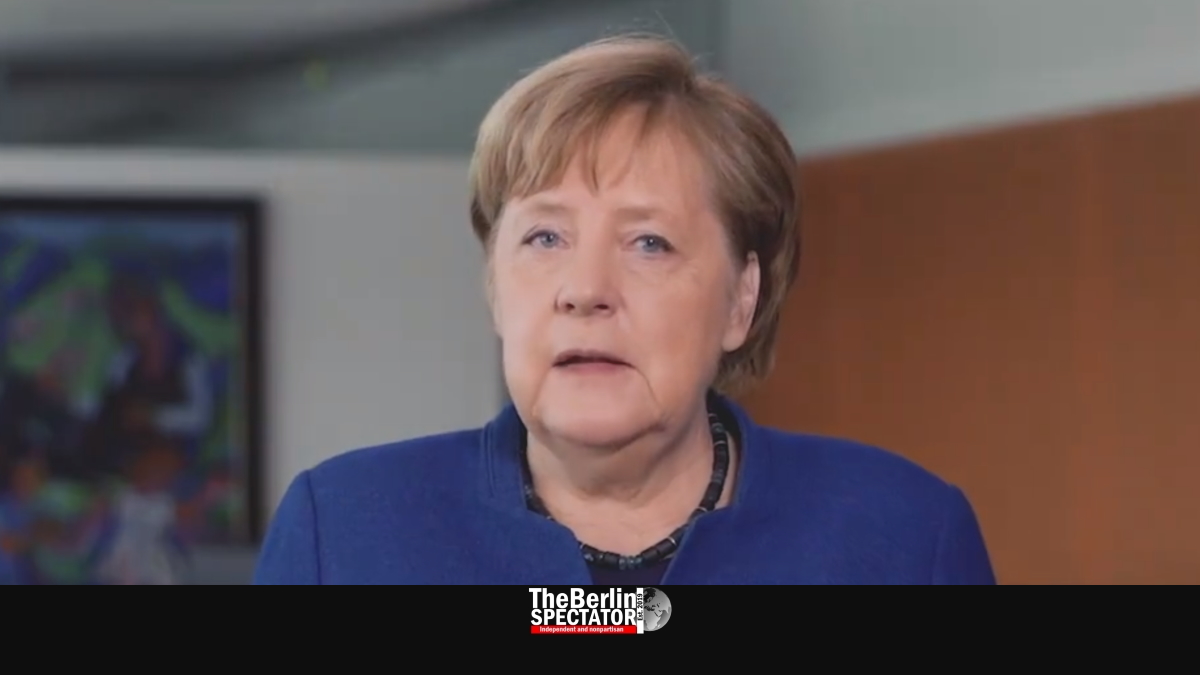 Ahead of Monday’s Integration Summit in Berlin, Chancellor Merkel said her government decidedly opposed right-wing extremism and violence. There were people in Germany who did not feel safe anymore after the horrific Hanau murders.

Germany was a country of diversity, the Chancellor of the Federal Republic of Germany, said in her weekly podcast on Saturday. People of different origins, faiths and skin colors lived in the country. All of them had the same rights and duties, and all of them were protected in section 1 of the constitution: “Human dignity shall be inviolable.”

Safety is Most Important Task

With the terrible, racist murders in Hanau and other events of this kind Germany had noticed that right-wing extremism and violence against certain groups in society existed, Merkel stated. The federal government and all democrats decidedly opposed anything of the kind.

Unfortunately there were people in this society who did not feel safe anymore after those horrific events. The Chancellor stressed it was the governments most important task to warrant everyone’s safety. “We are doing so with legal means”, Merkel said. She mentioned an initiative designed to combat hate crime and right-wing extremism that was approved ten days ago.

Merkel stressed the government was also actively working on prevention. It was very important for people to communicate, to get to know each other. For projects that promoted this kind of prevention, the government would spend 125 million Euro (138 million Dollars or 108 million Pounds Sterling) this year.

Chancellor Merkel also mentioned integration. In this field, her government had developed its National Action Plan. Within this program, 75 migration associations and 300 other organizations were cooperating with one goal, namely improving integration.

On Monday, the government’s first Integration Summit would discuss the first phase of integration which took place in the migrants’ countries of origin. Merkel called it “pre-integration”. This kind of endeavor would help people to orient themselves better once they reached their destination country.

This was important, also because the new Skilled Personnel Immigration Law would kick in on March 1st. More qualified professionals would come to Germany for that reason, Merkel announced. They should find their new home in Germany.

In Hanau, a right-wing extremist had murdered ten people before killing himself on February 20th. Ten of the victims were Kurds and Turks who were directly targeted at two bars.