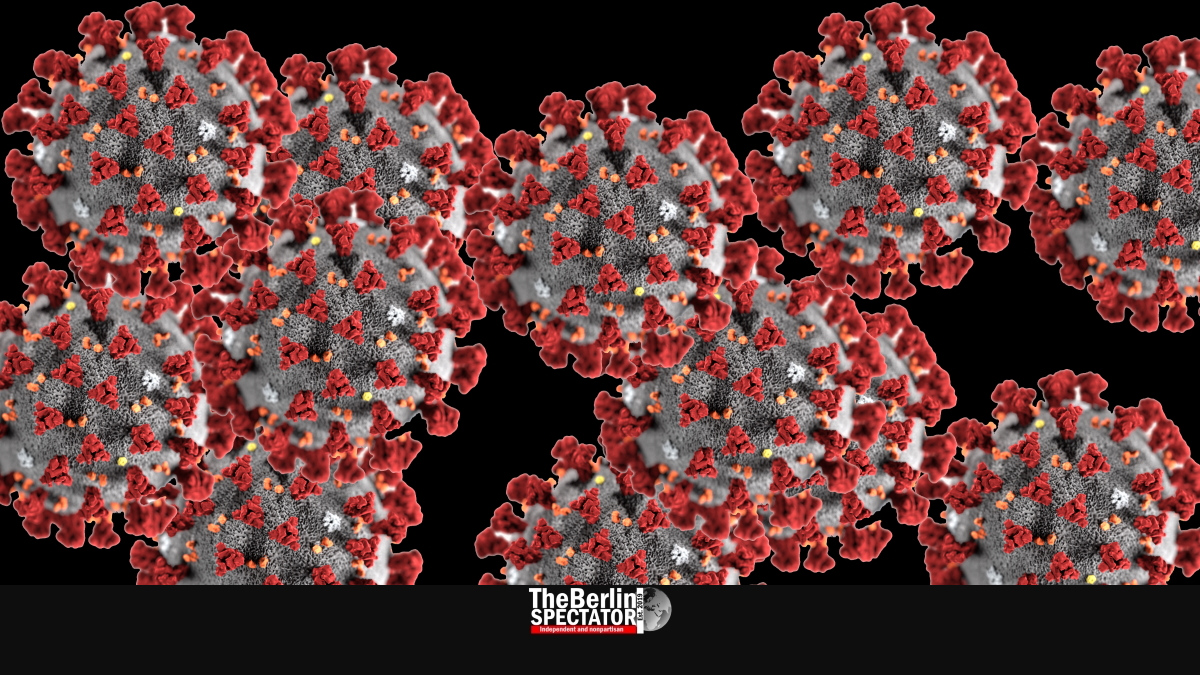 Five days after the number of new Coronavirus cases in Germany was at zero, it exceeded 60. Halfhearted measures are supposed to stop or slow the virus down.

Days into the second Coronavirus outbreak in Germany, Chancellor Angela Merkel commented on the situation. During a visit to her constituency in Stralsund, she stated a restrained approach should be taken. Merkel said she was opposed to cancelling all events. She could not have said less in three sentences. So far, the Chancellor is leaving the stage to her ministers.

The second outbreak started on February 25th with news according to which three individuals were infected. Now there are many more cases. They include four children from a kindergarten in the town of Heinsberg, who were probably infected by a nursery teacher. She is being treated as a Coronavirus patient in Düsseldorf.

In Bonn, a primary school will be closed for two weeks, because a caretaker went to a carnival celebration, where he caught the virus. At this stage, 185 children are being tested in the former West German capital.

So far, one infected individual in Germany, the nursery teacher’s husband, was in critical condition. He has not come through it yet, but seems to be better. In Heinsberg county, where the couple lives, at least 37 people are infected. Hundreds are in quarantine here, in the federal state of North Rhine-Westphalia, mostly in their homes. They are residents with connections to the kindergarten the infected lady works at, and to the recent carnival celebrations.

In some parts of North Rhine-Westphalia, the province affected the most so far, supermarket shelves looked rather empty on Friday because panicking residents, and those who just wanted to be prepared for any eventualities, bought all the Ravioli cans and other items they could find. In the regions affected the most, schools and kindergartens remain closed.

Four doctors, one each from Hamburg, Tübingen, Mönchengladbach and Erlangen, are infected with the Coronavirus. They are in quarantine. So are dozens of their contact persons, including hospital staff and patients. In Hamburg, children are among them because the infected physician works at the children’s ward of the Eppendorf University Clinic. On Saturday evening, a second case in Hamburg and the first one in Bremen were reported. So was one in Lower Saxony.

By Saturday evening, the virus had not reached Germany’s largest city, its capital Berlin. Still, precautions were taken here too. For instance, the health authorities tightened the rules for big events. This aspect, and the overall danger the Coronavirus poses to the population, led to the cancellation of the ITB tourism trade fair, which was supposed to commence on March 4th (Read separate article on ITB cancellation).

At ‘Messe Berlin’, the city’s exposition grounds, 10,000 exhibitors from 180 countries and up to 180,000 visitors would have gotten together. For a virus like the one the better part of the world is fighting right now, that kind of environment would have been an invitation to spread further, experts believe.

On a daily basis, the government’s crisis committee convenes. On Friday it decided to base its risk assessments on the insights of the Robert Koch Institute, a public health and research facility. What events are concerned, the final decision usually lies with the local health authorities. But those tend to listen to recommendations from the crisis committee and the institute.

A new rule forces train service operators to have their passengers fill out ‘exit cards’ in case suspected Coronavirus cases are being identified on their trains. That way they can be contacted and put in quarantine in case any suspicion is being confirmed by positive virus tests. So far, this kind of rule mainly applied to airlines.

Airlines now need to report passengers who started their journeys in China, Italy, Iran, South Korea or Japan. At the same time the Coronavirus crisis affects them economically. Germany’s flag carrier Lufthansa announced a possible cancellation of about 25 percent of all short and mid distance flights. Part of the airline’s long distance flights might me scrapped as well.

In cooperation with the Ministry of the Interior, the crisis committee also decided to increase security at Germany’s borders to its nine neighboring countries. The federal police is supposed to increase checks of individuals at and around the borders. Also Germany intends to purchase biohazard suits and breathing masks. This is easier said than done because the entire world wants to make purchases of this kind right now.