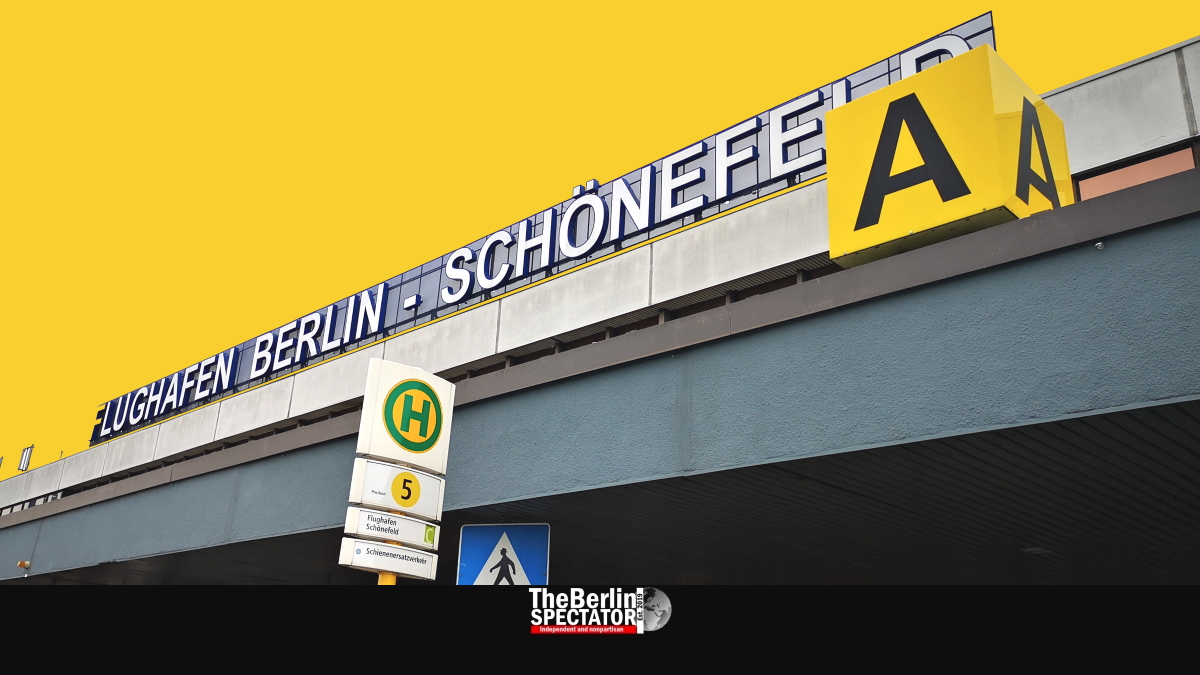 At Schönefeld Airport, located just outside Berlin in Brandenburg province, the operators are busy renaming terminal areas. The entire airport will be renamed too.

Once BER Airport becomes operational in late October of 2020, what is known as Schönefeld Airport today will convert to Terminal 5. But even before, starting on March 31st, the terminal areas within Schönefeld Airport will be renamed.

The operator, Flughafen Berlin Brandenburg GmbH, says that way there would not be double appellations. “With the renaming of the infrastructure at Schönefeld Airport, we are taking another step towards BER”, the company’s CEO Engelbert Lütke Daldrup stated.

He explained it was necessary everyone, including passengers, partners and employees, had precise information about all locations. That is why a decision to rename those old terminal areas, months ahead of the opening of the new airport, had been taken. The step was important for the upcoming trial operation with thousands of volunteers as well.

Parking Spaces to be Renamed Too

At Schönefeld Airport, the future Terminal 5, today’s terminal areas A, B, C and D will be the following ones from March 31st, 2020:

The letters N, O and P were skipped, probably because the N could be mistaken for ‘M’ in loudspeaker announcements or phone conversations. Also ‘Q’ was connected to the old airport’s ‘Quick Security Check’ which obviously starts with that letter. It is an entrance to the gate areas for passengers with boarding passes who are traveling with hand luggage only.

Flughafen Berlin Brandenburg GmbH is not only renaming Schönefeld Airport and its terminal areas, but also its parking spaces. Number 1 will be number 51 from March 31st, number 2 will be 52, 3 converts to 53 and 4 to 54. Parking at the airport will likely not get any cheaper during the renaming process.

Because technicians are already working on the changeover, the new letters and numbers might appear even before the changes will be implemented officially, the operator says.

On October 31st, 2020, the new BER Airport, its official name is ‘Flughafen Berlin Brandenburg Willy Brandt’, will be opened (read separate article ‘Berlin: The Beauty of a Brand New Airport’). It was supposed to be inaugurated nine years ago. A week after it finally happens, Tegel Airport in Berlin is scheduled to close for good, meaning Berlin, as a city and as a region, will have one single major airport. Tempelhof, yet another airport, was closed in 2008.

BER Airport’s Terminal 1 has a capacity of 28 million passengers per year. Since Berlin needs space for millions of passengers more, Schönefeld Airport is being added as Terminal 5. At the same time, a new Terminal 2 is already under construction. It’s terminal areas will likely be F, G, H, I.

The Berlin Perspective: ‘May I Speak to Mr. Corona, Please?’

Germany: Empty Shelves in Supermarkets Due To Coronavirus