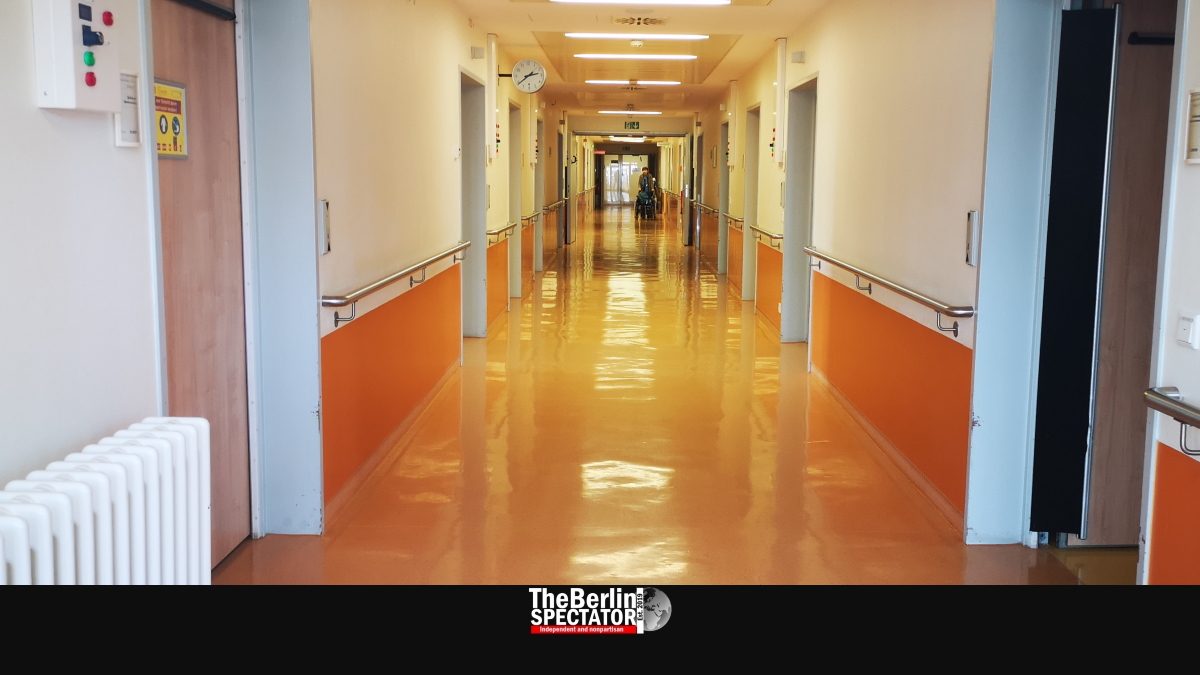 Ten out of sixteen federal states in Germany have reported Coronavirus patients. The total number of cases has reached 150. Berlin’s first patient went through quite an ordeal.

The Coronavirus crisis has reached Berlin. In the German capital the health authorities announced there was one confirmed case. The patient is a young man from the city’s Mitte district. He is now at an isolation ward, after going through an ordeal during which he was checked in several departments of Berlin’s Virchow Clinic.

His contact persons are now being sought, so that they can be placed in quarantine as well. About 60 of them have already been identified, according to Berlin’s Health Senator Dilek Kalayci. The patient himself had been taken to the clinic in an ambulance on Sunday morning and checked for several illnesses he did not have. Later he was released.

On Sunday evening at 9:00 p.m., the result of a test showed the patient was infected with the Coronavirus. The reason his infection was established is a rule adhered to by Berlin’s Charité hospitals, including the Virchow Clinic: Patients who test negative to influenza will automatically be checked for the Coronavirus.

Because Berlin’s first Coronavirus patient had been examined by numerous doctors and staff members in the morning, they had to be quarantined while he was taken back to the Virchow Clinic. The emergency admission he had been taken to in the morning was closed.

This case shows how helpless even hospitals can be before they figure out what is actually going on. Releasing this patient was obviously a big mistake that might backfire. Two more cases in Berlin were announced on Monday evening. A man in Mitte and a woman in the Marzahn-Hellersdorf district tested positive.

In Berlin, Germany’s largest city with 3.7 million inhabitants, there are more than 1800 hospital beds for people infected with viruses like ‘Covid19’. What exactly would happen if 70 percent of all residents were infected, which is something renowned scientists are predicting for Germany, is unclear. That number of beds would definitely not be enough, even considering the fact that many patients only develop light symptoms or none at all.

Ten Out of Sixteen

Berlin also has a high level quarantine station with 20 beds for dangerous diseases such as Ebola. It is located at the Charité’s Virchow Clinic, but will not be needed because the Coronavirus is not quite as dangerous.

A total of ten federal states in Germany are now affected. In the tiny Saarland in the very west, in Saxony, Saxony-Anhalt, Mecklenburg-Hither Pomerania, Thuringia and Brandenburg, no cases have been confirmed so far, as of Monday morning at 7:00 a.m..

Rules for People with Symptoms

Earlier today, Germany’s Health Minister Jens Spahn said the federal government had placed ads with information about the Coronavirus in almost all newspapers in the country and posted the same kind of content in social media. There was a lot of interest in the population. Spahn stated people with the typical symptoms of respiratory diseases needed to follow these rules:

> Contact your doctor by phone if you recently were in a country or region considered a risk area (e.g. China, Iran, Italy or North Rhine-Westphalia).

> Do not visit any doctor’s office.

Professor Lothar Wieler of Germany’s Robert Koch Institute said there were 80,170 Coronavirus cases in China at this stage, 2915 patients had died. In a total of 64 other countries, 8898 cases had been confirmed as of this morning. With Armenia, the Dominican Republic, Indonesia and Czechia, four more countries were affected by the virus today. According to Wieler the virus spreads very rapidly.

In Germany, there were 150 Coronavirus cases this morning. As many as 86 of them had been confirmed in North Rhine-Westphalia, 26 in Bavaria and 19 in Baden-Württemberg. More men than women have been infected so far. Professor Wieler said his institute had increased the risk level for people in Germany to ‘moderate’, while the European one was reportedly set to ‘moderate to high’.

Until yesterday, the German Coronavirus map had looked like one drawn during the Cold War, meaning almost all federal states in former West Germany were affected, while all former East German provinces were not. That has now changed.

Since the second wave of Coronavirus infections hit Germany on February 25th, most infection chains could be traced back to individuals who had recently returned from Italy or Iran, and to carnival celebrations in North Rhine-Westphalia. In some cases, it seems to be hard to impossible to find ‘patient zero’.

Recently, an infected individual from western Germany was in Tropical Islands, a huge indoor swimming pool located in a former freight airship factory in Brandenburg. There, the authorities in charge are testing employees. Until Monday morning, no infections have been reported.

In Baden-Württemberg, a large federal state in Germany’s south-west, the number of Coronavirus cases increased again. On Sunday night, the health authorities in Stuttgart announced that three men in Mannheim were infected, and one in the city of Heilbronn. The total number of cases down there stood at 20 this morning.

By Sunday night, Schleswig-Holstein, in Germany’s north, had two cases, Lower Saxony and Bremen one each. North Rhine-Westphalia has the largest infection cluster in Germany, with more than 70 cases. In Hesse, four new cases were added to the older four. There were three Coronavirus patients in Rhineland-Palatinate and four new ones in Bavaria.

In Hamburg, a third case was confirmed early on Monday morning. According to the Senate in the port city, the patient entered Germany from Iran last week. From Frankfurt Airport, he traveled to Hamburg. This individual and his contact persons are in quarantine.

The Coronavirus crisis in Germany had commenced on January 27th, when the first infected individual was identified in Bavaria. After the first wave with a total of 16 cases two of whom were evacuees from the Chinese city of Wuhan, the second, much larger wave started on February 25th, shortly after Italy was hit badly.

Many Germans are stockpiling durable food. Large supermarket chains reported an big increase in their turnover. Many customers purchased canned food. At pharmacies, breathing masks and disinfection fluids have been hard to get or sold out for a month now.

Good news are rare these days, but they did hit the city of Bonn. At a primary school, 185 kids were tested for the virus because a caretaker employed there caught the Coronavirus. The result for all of them was negative.

‘Meet a Jew’ in Germany: Project Against Prejudice