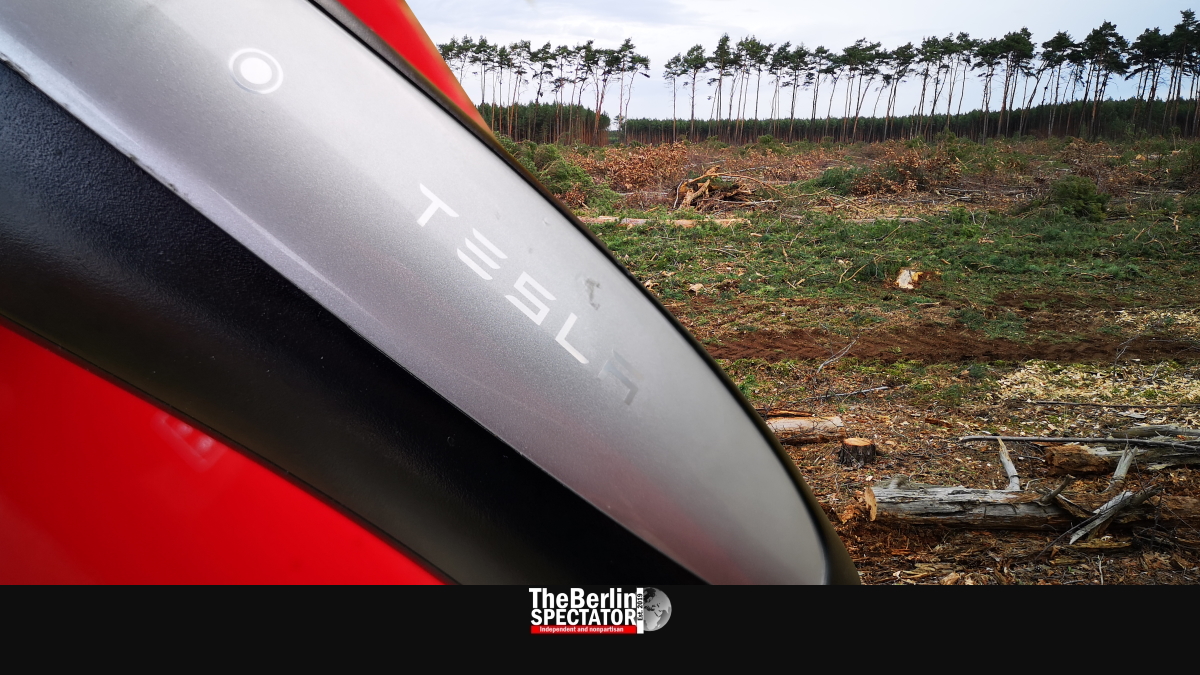 Tesla is expanding to Europe. The construction for the American electric car giant’s ‘Gigafactory’ in Germany’s Brandenburg province will likely commence later this month.

Environmentalists in Brandenburg have managed to give Tesla and the supporters of their endeavor in Germany a headache with their protests against their factory in Grünheide county, located just outside Berlin. But the project is still on track.

The ‘Gigafactory’ is supposed to build its first vehicle in 18 months from now. So it is about time the construction starts, even though Tesla does not have all permissions it needs. But CEO Elon Musk and his top managers know they have the support of both Germany’s federal government and the government of Brandenburg.

Musk, who seems to be planning to come to Berlin and Brandenburg later this month, knows First Minister Dietmar Woidke and his Minister of Commerce, Jörg Steinbach, are strong supporters. Since Tusk announced his plans in their province, they have been supporting him by creating a task force, by pulling strings and speeding things up substantially.

Pain in the Neck

The premises Tesla purchased for the ‘Gigafactory’ that will enable them to use the ‘Made in Germany’ label on up to 500,000 cars per year they intend to manufacture there, are located at the Freienbrink industrial park in Grünheide county. The process of clearing away pine trees which were part of a plantation on the designated land turned out to be a pain in the neck.

Environmentalists protested against the cutting of the trees. Some of the activists even climbed some of them and had to be taken away by police. An environmentalist organization stopped the clearing of trees via a court order, but the interruption lasted a few days only.

Even the Greens in Germany, a party not exactly known for agreeing to all industrial projects under any circumstances, is among Tesla’s supporters. Berlin’s Green Senator Ramona Pop recently told the opponents in Brandenburg it was “not necessary to be against everything.”

According to polls, 82 percent of all adult residents of Brandenburg support Tesla’s project because they believe it will benefit their federal state and the region the factory will be built in, even though Tesla seems to intend to hire a lot of workers from Poland to keep the labor costs down. Brandenburg’s government knows, but does not want to touch this problem until the factory is ready.

The German-language daily ‘Frankfurter Allgemeine Zeitung’ reported, starting the factory construction was possible even while not all required permissions were available to Tesla yet. Brandenburg’s Commerce Ministry confirmed by saying the construction work might commence during the second half of March, but there is no specific date yet. Tesla would have to accept the risks that kind of approach would include.

It is unclear whether the Coronavirus wave that is hitting Germany right now will affect Tesla’s project in any way. On Tuesday morning, one infection was confirmed in Brandenburg and three in Berlin. The health authorities are not expecting any improvement of the situation anytime soon. The opposite is the case.

What the legal process for the Tesla factory is concerned, citizens or organizations have until Thursday of this week to hand in objections they might still have. On March 18th, all objections are supposed to be discussed. The ‘Frankfurter Allgemeine Zeitung’ quoted Minister Steinbach saying the final permission for the construction of the factory should be on the table in summer.