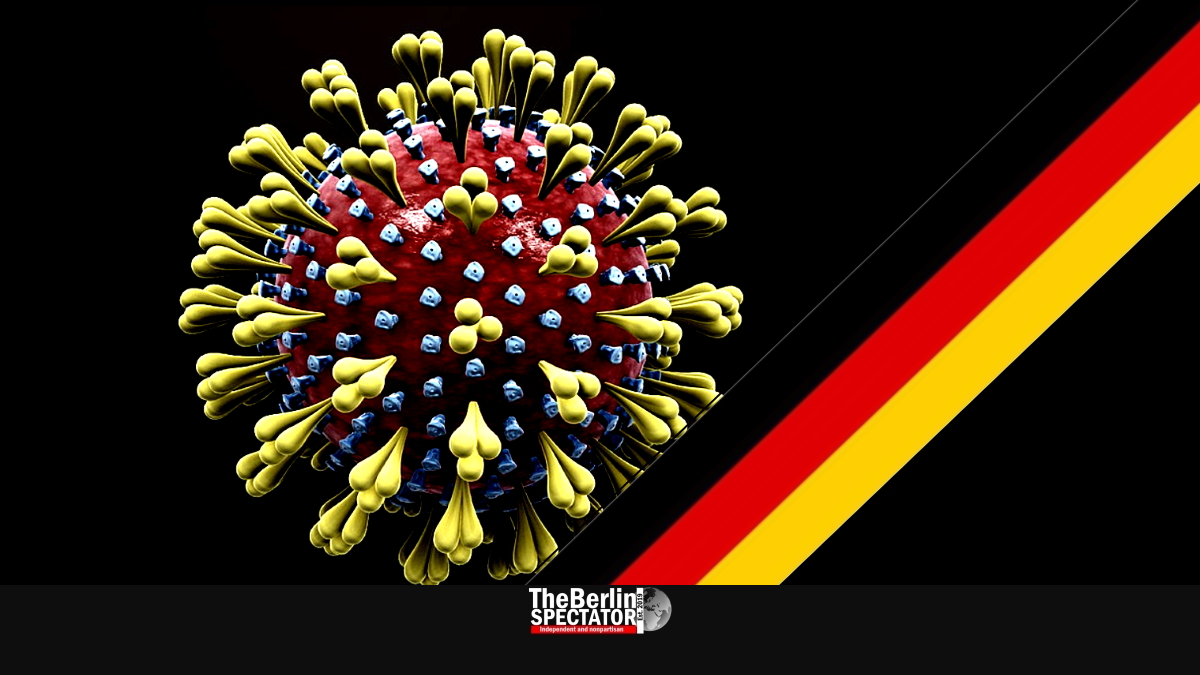 In Germany, the number of confirmed Coronavirus cases has grown by 20 percent within 24 hours. There are now more than 180 of them. And the virus has reached the east.

The health authorities in Thuringia, Brandenburg and Saxony confirmed they have their first Coronavirus patients. So did Berlin, where six individuals are infected. Until Sunday, the virus had affected nine federal states in Germany. Now there are 13.

In Berlin, the Senate’s Health Administration had confirmed three new cases on Monday, just hours after the first one. Two schools will remain closed for a while in the German capital. Berlin’s first Coronavirus patient reportedly was in contact with some of the parents of kids who attend the Berlin Metropolitan School, which is why that institution closed temporarily.

The Emanuel Lasker School in Berlin’s Friedrichshain-Kreuzberg district was closed too because a teacher who had spent a skiing vacation in northern Italy tested positive. As a result, 80 contact persons are being tested, including some at the school. It is unclear whether it will reopen after the tests. A woman from the Mitte district is on the list of Berlin’s Coronavirus cases too.

On Tuesday, a resident man from Berlin’s Tempelhof-Schöneberg district was mentioned. He is one of the latest confirmed cases. This patient is being treated at the Franziskus hospital. The second new case is a doctor who works at a day clinic in Neukölln, and the third one is a colleague of the very first patient in Berlin.

Berlin to Offer More Support to Women Affected by Domestic…

In Bavaria, the first federal state to be hit by the Coronavirus during the first wave that started on January 27th, is affected during this second wave as well. Since yesterday, the number of new cases increased by six to 21. Five individuals from Freising county are infected now. So is a man from Munich, according to the Bavarian Health Ministry.

The latest cases in Freising are connected to the husband of a child care worker who tested positive. It is unclear which infection chain the new patient in Munich belongs to. During the first wave, there had been 14 Coronavirus patients in Bavaria. All of them are healthy by now.

In neighboring Baden-Württemberg, 26 people are infected. The federal state with most cases is North Rhine Westphalia, where 92 patients are being treated and hundreds are in quarantine, mostly at their homes. In this largest German province, the virus had started spreading during the carnival season.

Saxony, Thuringia and Brandenburg had one Coronavirus patient each on Tuesday morning, Lower Saxony and Bremen had one each, Schleswig Holstein 2, Hamburg 3, Hesse 11 and Berlin 3.

In North Rhine-Westphalia’s Heinsberg county, the overall situation is critical. One of the main problems is that more and more medical practices need to close because the doctors or staff members were in contact with patients infected with the Coronavirus.

The local authorities are now considering changing the rules. At this stage, two-week quarantines are mandatory after such contacts. But doctors who are in quarantine cannot treat patients, including those with emergencies. Letting doctors without symptoms leave their quarantines earlier is what the local health authorities are discussing.

On Monday, the Robert Koch Institute in Berlin increased the risk level for residents in Germany from ‘low’ to ‘moderate’. The strategy the German authorities are following is to buy time by trying to break infection chains as effectively as possible.

That way, the spread of the Coronavirus is supposed to be slowed down. At some point later this year, the global scientific community is hoping to be able to come up with a vaccine. Israeli scientists have said they might have one within weeks.

Supermarket chains in Germany are having trouble refilling their shelves as the demand is skyrocketing because of the Coronavirus crisis. Toilet paper and durable food are the most popular items. (Read separate article Germany: Empty Shelves in Supermarkets Due To Coronavirus).

In the meantime, two suspected cases on board the cruise ship ‘AIDA Aura’ that had been quarantined outside the Norwegian port of Haugesund, tested negative.

Top 10: You Know You Are Sharing Berlin with the Coronavirus When …