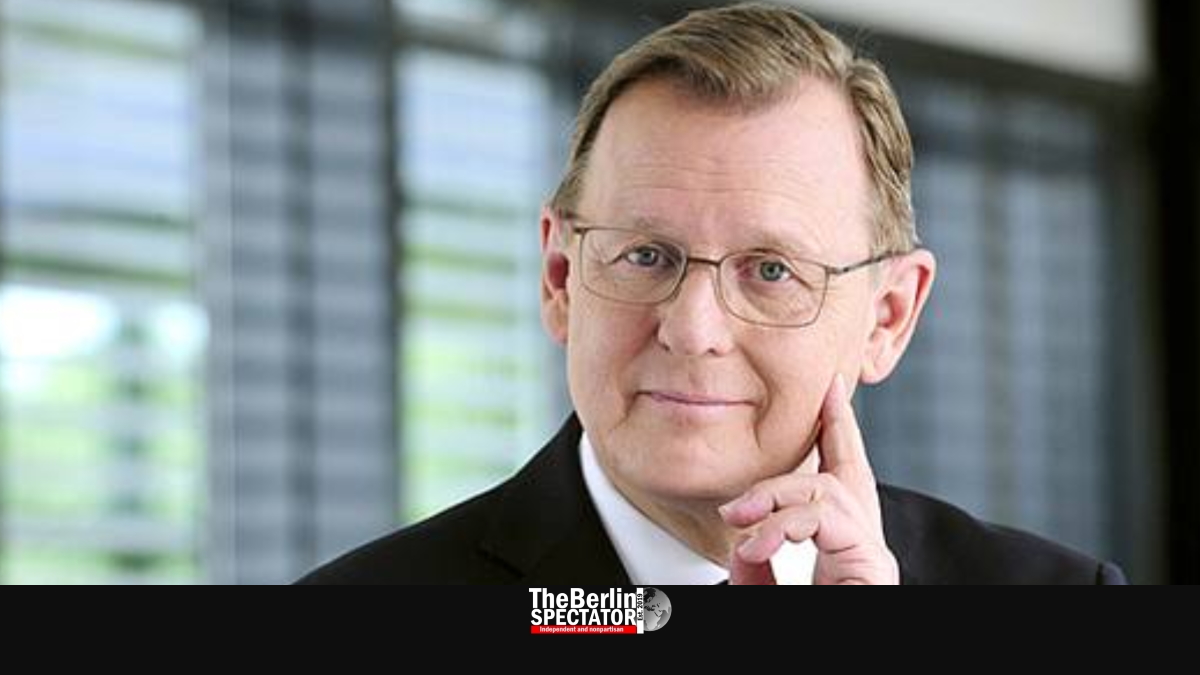 Bodo Ramelow of the left-wing party ‘Die Linke’ was elected First Minister of the federal state of Thuringia today. It took three rounds of voting to get there.

The former First Minister of Thuringia, Bodo Ramelow, was elected into that position again on Wednesday. In the third round of voting, he was the only candidate and got 42 out of 90 votes. This aspect could lead to legal and other issues. Twenty-three MPs voted no, 20 abstained. Ramelow’s swearing-in took place only 2 minutes after the vote.

The Constitutional Court in Thuringia could annul this result because of the absence of an alternative candidate. The second problem is that Ramelow and his Social Democratic and Green partners do not have a majority since they lost during the last elections.

In both the first and the second round of votes, Ramelow had only reached 42 votes, of the 46 he would have needed for a majority. In those cases, there was another candidate, namely Björn Höcke of the extremist ‘AfD’. He got 22 votes, as expected. Twenty-two is the number of MPs the ‘AfD’ has in Thuringia’s state parliament in Erfurt.

Björn Höcke, one of the most radical leaders of the extremist right-wing party ‘AfD’, ran for First Minister as an alternative candidate. He is known for spreading blunt racism. Some months ago, a court ruled he may be called a fascist. In spite of Höcke’s problematic statements, even one of the ‘AfD’s main leaders, Alexander Gauland, called him a “man of the center”.

Before today’s election at the state parliament in Erfurt, its members had observed a moment of silence for the victims of the recent terror attack in Hanau. Om February 20th, a Nazi had shot and killed nine Kurds and Turks at two bars. Shortly after he killed his mother and himself.

Bodo Ramelow’s party ‘Die Linke’ was hit by a scandal this week, when one of its leaders, Bernd Riexinger, failed to object to a statement by a member who had said “one percent of the rich” would be shot after “a revolution”. Riexinger himself added to the scandal with a scandalous statement.

Ramelow, who is a moderate ‘Die Linke’ member, criticized those statements harshly on Tuesday. Also because he is the most popular politician in Thuringia, according to polls, he is untouchable in the party, even though he keeps on objecting to approaches his Berlin colleagues take.

Ramelow was First Minister of Thuringia from December 5th, 2014, to February 5th, 2020. During that time period, he had headed a coalition with the Social Democrats (SPD) and the Greens, until the Thuringia Scandal ended that era.

A month ago, Ramelow had failed to reach a majority because his coalition partners had lost a lot of votes in state elections. During the third round of voting at the state parliament, the FDP, the CDU and the ‘AfD’ suddenly voted for the FDP’s candidate Kemmerich, even though his party only has 5 seats.

Instead of rejecting the outcome, because of the support he got from the extremist right wingers, Kemmerich accepted it. This led to big discussions in Berlin, where the CDU had ruled out any cooperation with the ‘AfD’. This was something the Thuringia division of the party did not agree with. The scandal pulled the CDU into a deep crisis.

Today’s vote at Thuringia’s state parliament had almost been cancelled because of the Coronavirus. One of the CDU’s MPs had traveled to Italy. On the way back, he was on a bus with a person believed to be infected. Then it turned out the patient had a common cold.