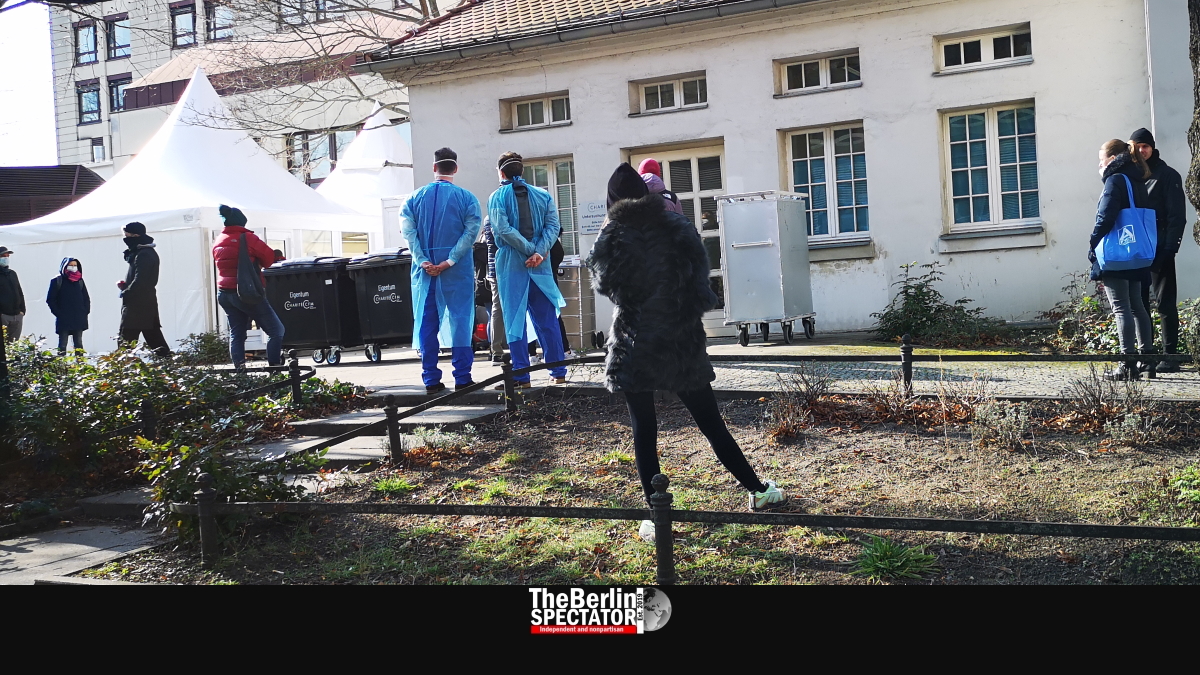 In Germany, the number of infected persons is skyrocketing. While the authorities keep on stressing how well the health system was prepared, doctors believe it will likely be overburdened. The economy is feeling the virus too.

At the Berlin Bundestag, Germany’s hyper-active Health Minister Jens Spahn said the Coronavirus crisis had not reached its peak yet. Neither he nor the experts he is in touch with know if it will be reached anytime soon. For now it seems this is only the beginning.

A few kilometers from Germany’s parliament, at Berlin’s Virchow Clinic, some 25 sneezing and coughing individuals waited in and around a make-shift waiting room on Wednesday afternoon. It is a large tent that is part of an alternative emergency admission for suspected Coronavirus cases who have typical symptoms and who recently returned from risk regions such as Italy or Iran. It is also for those who were in contact with official Coronavirus patients and might have contracted it from them.

Three doctors wearing protective clothing and fancy breathing masks spoke to the new arrivals and explained the procedure to them. Those who do not meet the criteria are being sent home or to other departments, while those who stay are suspected Coronavirus cases, until their test results are in. Most of those who appear at this emergency admission tent have the flu or colds. On Tuesday, some 100 patients were checked here. On Wednesday it was a similar picture.

At this stage, Germany has more than 543 confirmed cases (late evening). Berlin did not have any cases last Saturday. Now there are 15 confirmed ones in the German capital. The health authorities believe the Coronavirus patient who was reported in Berlin’s Pankow district on Wednesday night has no connection with the other patients in the city.

At least five Berlin patients are in quarantine in their homes, several are being treated at an isolation ward at the Virchow Clinic and one at the Vivantes Clinic Berlin Neukölln. Several Coronavirus cases in Berlin work at an open space office at which one of the infected individuals has coughed and sneezed for weeks, according to witnesses quoted by German-language media.

In Berlin, arriving refugees are being informed about the Coronavirus, its dangers, symptoms and implications. Once they get to the accommodations for migrants, they are being checked by doctors from the city’s Charité clinics. They also confirm the route the refugees took, in order to establish whether they might have crossed high risk regions.

Germany’s largest province, North Rhine-Westphalia, had 172 cases on Wednesday night, Baden-Württemberg 65 and Bavaria 56. There were 12 infection is Hesse, 11 in Lower Saxony, 7 in Rhineland-Palatinate, 5 each in Hamburg and Schleswig-Holstein, 4 in Mecklenburg-Hither Pomerania, 3 in Bremen and one each in Brandenburg, Saarland Saxony and Thuringia.

The German economy is being hit by the virus too. For instance, the situation led to a slumping demand for air travel, which is why Germany’s flag carrier Lufthansa is keeping as many as 150 aircraft in parking positions, until further notice. Every day of being partially idle costs the airline millions.

The Federation of the German Industry says the danger of a recession was big, since the economical growth might stop. In case there is no normalization in the second quarter of this year, the experts expect a decline of the economic output for 2020.

In the meantime, doctors have disputed statements by Health Minister Jens Spahn according to which the “strong German health system” was prepared for situations of this kind. Infected doctors and staff who are in quarantine are already a big issue that is weakening the system, they say. Once things worsened more, serious problems could arise.

The situation in Germany is still far better than in certain other countries. Italy just closed all schools and universities. The country reports 3100 Coronavirus cases and 107 deaths. Not a single Coronavirus patient has died in Germany.