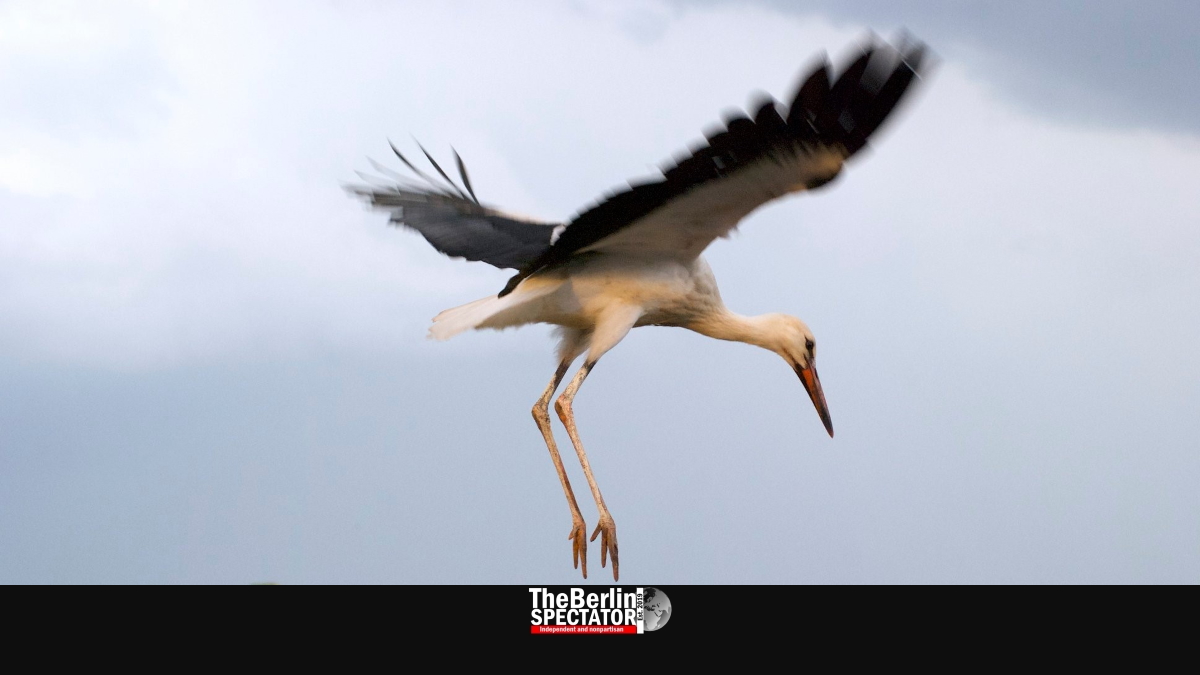 Storks have always fascinated humans, for several reasons. The Number of storks in Germany has been increasing for a while. In Brandenburg province, it seems to be falling now.

Two hundred years ago, there were questions about storks nobody could answer. Where do they come from? Where do they go in winter? Which routes do they take? Then, German scientists hit the jackpot one day, when they found a stork which was slightly injured by an arrow it brought along. That weapon was traced back to Africa.

Some one hundred years ago, things became a little easier. Storks were equipped with tiny metal rings around their legs with registration numbers. That way, they could finally be tracked. Out of the ringed birds, one in three was found again later. According to the Max Planck Institute for Ornithology in the picturesque fishery village of Seewiesen in Bavaria, those storks created three data points, on average.

Back then, the Danish author Hans-Christian Andersen had spread the legend according to which storks bring human babies to families. It was the perfect answer to the big question most children ask their parents, at least to moms and dads who would never talk to the little ones about sexuality.

According to another legend, storks bring luck. As opposed to the one with the babies, this legend was never proven wrong. But, if those big white birds with their long legs and beaks really bring luck, they do so on two main routes. Yes, researchers were beginning to understand what exactly storks really do.

Europe was divided into East and West during the Cold War. In a different way it still is. Guess what: So are storks. Just like Europeans, they are made up of easterners and westerners. Except they do not carry passports and do not give a damn about borders between countries.

Eastern storks tend to come to western and northern Europe between February and April. Once the ground freezes, they return to parts of Africa. While many of these birds used to fly 10,000 kilometers (6200 miles), all the way to South Africa, they seem to prefer Chad, Sudan and Egypt now.

Numerous storks breed along the way when they head north again. In the Middle East, they seem to prefer countries which start with the letter ‘i’, namely Iraq, Iran and Israel. They also love Mecca, meaning they are obviously pilgrims. Further up, in south-eastern Europe, hundreds of storks breed in Bulgaria every year. Generally speaking, eastern storks seem to be flying more than their western colleagues.

The latter tend to breed in central Europe, including Germany. When it gets cold, many of these birds fly to Morocco via France, Spain and Gibraltar. But, probably thanks to climate change, more and more storks just stay in Europe, as long as the winter is mild. There is one country they never fly to, namely the United Kingdom. Somehow they do not feel like crossing the English Channel.

But they run into trouble, even during the times they regularly breed in Europe. In 2018, storks got caught by sudden icy winds. In Bulgaria, farmers and other villagers tried to save many of them by taking them home for a while. Those birds were suffering from frozen wings. They could hardly move. But, according to experts, storks are not as vulnerable as they might seem, even in the cold.

In Germany, the number of storks has been increasing for a while. The Nature and Biodiversity Conservation Union (NABU) says, there had been 9000 breeding pairs in this country in the early 1930s. That number slumped to under 3000 in 1988. In 1994, more than 4150 pairs were counted in Germany. Then we were back at around 7000 breeding pairs.

In Brandenburg, the numbers seem to be decreasing now, from more than 1400 storks in 2013 to less than 1200 in 2019. The RBB quoted a NABU representative who said the birds could not find enough food in this region anymore. The first stork, a beauty named “Kurtchen Rotschnabel”, reportedly arrived almost a month ago, on February 9th. He has a nest in Bad Freienwalde. Others have also settled in their nests already.

There are other eastern German provinces the beautiful birds like too, including Mecklenburg-Hither Pomerania, Saxony-Anhalt, but they increasingly pick western German ones, such as Lower Saxony, North-Rhine Westphalia and Hesse.

While scientists use high-tech devices and millions of data to study storks, others just need the luck those birds bring. Some 2000 kilometers (1242 miles) south-east of Frankfurt, in the small Bulgarian town of Samokov, Ivan Kitanov is the lucky guy.

He has a first class view, since there is a highly populated stork nest right outside his living room window. Kitanov also owns a rather big Nikon camera. This combination, along with the know-how he brings in, turns out to be perfect for quality shots.

Ivan Kitanov shot all stork pictures in this article. He caught them breeding, resting and even fighting. The Bulgarian photographer welcomes them in early spring and says goodbye to them in fall. He probably calls them by their first names by now.