The Berlin Perspective: Stop Telling Us What To Do 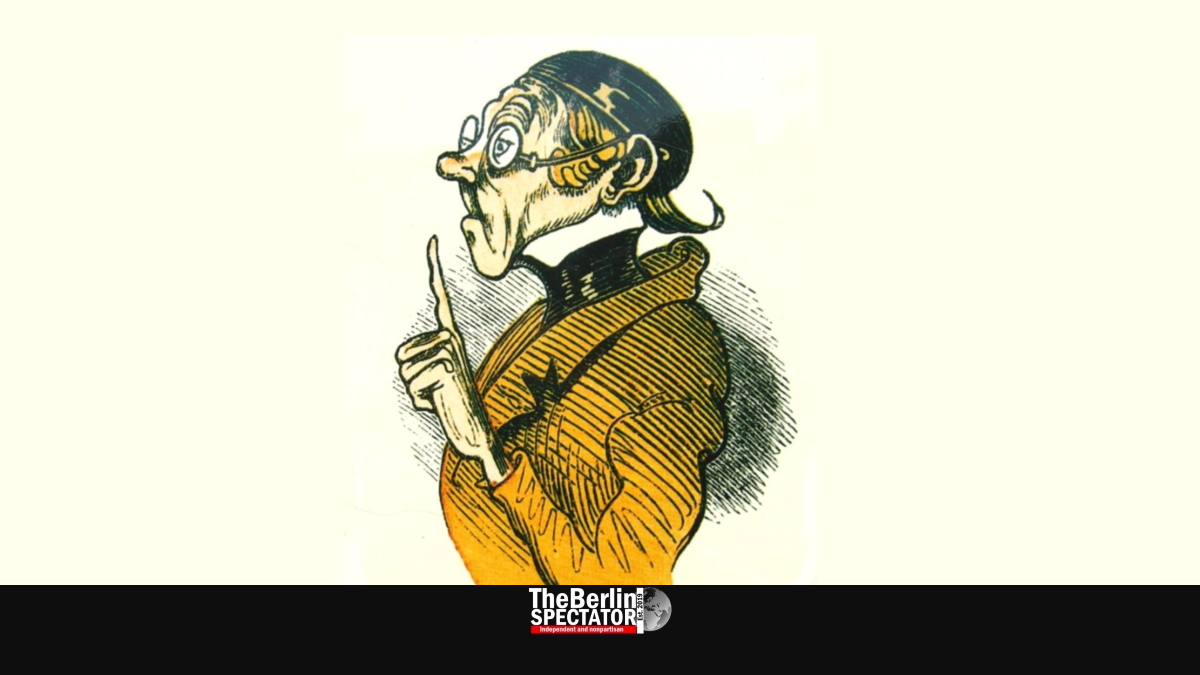 When was the last time that many people told us what to do and what to refrain from? The Coronavirus crisis makes all those teacher types become active.

The only people who should be telling us what to do are doctors and scientists, experts who know what in the hell they are talking about. But even they do not seem to be in sync. One of those institute professors says we should not panic. Between the lines, the next one says we should.

Guys, agree on something first, and then tell us whether we should panic or not, o.k.? Thanks. We can’t panic and not panic at the same time. Of course we will follow your recommendation, but it should be unanimous. Until there is a decision, we will probably choose to panic. That approach is more popular these days.

Of course there are many other individuals who feel the inner need to give us orders, as if they were Gunnery Sergeant Hartman.

People tell us not to shake hands. What happened to politeness? Germany’s Health Minister tells us not to travel to North Rhine-Westphalia. Berlin’s State Secretary for Federal Affairs Sawsan Chebli accuses us of buying too much toilet paper before calling her Tweet a “joke” later on. Give us a break.

Biology professors are telling us to shut down Germany for two weeks. They are calling it “Corona Vacation”. Others say we should just go on with our lives as if nothing was happening. The federal government says we should avoid big events, while Manfred Mann is asking us to attend his upcoming concerts. And, in The Guardian, Owen Jones is telling us to treat the climate crisis with the same urgency as the damned Coronavirus. The problem is that the man might actually be right.

Related Columns (This one continues below.)

The Berlin Perspective: ‘I Will Change My Name to…

‘Media Markt’ tells us to purchase a new TV set for 2000 Euro, as if this was the solution to all problems during this crisis which coincides with the end of the TV era. Our scale tells us to move more. Deutsche Bahn insists we should wait 20 minutes longer before being infected on one of their trains because of “a delay in the operating procedure”.

The German government makes us aware of the fact that “not all destinations are risk destinations”, meaning they are telling us to travel in order to save the aviation industry. Awesome. Isn’t that what led to this whole thing? Hey, if you are so convinced, travel yourself. But leave us the hell alone.

Coronavirus in Germany: No End in Sight