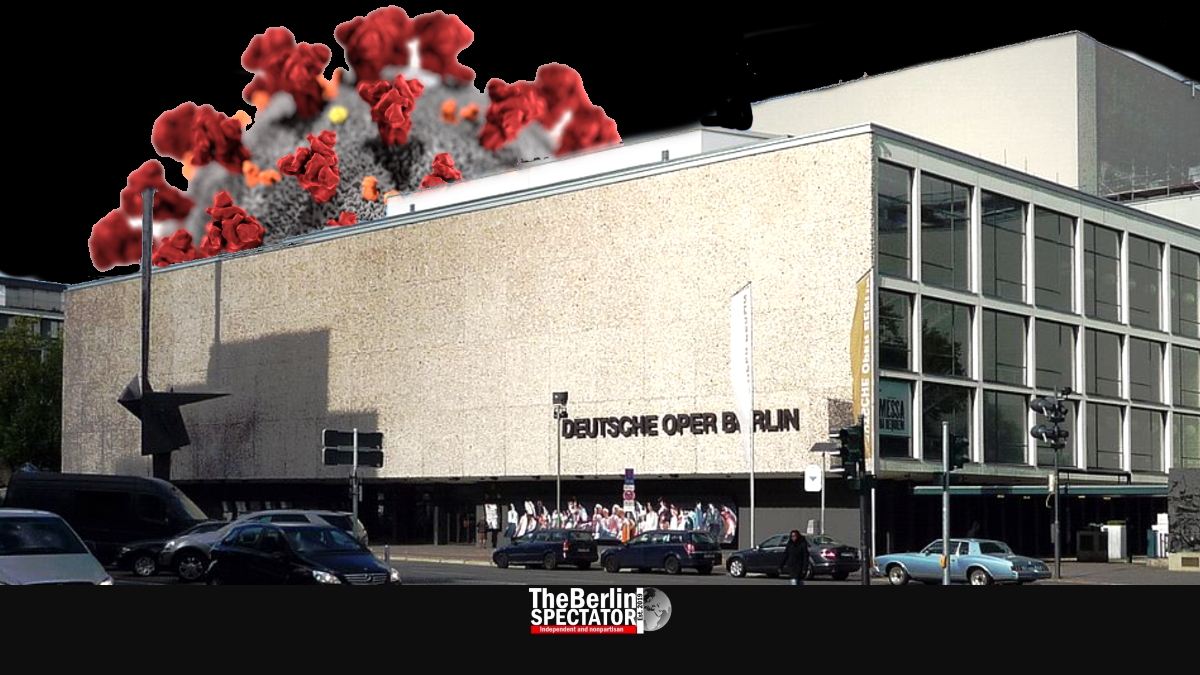 Berlin has taken another measure designed to slow down the spread of the Coronavirus. State-owned cultural venues will close. The measure is supposed to kick in as early as tomorrow.

“The white swans and their fragile queen Odette, who with her ethereal spell bewitches the melancholic prince, or the festive ball scenes, during which the entire court falls into a frenzy over the seductive Odile – it is images like these that have created the myth of Swan Lake.” This is how Deutsche Oper Berlin announces ‘Swan Lake’. But the seductive Odile will not enter the stage. Nobody will.

Pyotr Ilyich Tchaikovsky’s ‘Swan Lake’ at Deutsche Oper Berlin is cancelled. All big performances are, including those announced by the state-owned concert halls and theaters. This measure implemented by Berlin’s Senator of Culture, Klaus Lederer, is valid until after Easter. The decision is restricting the cultural life Berlin is known for, and it might even be prolonged, depending on the Corona situation.

“We have decided to cancel (…) events in big halls”, Lederer, a member of the left-wing party ‘Die Linke’ told RBB radio. “We recommend the same measure to private venues”, he said. Starting tomorrow, no ‘Swan Lake’, no big theater performances or classical concerts will take place.

Regarding smaller venues with capacities of up to 500 people, decisions needed to be taken based on the risk assessment communicated by the Robert Koch Institute (RKI), Senator Lederer said. As a government agency and research institute, the RKI is Germany’s equivalent of the Center for Disease Control in the United States.

On Deutsche Oper’s website, a note said all events on the big stage needed to be cancelled from March 11th to April 19th, 2020. Smaller events would take place until further notice. The opera announced more information about refunds for tickets. Those would be posted on Wednesday.

Klaus Lederer’s decision seemed to run contrary to statements Governing Mayor Michael Müller, a Social Democrat, had made just hours before. He had said solo action was not the right way. The federal states within Germany needed to take a decision on rules for events together, Müller had stated in the morning.

On Thursday, the First Ministers from all 16 federal states will discuss several subjects, including the implications of the Coronavirus crisis and measures to contain the spread of the virus as much as possible. While Bavaria already forbade events with 1000 people or more, other provinces and city states, including Berlin, were going to wait for a mutual decision. Then Senator Lederer came up with his.

Governing Mayor Müller believes that only a nationwide, uniform rule makes sense. He said otherwise events could be cancelled in Berlin’s Zehlendorf district, but take place 100 meters down the road instead, in Kleinmachnow, which belongs to neighboring Brandenburg.

Germany Steps Up Fight Against Coronavirus