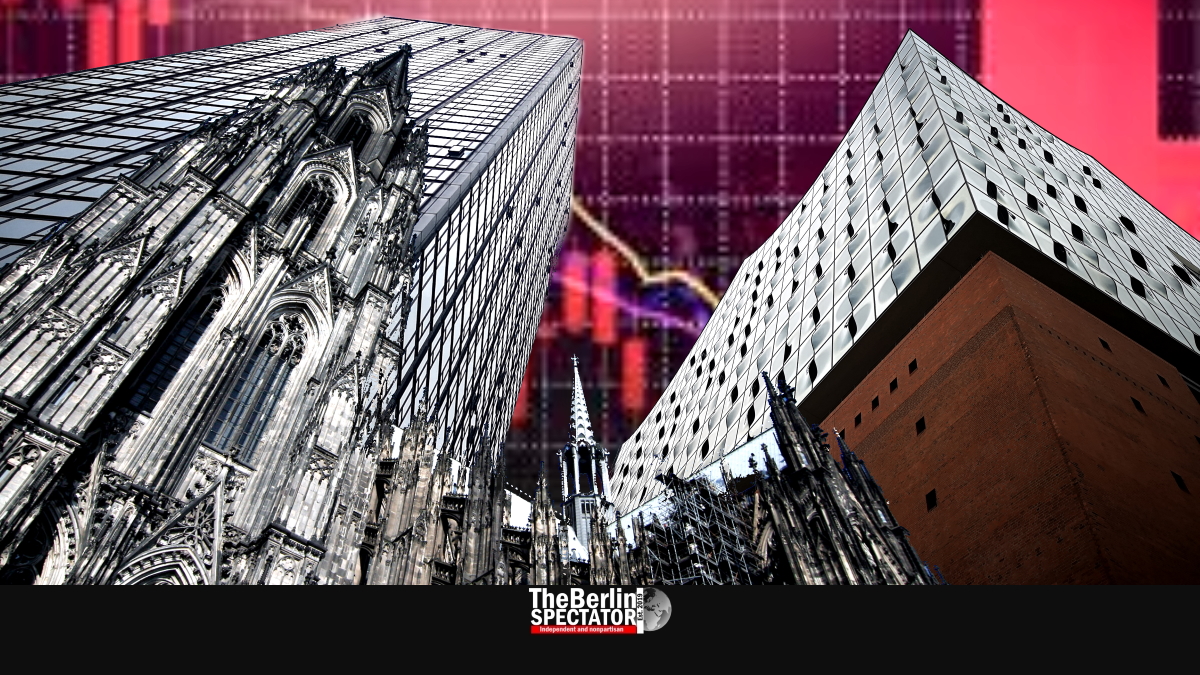 The fact that most stocks at the Frankfurt Stock Exchange slumped was one of many problems, as the general situation in Germany worsened further on Monday. Two Germans infected with the Coronavirus died.

On Tuesday morning, Germany had 1224 confirmed Coronavirus cases. There would have been two more, 1226, had there not been two deaths in North Rhine-Westphalia. In the city of Essen, an 89-year-old woman died of the respiratory disease caused by the virus. She had tested positive on Tuesday. In Heinsberg, the county hardest hit by the Coronavirus, another person died.

Everyone and Everything Affected

North Rhine-Westphalia’s Health Minister Karl-Josef Laumann said the situation had to be taken seriously. With consternation he had learned about the two deaths. Laumann said his thoughts were with the next of kin. Experts believe the virus will cause many more deaths in Germany, just like it did in other countries.

By now, the virus pretty much affects everyone and everything in Germany, including the stock markets. At the Frankfurt Stock Exchange, the DAX Index slumped by more that 8 percent on what will likely go down in history as ‘Black Monday’. But stock traders were not the only people who felt the effects of the Coronavirus.

Germany’s armed forces, the Bundeswehr, closed down its Barracks in Cologne because one soldier tested positive. A hundred soldiers are now in quarantine. More authorities in Germany’s 16 federal states now believe big events with more than 1000 participants need to be forbidden. Health Minister Jens Spahn had recommended cancellations of such events on Sunday, without imposing any official ban.

In Berlin, the federal government is committed to avoid bankruptcies caused by the Coronavirus and its effects on life in Germany. Commerce Minister Peter Altmaier announced more support for companies. Chancellor Angela Merkel’s spokesman Steffen Seibert said it was the government’s goal to make sure no jobs would be lost because of the outbreak.

Merkel herself stated a determined fight against the Coronavirus needed to be fought. All measures taken were about trying to slow down the spread. Buying time was important for medical research, and because Germany needed to prepare for the next winter, when the spread of the virus would likely accelerate. Another 145 million Euro for research were just approved.

All over Germany, more hospitals established emergency admissions and special wards for Coronavirus patients. Thousands of people are forced to go into quarantine every day. In Neustadt/Dosse, a town in Brandenburg, 5000 individuals now have to stay in their homes because of a suspected case at a large school.

General practitioners all over Germany were unburdened a little by a new rule. From now on, patients with cold symptoms can get sick notes for up to a week on the phone. That way doctors have more time to deal with other patients, and the risk of a spread of the Coronavirus in medical practices decreases.

In Berlin, the official number of infected persons was 48 on Tuesday morning. The German capital is losing a lot of business in many areas. For instance, trade fairs like the ITB were cancelled. The number of business travelers and tourists who come to Berlin is decreasing dramatically. In 2019, almost 14 million tourists came. Many of them entered the dome of the Berlin Reichstag. It was just closed until further notice.

Even though all signs had pointed towards further growth just a few weeks ago, the number of tourists will definitely slump in 2020, for obvious reasons. This hurts hotels, restaurants and retailers. In order to help them cope, the state-owned IBB bank is already offering them loans at reduced interest.

In Italy, where the situation is far worse at this stage, with over 9000 Coronavirus cases and 469 deaths as of Tuesday morning, the authorities took more drastic measures. The travel restrictions imposed on northern Italy a few days ago were now extended across the entire country. All skiing resorts were closed, public gatherings are forbidden.

In France, the number of infected persons is 1412, thirty Coronavirus patients have died. Further south, in Spain, 1231 cases were reported on Monday night. There were thirty deaths here as well. In the United Kingdom, the Netherlands and Switzerland, the number of Corona patients was above 300.