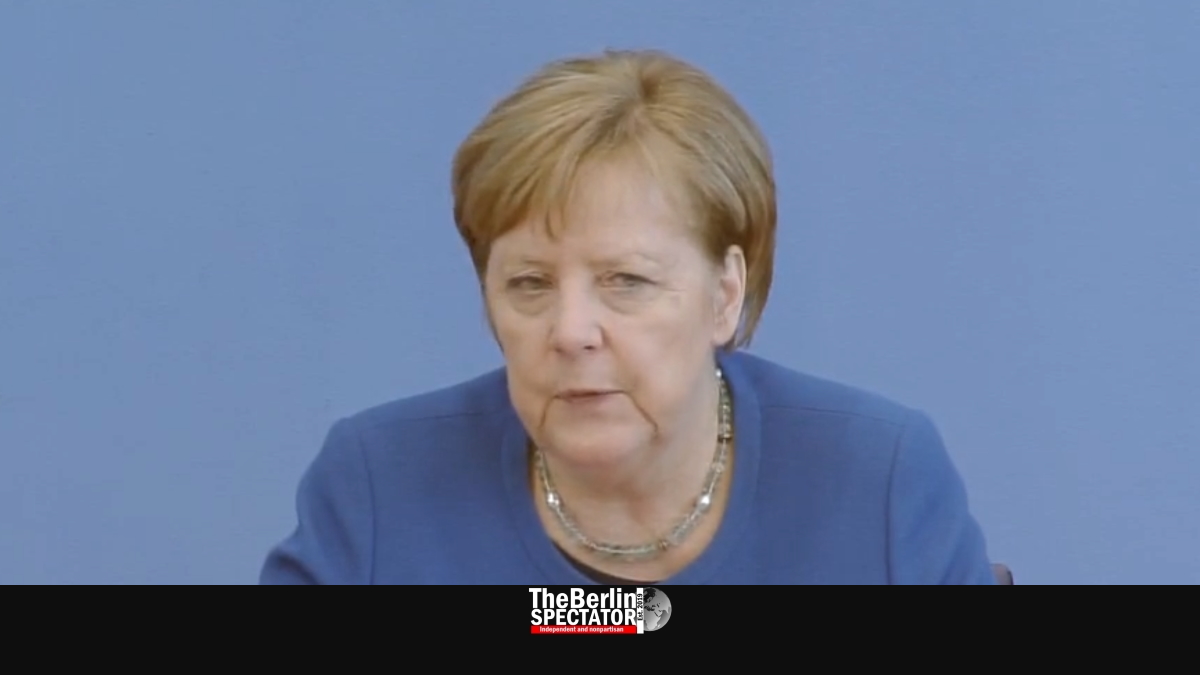 For the first time since the crisis commenced, Chancellor Angela Merkel commented on the Coronavirus and the fight against the pandemic in depth. She said it was all about protecting people.

After a video conference she had with the President of the European Commission, Ursula von der Leyen, and a number of heads of government and heads of state, Angela Merkel used a Berlin press conference to make her first in-depth remarks regarding the Coronavirus and its implications.

No, Immunity, Therapy or Vaccine

She said the virus had reached Europe. “The standards of our actions are based on what experts are telling us”, the Chancellor stated. At this stage people were not immune against the Coronavirus, there was no known therapy and no vaccine. Therefore 60 to 70 percent of all people in Germany could be infected.

For that reason, scientists were working on this issue intensively. The priorities included not to overburden the health system. This could be achieved by slowing down the spread of the Coronavirus. All measures taken were about buying time, the Chancellor stressed. Additional priorities would be set along the way.

It was important that the institutions and the health system could function. Helping the economy in this situation was another important aspect. On the other hand, the question whether a soccer match took place with or without a live audience on site was not the central problem.

Angela Merkel mentioned “our Italian friends”. She said the situation in Italy “depresses us a lot.” She wished the Italians that their “hard measures” would lead to improvement. While Germany had 1622 confirmed Coronavirus cases on Wednesday at around noon, Italy had more than 10,000. So far, 631 Corona patients in Italy have died. Germany has registered three related deaths so far.

The Chancellor announced a circle of virology experts which the European Union was putting together. Europe needed to find a way that made sure no health system would be overburdened. The focus was on research, Merkel stated. Germany had reacted quickly by providing 140 million Euro (159 million U.S. Dollars or 123 Pounds Sterling) for the development of a new vaccine.

What the German economy was concerned, measures had been taken. Help for companies with a lack of liquidity would be coming soon. Merkel also announced a Corona Response Investment Initiative on the European level.

Ahead of tomorrow’s conference of First Ministers from Germany’s federal states the Chancellor said it was necessary to act in an aligned way. Any measures would have to be based on the recommendations of the Robert Koch Institute, the equivalent of the American CDC. It was all about protecting people.

“I hope we will pass the test”, Angela Merkel said. During her press conference the Chancellor showed empathy, for instance by wishing Italy success in its difficult situation. And she showed the Berlin government does have a concept which it keeps on revising, depending on the changing situation.

Professor Lothar Wieler from the Robert Koch Institute said there would be far more Coronavirus cases, and more people in Germany would die. Elderly people and those with pre-existing conditions carried a higher risk. The best way to protect them was not to expose them to the virus.

Three aspects were important, Wieler stated. The spread of the Coronavirus needed to be slowed down and vulnerable groups had to be protected. Thirdly, hospitals needed to prepare for far more patients with respiratory diseases.